The story of the “Endurance” is not one of success but one human resilience. When Habring² and CronotempVs Collectors set out to create a watch with unique characteristics, the journey lead by Ernest Shackleton starting in 1914 came to mind. An adventure that still today is one the most incredible testaments to survival in human history. Little did Shackleton and his crew know that over a century later the Imperial Trans-Antarctic Expedition would still be remembered not for reaching a goal but instead, for overcoming extreme adversity. What better way to render homage to these men and their three year long ordeal in the arctic. A tribute in form of an instrument that would or could have been part of this journey, the Endurance.

The Endurance by Habring² is the result of pragmatism, experience and daring. All traits that make this a unique timepiece while never letting the clean and appreciated Felix DNA. From its double-domed sapphire glass to its back engraving, the Endurance is meant to be a testament to elegance as well as a companion for extreme conditions. 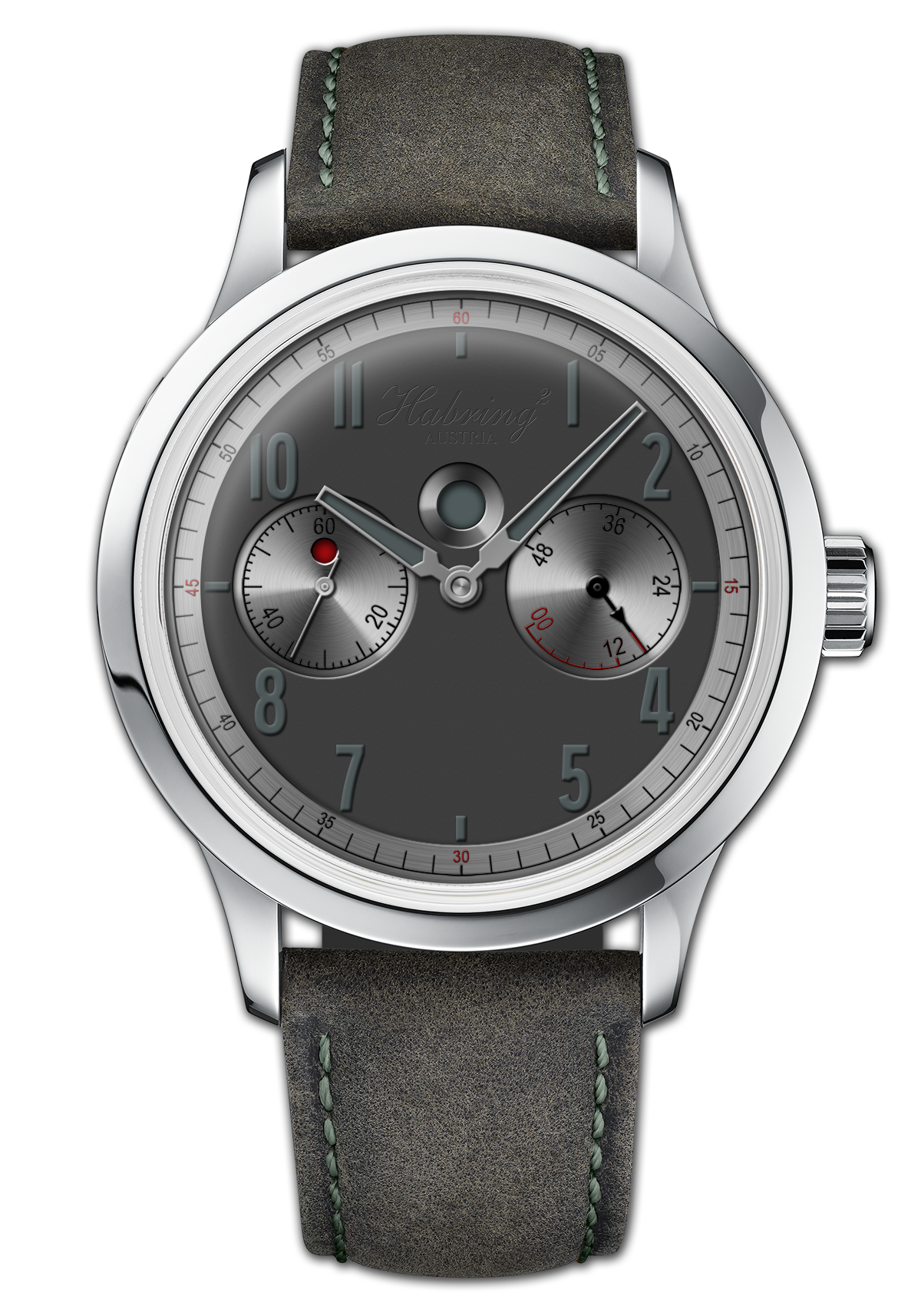 A fairly certain and quick way to double check that the watch is functioning. Seemingly redundant at first, in times where people’s lives dependent on chronometry (especially at sea) such visual confirmations would be essential to not only success but survival as well.

As all know, in the poles the boundaries between day and night are not always clear. Winters are in perpetual darkness and days never end. A simple reference without the need to add a 24-hour hand would be more efficient and effective to solve any doubts.

As with all marine chronometers it is absolutely essential to be able to track the current power reserve levels at all times. Traditionally only the ship’s Captain was in charge of maintaining the ships chronometer would at all times. Letting the clock stop would be a grave issue.

Although worn on the wrist and protected from the cold the Endurance expedition did not experience a voyage at the refuge of a warm officer’s cabin. Paying tribute to this journey without thinking of the cold would simply not have been right.

The Habring Magnetic Shielding plays an essential role in protecting the watch from magnetism. Today we are surrounded more than ever by very strong magnets. The HMS focuses on the crucial and most vulnerable part of the watch, the spiral.

Only 33 units of this watch and movement will ever be made. There will be no subsequent versions in any color, design or case material. Delivery is expected in the second quarter of 2021. Details of the location and date of the delivery event will only be disclosed to the owners.