The process of finishing a movement refers to the work done on all the components of a movement to improve their surface and contours. It also enhances its beauty, making it less crude. This need appeared as watch makers started to miniaturize the watches, hence reducing the space between two components. Movement’s finishing also has another practical function: it helps avoiding undesired friction and debris from components traveling in the movement, and it catches some dust (the purpose of circular-graining and/or Côtes de Genève).

Finishing a movement also includes plating and engraving: the first one is done to prevent oxidation while the second is purely decorative. We, at TWE, do not especially appreciate engraving. Our view is that a perfectly finished movement does not need the help of engraving to enhance its beauty. On the contrary, nowadays we see too many brands engrave movements to hide scratches or imperfect finishes.

Some issues about finishes have nothing to do with functionality but everything with art and beauty: beveling (anglage), inward and outward angling, rounding (berçage), blueing parts and circular-graining (perlage). This is about style as well as know-how.

With most manufactures, dedicated craftsmen do this process, while the watch makers only take care of the assembling and regulation of the movement. At some independent watch makers (Philippe Dufour, Romain Gauthier, Kari Voutilainen, Haldimann, De Bethune…), the watch maker is also in charge of the finishes.

As an average, a simple movement contains around 150 – 200 components. One can easily imagine the amount of time needed to finish each of them in a complicated movement, with some having over 600 components. When you know that to finish a tourbillon’s bridge (by hand of course) with a bercé and inward angles, the craftsman can spend between 6 and 8 hours, you realize that all of a sudden this step is of paramount importance in the production cost of a movement. In fact, for the real haute horlogerie brands, the cost of finishing a movement accounts for 35 – 50 % of the total cost of the watch.

This represents only the actual cost, meaning the numbers of hours spent multiplied by the number of persons involved multiplied by the hourly cost of a watch maker. If we were to be perfectly complete, we should add to this cost the training cost (years and years) of the craftsmen and the cost of the lost components (i.e. the components that have been finished but have failed to pass the quality check, plus the time spent in vain by the craftsmen).

Why is it so difficult?

Strangely, the most valuable part of the watch is the less known one as well as the least appreciated either by the end customers or by the commercial staff inside the manufacture. Which brand communicates on its ability to produce state-of-the-art finishes? No one. Why? Because it is not that easy to understand and very few commercial and/or communication & marketing people know what the finishes of a movement consist of.

Also because many brands DO NOT WANT to communicate on that issue, as they know that their actual production is not up to their reputation and/or haute horlogerie covenants. Especially among the haute horlogerie  brands.

This is a true shame for all these brands that are the depositary of a tradition that is at risk now.

Problem: it costs a lot and it is not appreciated as it should be. But, the risk is that machine imitation of hand finishes will become more and more common. The consequences would go far beyond the simple fact that the human would be replaced by a machine and it would be a pity for the romantic lovers of the past. No, it would be the tragic loss of a portion of the human knowledge (a small one though) in favor of reduced costs and increased margins, in one phrase: in favor of money.

Of course it is useless if we consider that the human being only needs to do useful things. For those who consider that art, excellence, effort and achievement are an objective in themselves and are useful in another way, it would be a dramatic loss as nowhere else is this art used nowadays.

Now, what are the criteria to judge the finishes of a movement? How can I know that this movement has been finished by hand and not by a machine? Well, first of all, let’s say that watch makers have ALWAYS used machines, even in the 17th century. Of course, nothing to do with the modern CNC or electro-erosion machines that one normally sees in a manufacture. As a proof, there are two brands that dedicate a huge part of their museum to these machines: JeanRichard in La-Chaux-de-Fonds and DeWitt in Geneva.

Watchmakers have always used machines when the result of that use was better than with the hand. It is still the case today in some traditional brands.  A good result does NOT mean that the result is always the same: the wonderful thing about hand finishing is that each watch will be slightly different from the others. Oddly, some computer programs do introduce some irregularities in their work to copy the result of a hand finished circular-graining…

Inward angles: this is the definite issue. A machine cannot do an inward angle without leaving a burr on the bevel, and we at TWE do not know of any machine being able to do an inward angle. Why? Because an angle will be milled with a cutter that has a rounded head, hence the angle will always be rounded. Only the hand of the watch maker can make a perfect inward angle. It is also true with outward angles, but there are now some machines that can cut the bridge neatly; in any case the polish on the bevel will have to be done by hand.

Black polish: black polish is also called mirror polish. This way of polishing consists in achieving a perfectly flat surface that shall reflect the light only in one direction. Depending on the sight angle, the aspect of the component will be black, grey or white. This finish can be obtained only by hand. Such finish can be found on screws, hammers of a minute-repeater (or sonnerie), on the bridge of a tourbillon or on certain bridges of end pieces (eg. on several DeBethune timepieces).

Bevelled screw-head slot: yes it exists. Only to be spotted with a good loupe or microscope.

Rounded-off: this type of finish is normally done on the bevels, bridges or the fork of an escapement.

These examples illustrate the huge amount of time required to finish a movement by hand. The round-off of a tourbillon’s bridge can take as long as 6 to 8 hours and a nice inward angle with a perfectly polished bevel also. So imagine how much time a watch maker has to spend to finish a movement consisting of 250 or 300 components!

Time has no respect for what is done without it; nothing will replace the art of a perfectly executed hand finish. Machines are more and more precise, but the hand of a master watch maker will never be replaced.

So, the next time you look at an open case-back watch, try to spot these details to determine whether the movement has been finished by hand and if it really meets the haute horlogerie criteria. By doing that, you will just help this unknown art to perdure, and any comment will definitely please the watchmaker (if he hears you). 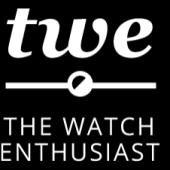