BVLGARI Octo Finissimo continues its Saga made of excellence and performance 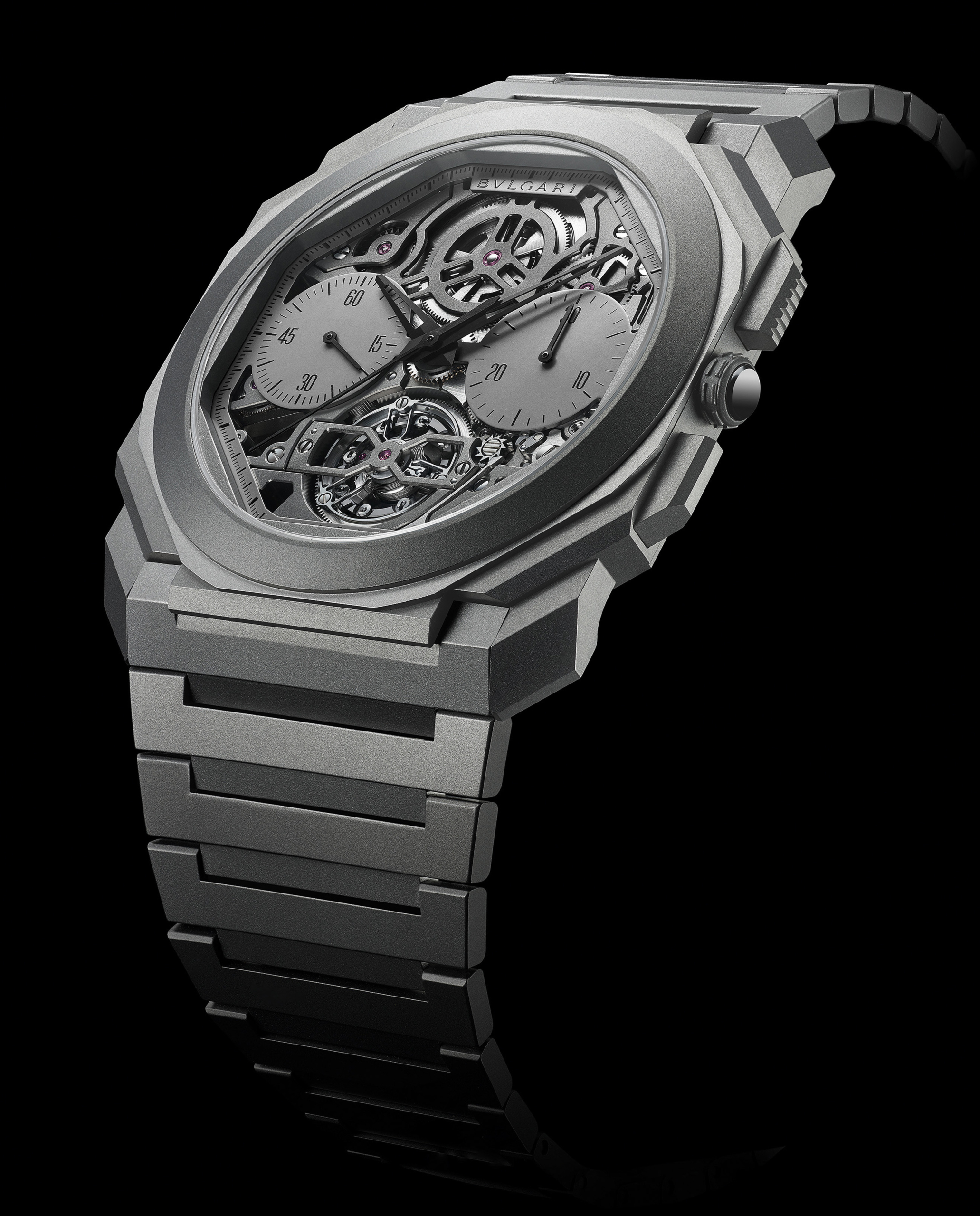 Fueled by passion, and driven by excellence and artistry, Octo continues to shift the paradigm of modern-day watchmaking with its latest and sixth World Record-breaking design: the Octo Finissimo Tourbillon Chronograph Skeleton Automatic Watch. The saga goes on with a new exceptional creation that highlights a mechanical manufacture ultra-thin skeleton movement with automatic winding, chronograph single-push and tourbillon. All those features combined for a 7.40mm total thickness, a concentrate of excellence and performance. Here is the Bvlgari Octo Finissimo Tourbillon Chronograph.

From the first model launched in 2014, Bvlgari Octo watch has built a saga of groundbreaking thinness records. But beyond those successive prowess’s, Octo Finissimo has reset the codes of watch design to become a new cult watch model. 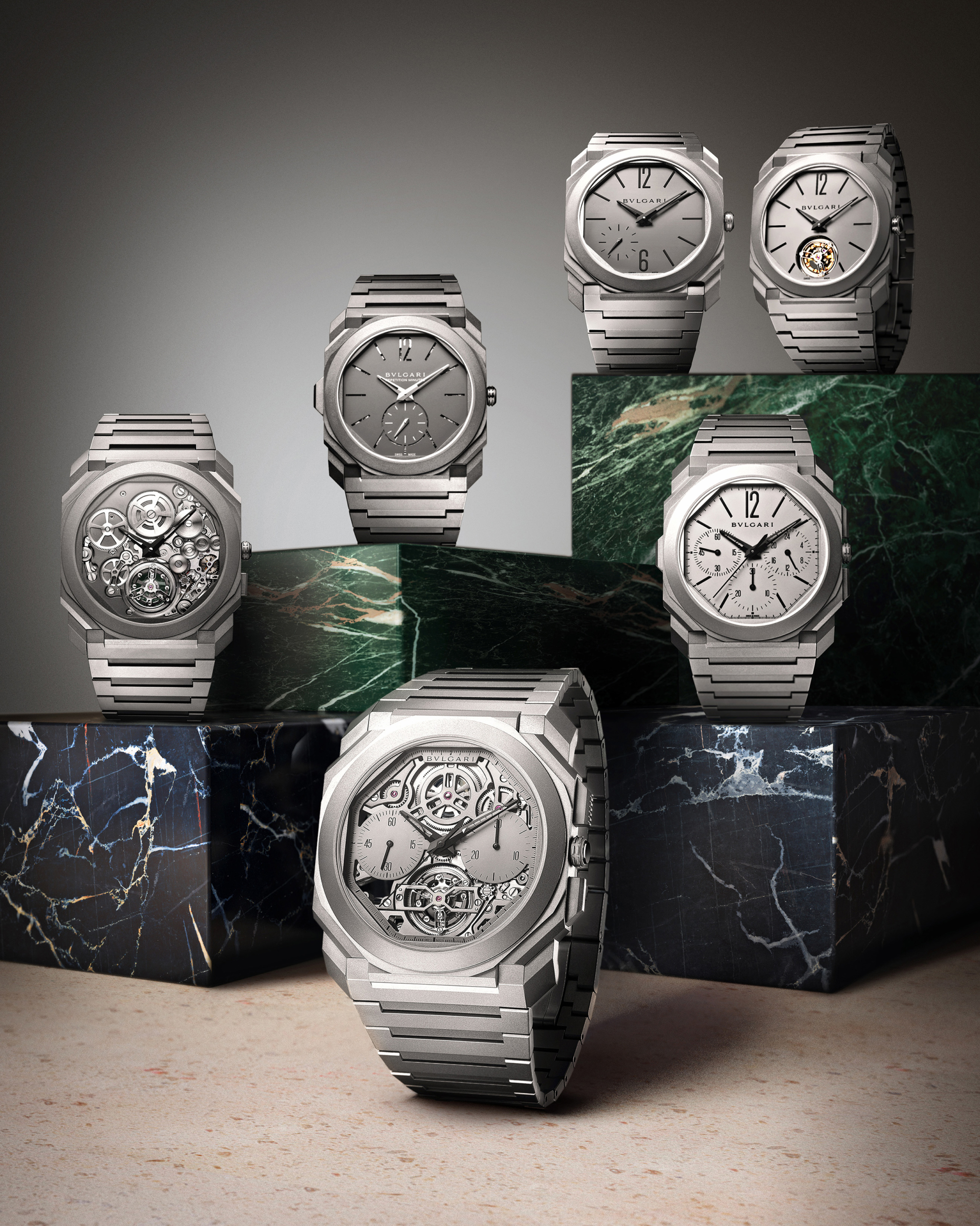 Since that time, it has evolved into a central theme of the Octo collection. A distinctive characteristic of the watch known for its charisma, elegance and daring. There is no limit to Octo, as seen in the continuity of its progress, and that the watch has continued to achieve new world records with each passing year.

This new Octo Finissimo launched during the Geneva Watch Days trusts again the World Record podium in the ultra-thin and ultra-complicated automatic watches: it combines the single-push chronograph with a tourbillon functions, driven by a peripheral oscillating mass for a 3.50mm movement thickness. There is no equivalent including all these features on the market within such a reduced thinness. The innovations to deliver this development have privileged the most refined technical solutions such as a horizontal clutch and a column wheel securing the best performances.

The Octo saga is driven by a passion for excellence, showing a remarkable attention to detail and unique know-how in all of its designs. Beyond that, it is also a story of performance. Octo is known for its mechanical brilliance, and leverages the expertise of Swiss watchmaking to created new editions that are technical masterpieces — a feature that is made even more impressive by the thinness of the models.

Since its inception, Octo has been visionary in terms of the sleekness of its designs. With each new record holder, it seeks to make the impossible real — and has succeeded. The collection has achieved this miniaturization without sacrificing performance. Therein lies the genius of Octo.

Bvlgari watchmaking has long established itself as a master of L’Estetica della Meccanica, fusing its soul — that of The Roman Jeweller — with the technical expertise of Swiss watchmaking and mechanical movements. In doing so, it has led its own revolution in watchmaking, uniting cutting-edge aesthetics with technical mastery in a way that is utterly unique and singular to the Maison. In this way, Bvlgari has assumed the role of The Roman Jeweller of Time.

Within the luxury watches landscape, Bvlgari is unrivalled, carving out a niche of excellence with its provocative pieces. The Octo saga is perhaps the greatest example of Bvlgari’s signature disruptiveness, its passion for pushing the envelope and moving the needle on modern day watch design, with seemingly boundless vision and execution. 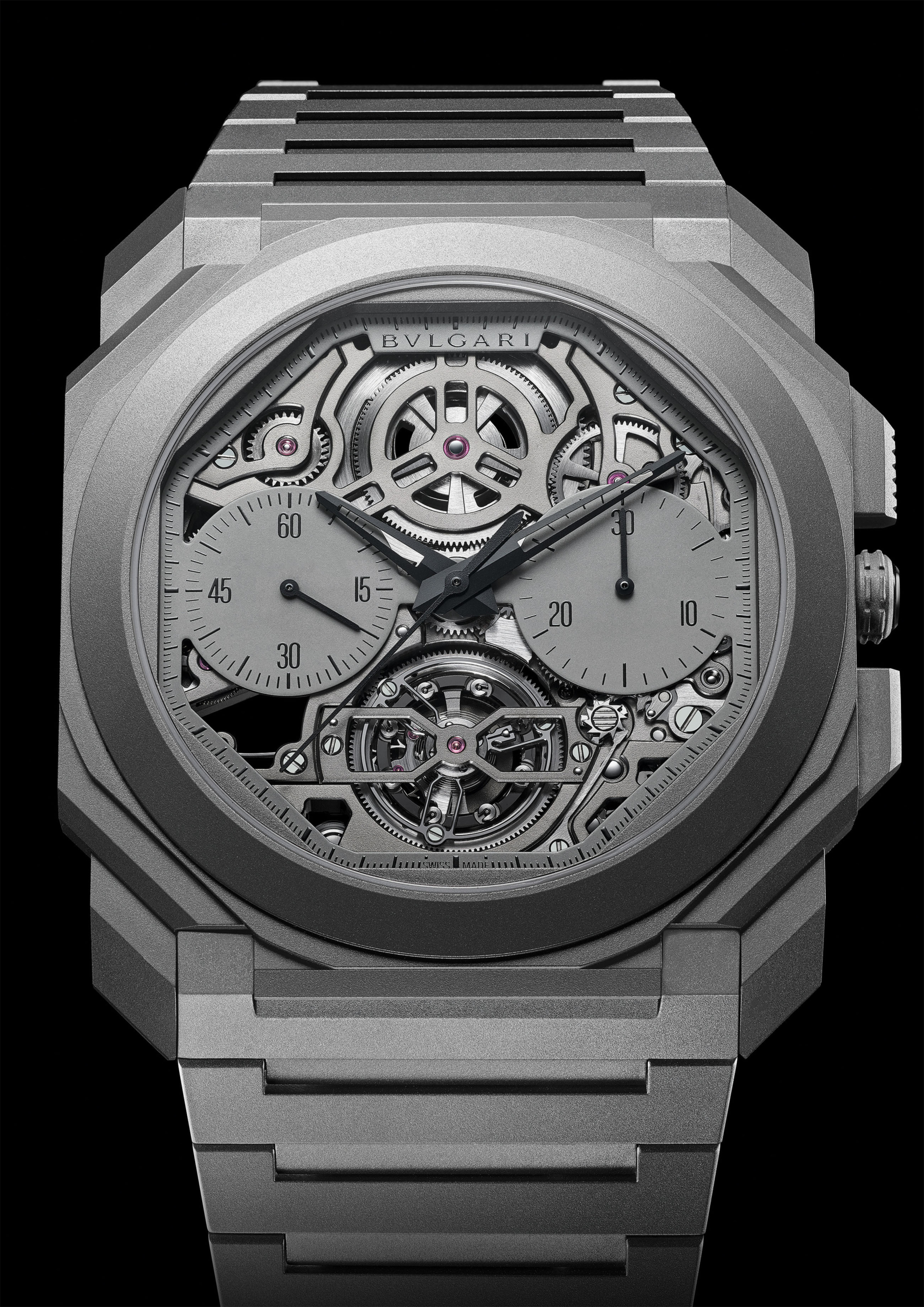 The six-year-long Octo saga, and the continuation of the story with yet another world record breaking Finissimo, highlights the exceptional nature of Bvlgari and its designs. It is part and parcel of the larger story of the Roman jeweller, which has always combined technical mastery with an unbridled visionary approach.