The new Chronomètre FB 2RE: an unprecedented mechanical feat 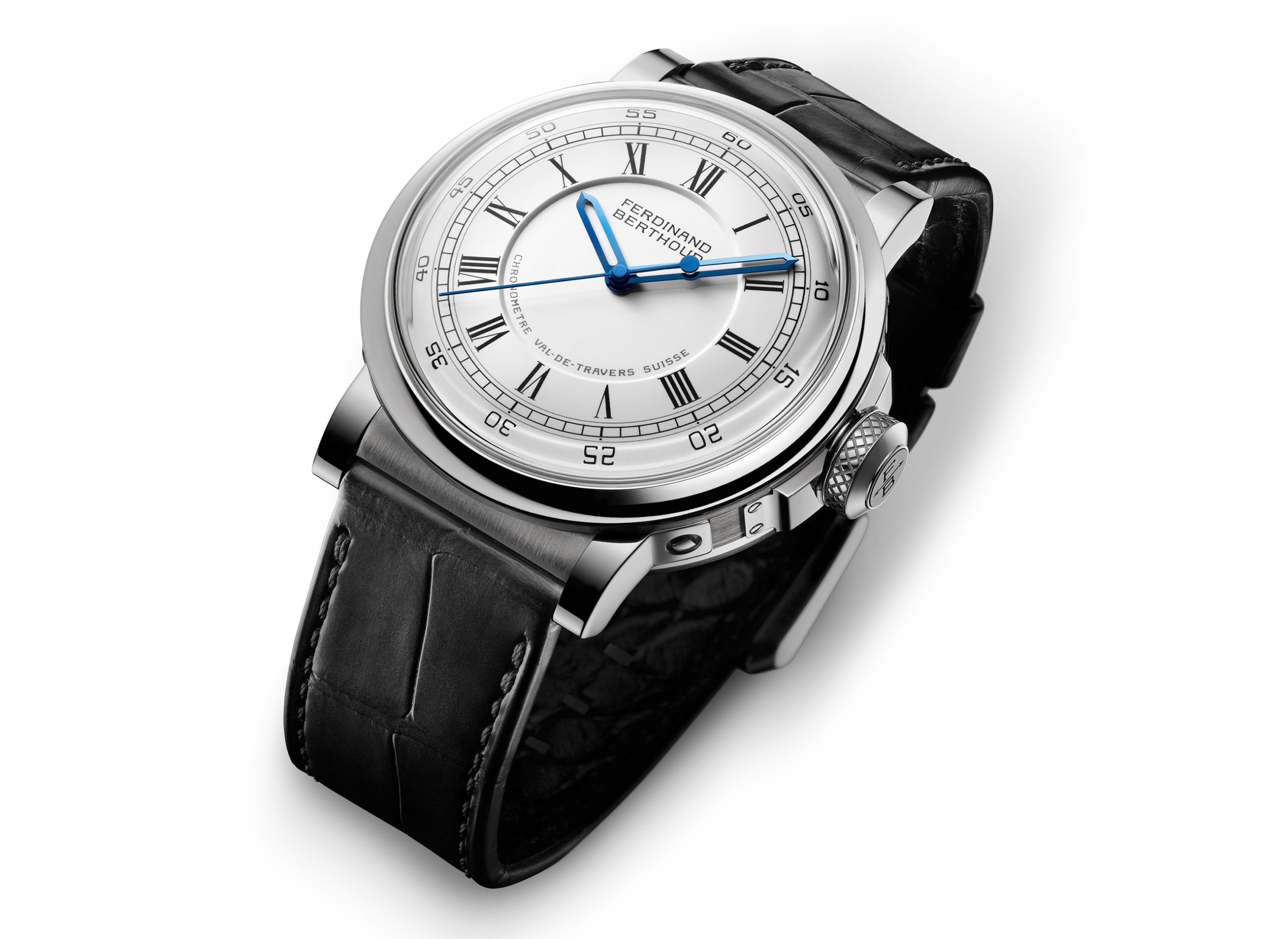 In 1770, Ferdinand Berthoud was awarded the title of “Clockmaker and Mechanic by appointment to the French King and Navy”. Chronométrie Ferdinand Berthoud is celebrating this 250th anniversary by unveiling a new collection inspired by the Marine Clock No.6: the Chronomètre FB 2RE.

This new timepiece reinterprets the architecture and design of this Marine Clock. Fitted along its middle with a large panoramic window, the round 18-carat gold case frames a grand feu enamel dial with a complex two-tiered construction. Beneath this traditional, uncluttered display lies an exceptional mechanism: the new Chronomètre FB 2RE combines the emblematic fusee-and-chain transmission with a one-second remontoir d’égalité mechanism. A model charting a course towards a new world of mechanical precision entirely in keeping with the lifework of Ferdinand Berthoud. 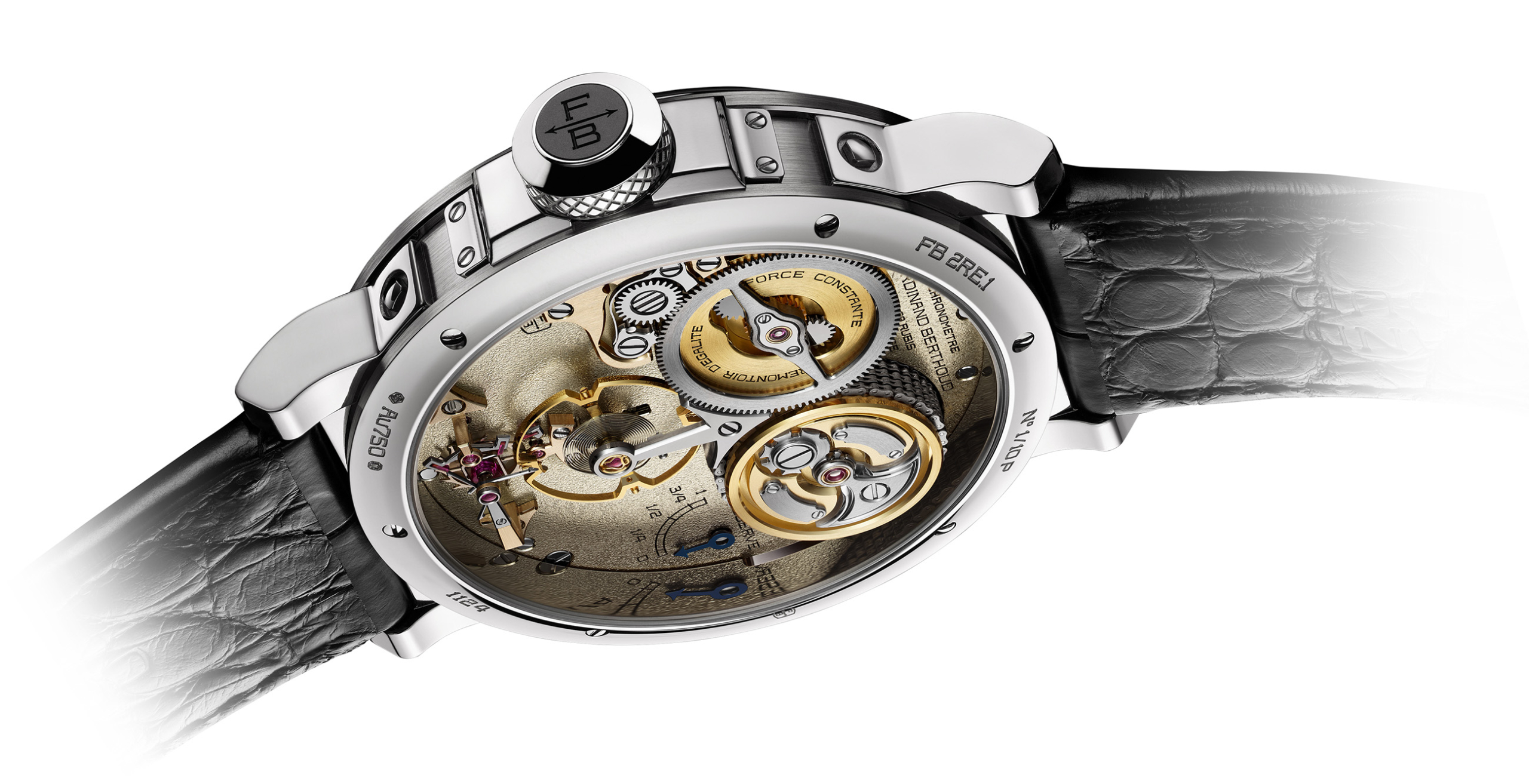 To celebrate the 250th anniversary of this major scientific breakthrough that has left an indelible imprint on history, Chronométrie Ferdinand Berthoud presents a new emblematic collection: the Chronomètre FB 2RE. This model pays tribute to the genius of Ferdinand Berthoud, as revealed in the extraordinary Marine Clock No. 6. Inspired by its architecture and design, it introduces a new movement, a symbol of excellence and chronometric precision: Calibre FB-RE.FC with remontoir d’égalité, often referred to in English watchmaking parlance as a remontoire.

Once again, Chronométrie Ferdinand Berthoud is creating an exceptional contemporary timepiece deeply rooted in Ferdinand Berthoud’s legacy.  This new top-of-the-range wrist chronometer benefits from the latest technological advances, while paying tribute to the master watchmaker, a trailblazer in his own era. 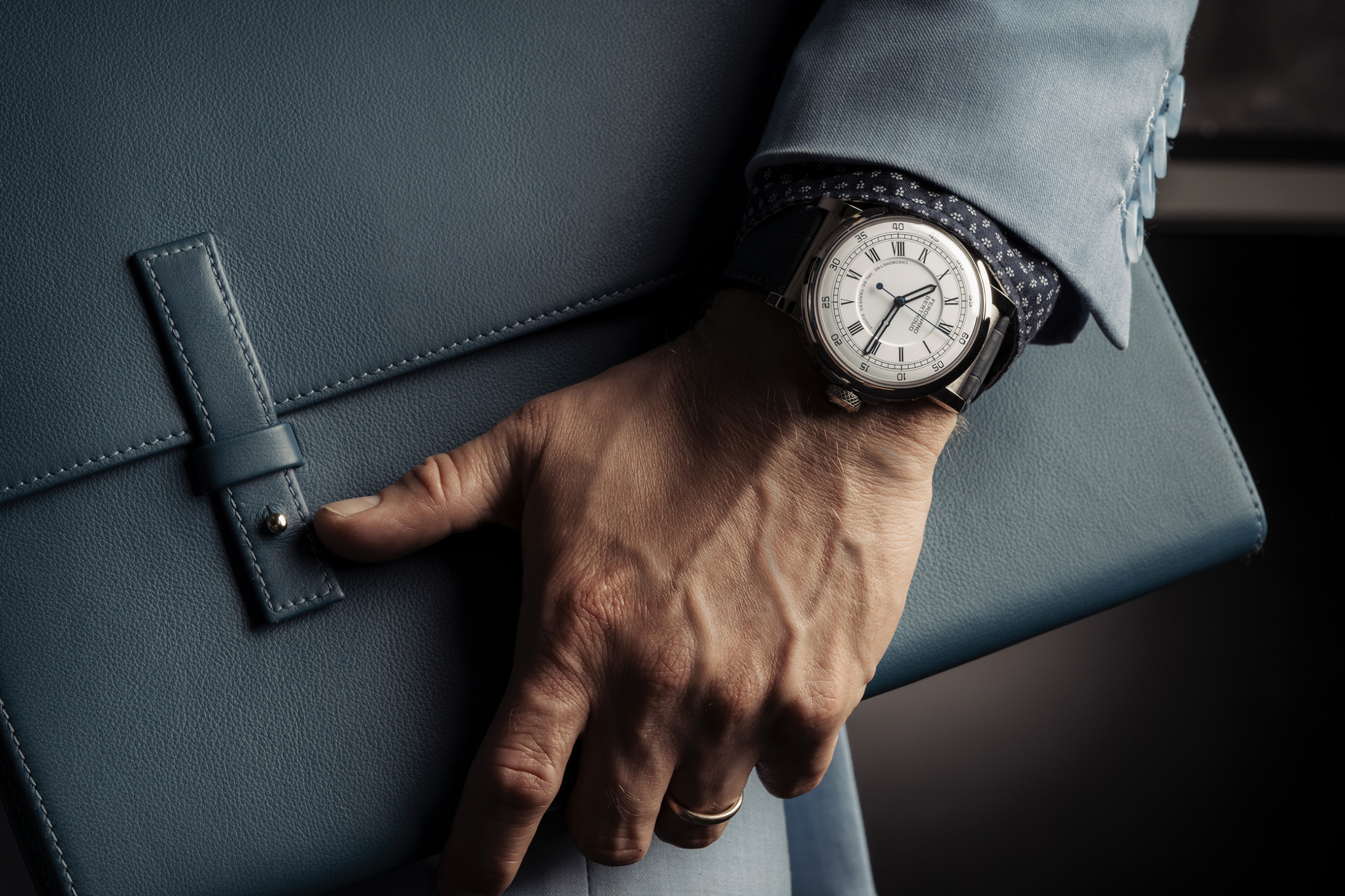 As described by Ferdinand Berthoud in his Traité des horloges marines (Treatise on Marine Clocks) published in Paris in 1773, the mechanisms of Marine Clocks are protected by a cylindrical copper drum, itself held in a horizontal position by a gimbal suspension system that he invented. 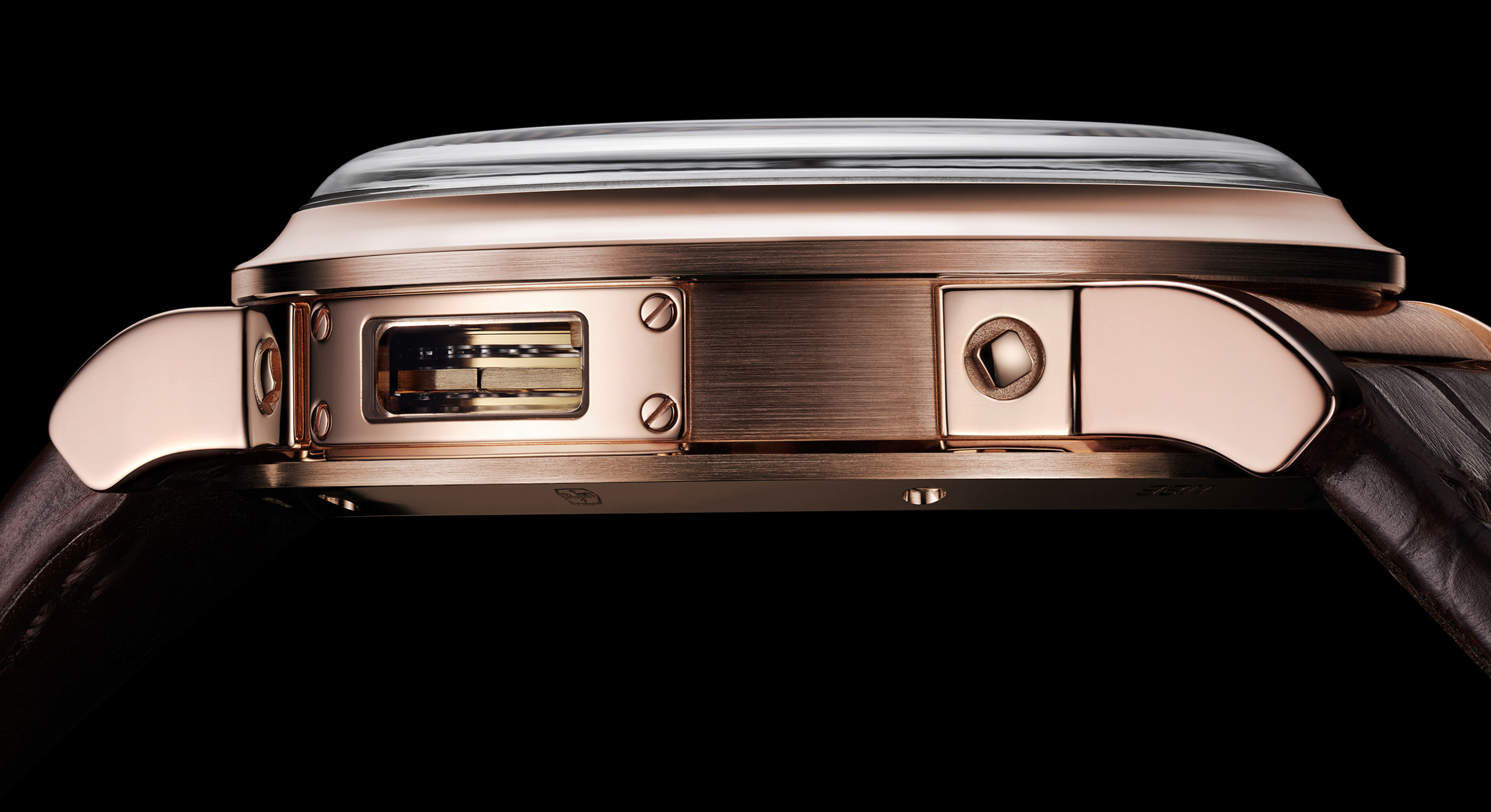 The case of the Chronomètre FB 2RE picks up the shape of these Marine Clocks and this modular construction. The movement is installed in a cylindrical container made of 18-carat gold and water-resistant to 30 metres. Short, tapering all-of-piece lugs are solidly secured to the case by stylised bolts and ensure the Chronomètre FB 2RE smoothly moulds the contours of the wrist.

In order to facilitate reading off the hours and minutes during sea voyages, Ferdinand Berthoud had designed a two-tiered dial with two types of graduations for his Marine Clock No. 6: in the centre, the hours indications in Roman numerals stand out from the minutes circle in Arabic numerals appearing on the circumference. 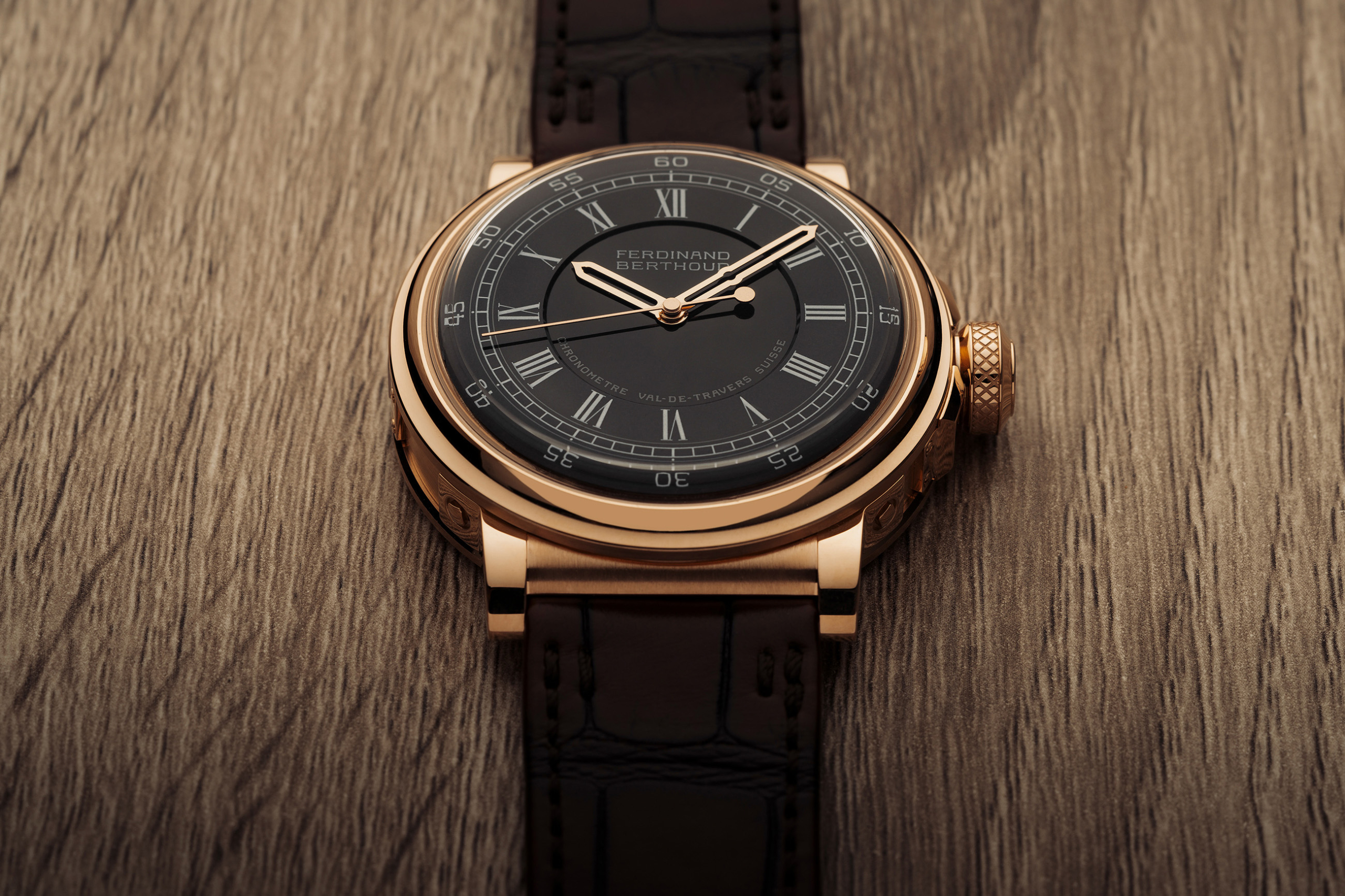 The FB-RE.FC calibre is one of the rare examples to feature fusee-and-chain transmission, serving to ensure constant force for the escapement. It acts like an infinitely variable automatic reduction gearbox. The torque delivered by the barrel of a watch movement naturally varies according to the degree of winding. In this type of transmission, when the movement is fully wound, the chain is completely wrapped around the small end of the spindle-shaped fusee and the mainspring is at maximum power. This force dwindles in the course of time, as the chain coils around the drum, moving from the small to the large end of the fusee. 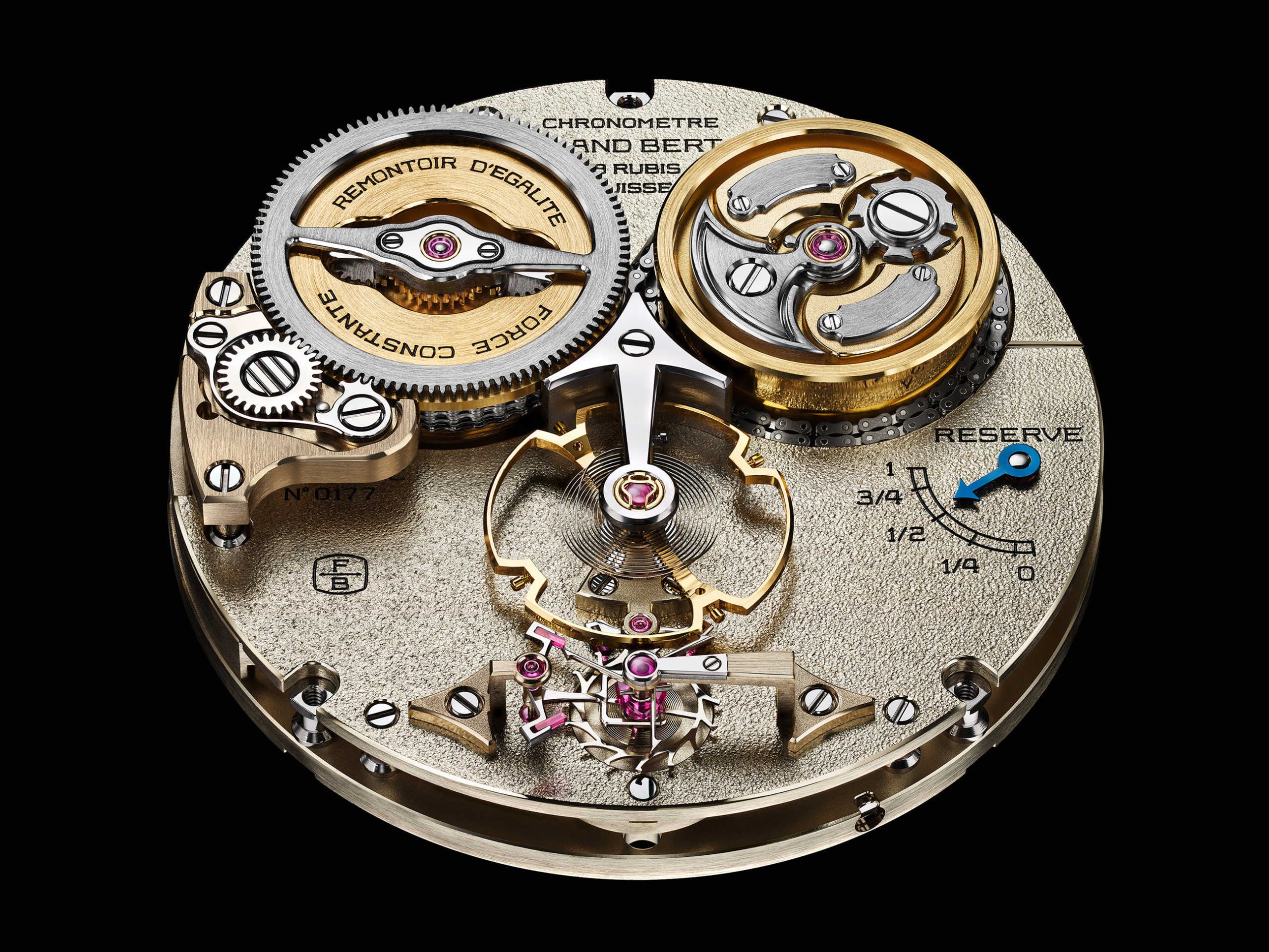 The variation in the diameter of the fusee compensates for the reduction of the mainspring torque. The gear train thus receives a constant supply of energy, a pre-filtering of the energy arriving at the remontoire. A distinctive nature of the FB-RE.FC calibre lies in the fact that its fusee is reversed, and especially that its barrel and fusee are both suspended – meaning they are held on one side only, to the mainplate. This spectacular construction is patented and serves to save a few precious millimetres.

Because the excellence of the movement equals the sum of the care devoted to its beauty, the finishing of the FB-RE.FC calibre is exceptional. The nickel silver bridges reveal a frosting type finish, involving extremely fine manual graining using a brush, performed before the final drilling and milling stages. This ancient technique endows the components with peerless brilliance. However, since nickel silver is an extremely fragile alloy, any error or scratch during the frosting process is irretrievable and implies discarding the part in question.