The Hamilton PSR revives the design of the very first digital watch, a space age classic that changed the way we tell time. 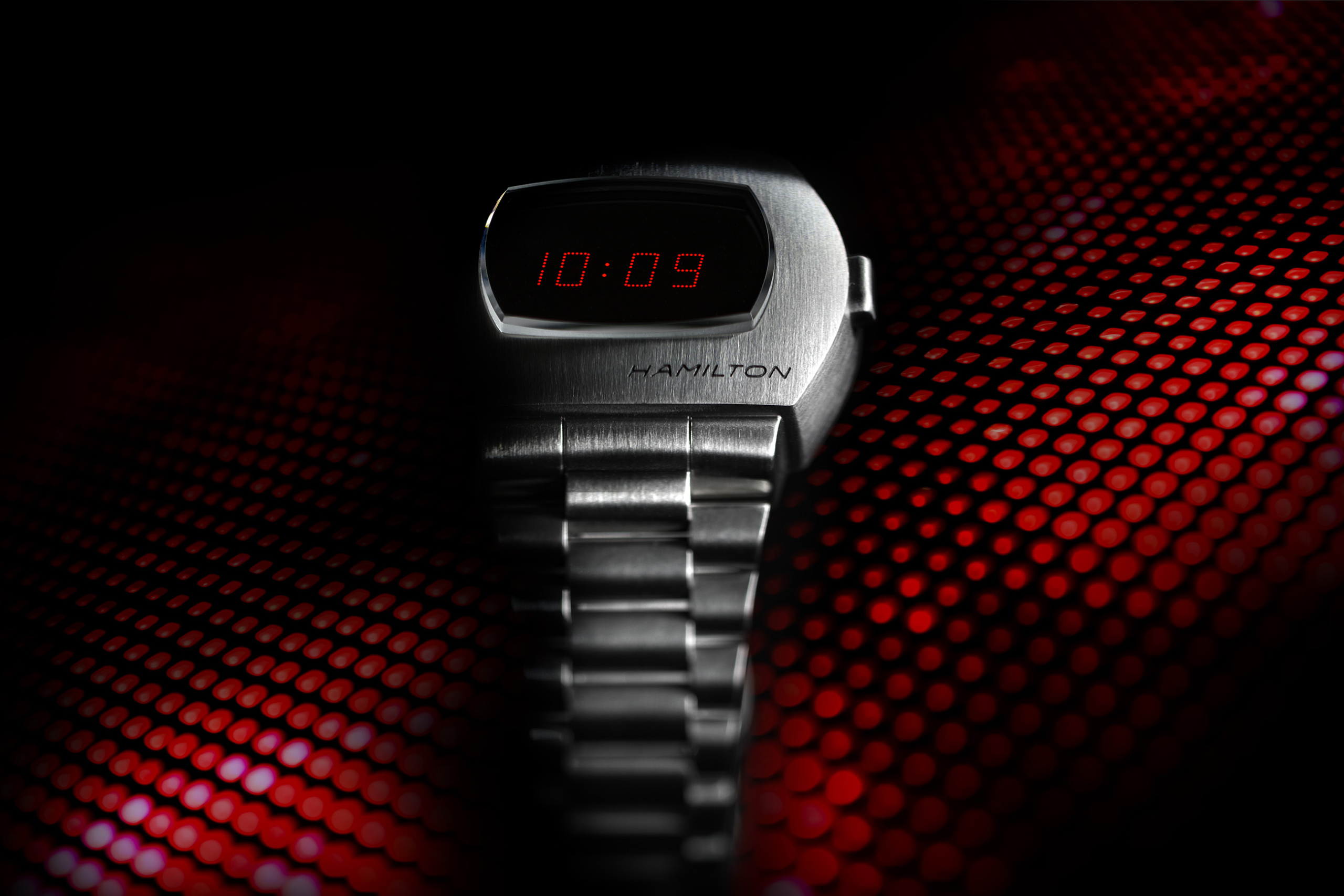 The original digital wristwatch is back. The Hamilton Pulsar was one of the emblematic creations of the space-age era. Its groundbreaking technology disrupted the market, and its futuristic looks made it a favorite of forward thinkers and style leaders including Jack Nicholson, Joe Frazier, Elton John and Keith Richards. With the Hamilton PSR, we’re proud to bring back the unmistakable style of the digital watch that changed the world.

A new way to tell time

May 6, 1970 stands as one of the most significant moments in wristwatch history. At a press conference in The Four Seasons restaurant in New York City, Hamilton revealed to the world the very first digital electronic wristwatch. Named the Pulsar after the pulsating neutron stars that emit beams of radiation at ultra-precise frequencies, this seemed an object straight out of science fiction, with no moving parts, no ticking sound, and unmatchable durability and accuracy. 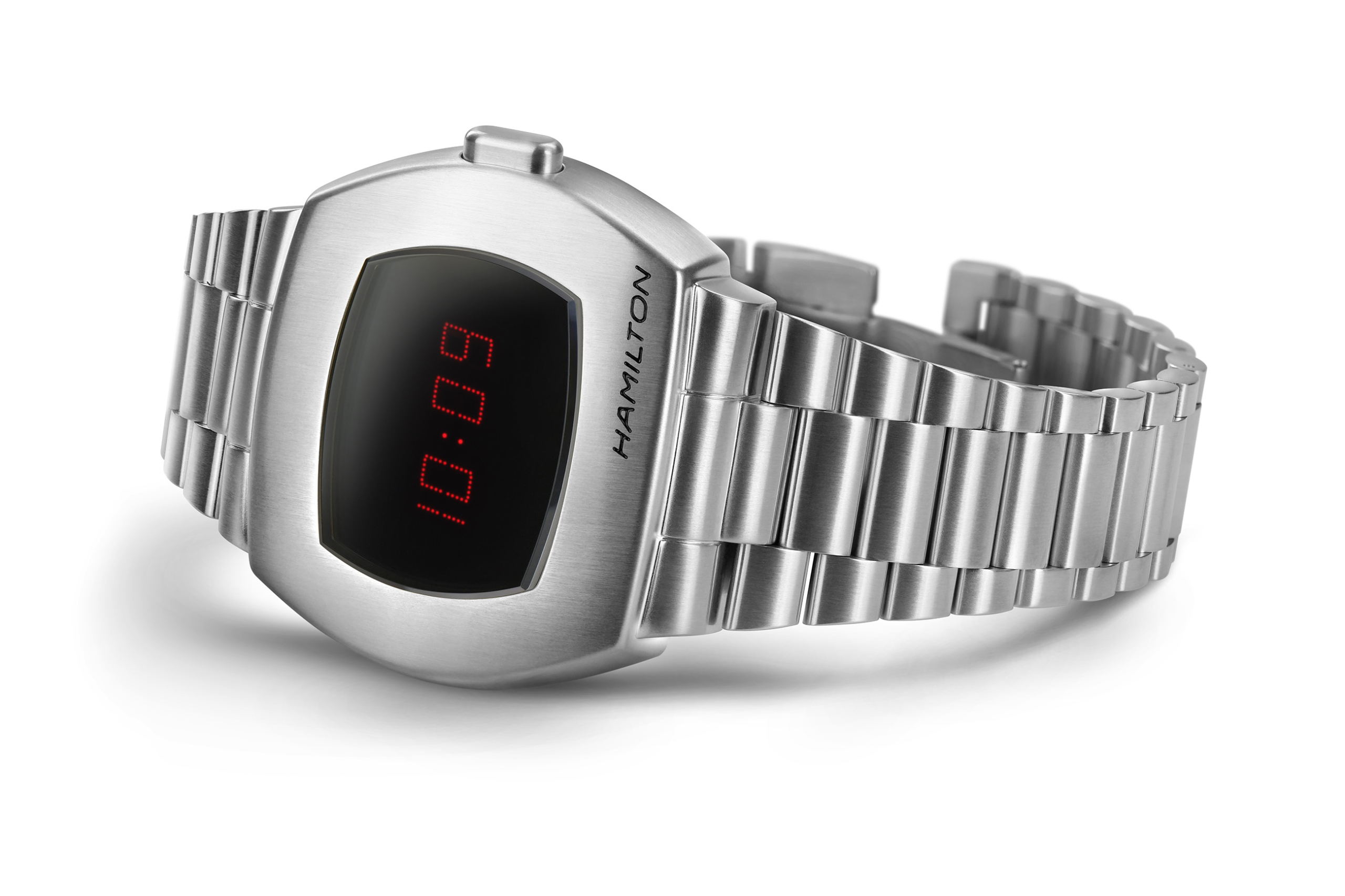 But the science was real. This ingenious ‘solid state wrist computer’, developed by Hamilton in its hometown of Lancaster, Pennsylvania, would change the way we tell time.

The inaugural Hamilton Pulsar, the P1, launched to market in 1972, with an original, space-age design to match its groundbreaking technology. With an avant-garde cushion case and bracelet in 18 ct yellow gold, it was an unmistakably elite product, with a $2,100 price tag that matched the cost of a family car. Elvis Presley was among the pioneers who snapped up one of 400 models.

Both watches feature cases in the inimitable wide cushion style of the P2, with the same dimensions of 40.8mm x 34.7mm. The watches are water resistant to 10 bar (100m).

The Hamilton PSR is a timely reminder of where and when the digital world began, and what digital timekeeping once meant. Just as it was then, the PSR remains the epitome of cool and a watch for those wanting to make a statement. 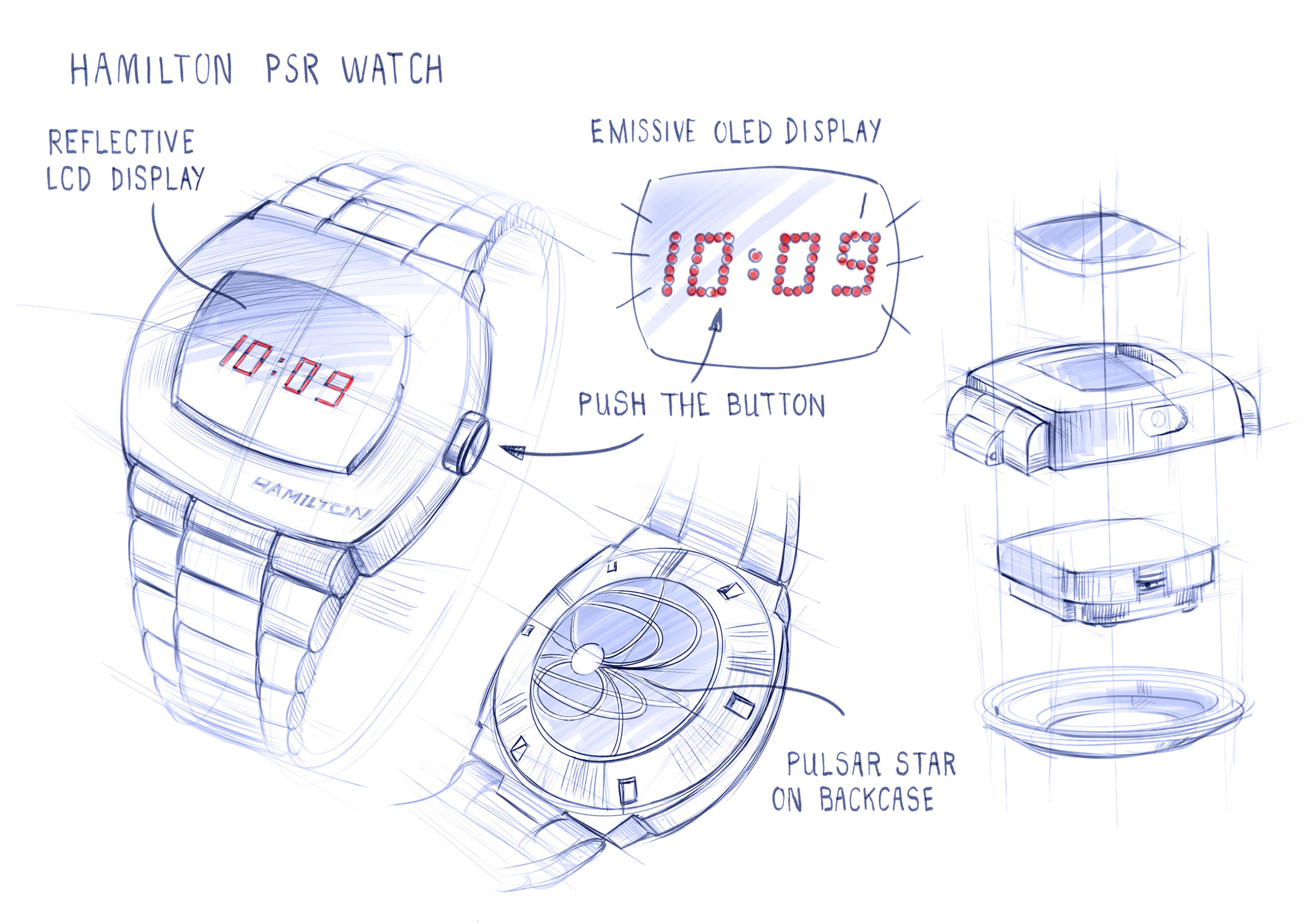