OMEGA and ALINGHI celebrate their partnership with a brand new Speedmaster 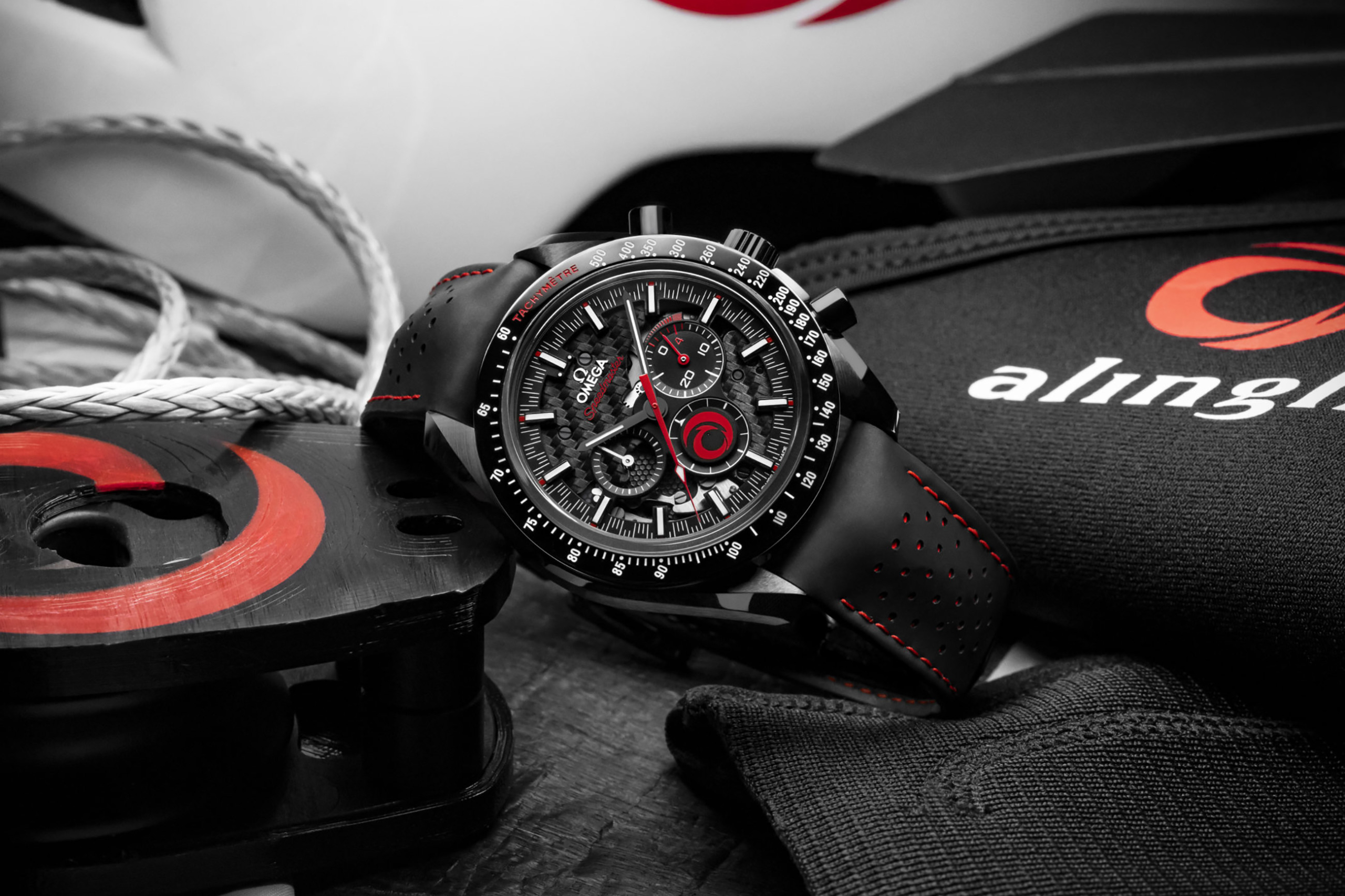 The dynamic partnership between OMEGA and ALINGHI has brought the very best of Swiss precision, innovation and pioneering spirit together. In tribute to this unique sailing collaboration, a brand new OMEGA timepiece has now been launched. The Speedmaster Dark Side of the Moon ALINGHI is a watch that demonstrates the same values and qualities that both partners share.

Two of the watch’s subdials are also worthy of attention. At 3 o’clock, a 4-minute or 5-minute tactical time display has been included in red, helping with precision on the water. At 6 o’clock, the traditional subdial design has been replaced with a sandblasted and anodized aluminium disc, which features the ALINGHI logo transferred in red. The team’s logo represents the letter “a” and is inspired by two boats churning the seas before the start of a match race. The logo rotates on the watch when the chronograph function is used. 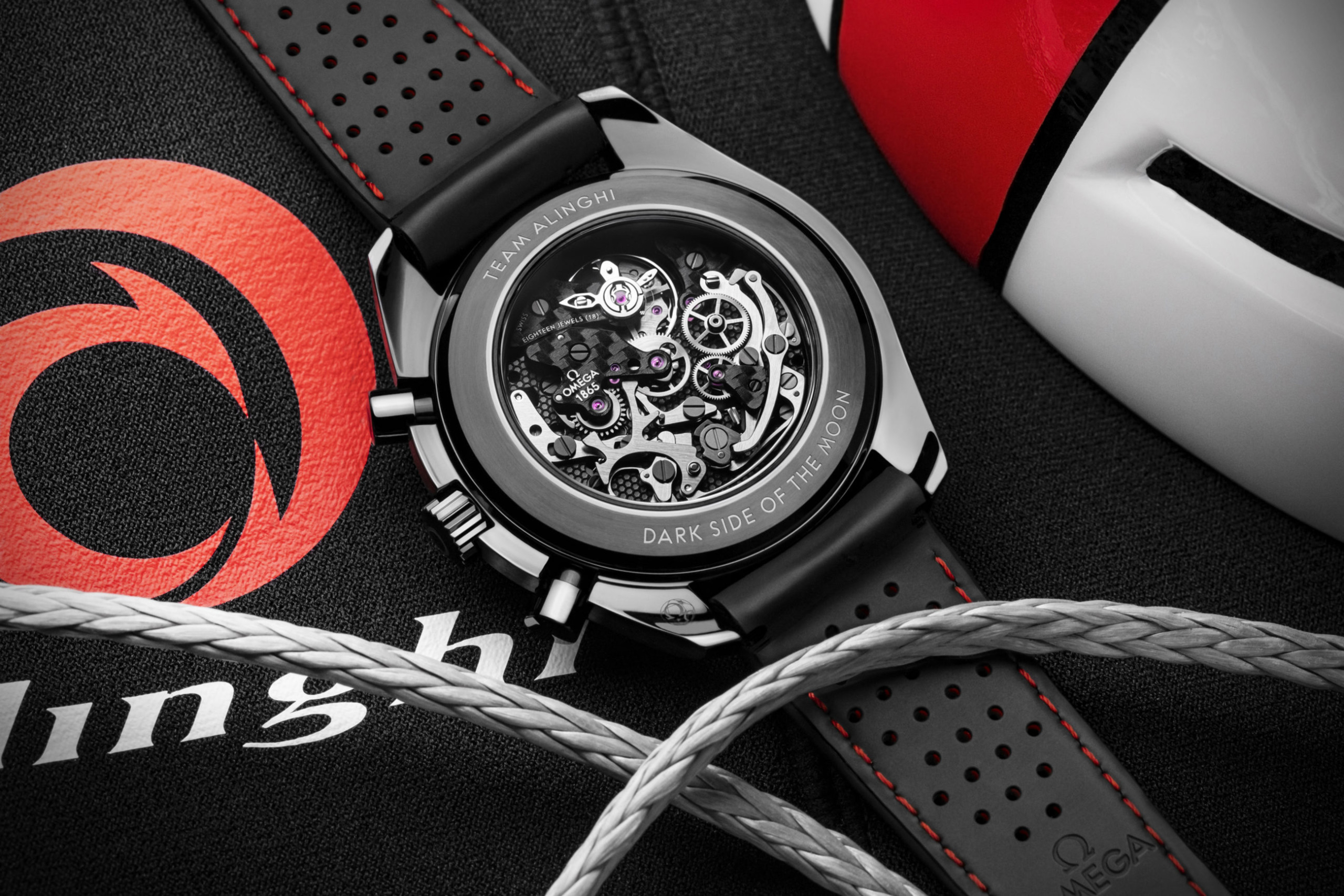 The choice of Speedmaster perfectly reflects the fast boats that fly across the water. Perhaps most impressive is the watch’s expertly decorated Calibre 1865. The manual-winding movement is ideal for sailing crews due to its lighter and thinner design. To enhance the movement, OMEGA has taken inspiration from ALINGHI’s new TF35 catamaran. Using laser ablation, the mainplate and barrel bridge have been given a honeycomb effect, similar to the interior of the ALINGHI boat’s carbon hull. The same laser ablation technology has then been employed to decorate all other bridges with a black carbon pattern, also inspired by the carbon that is used for the boat’s hull. 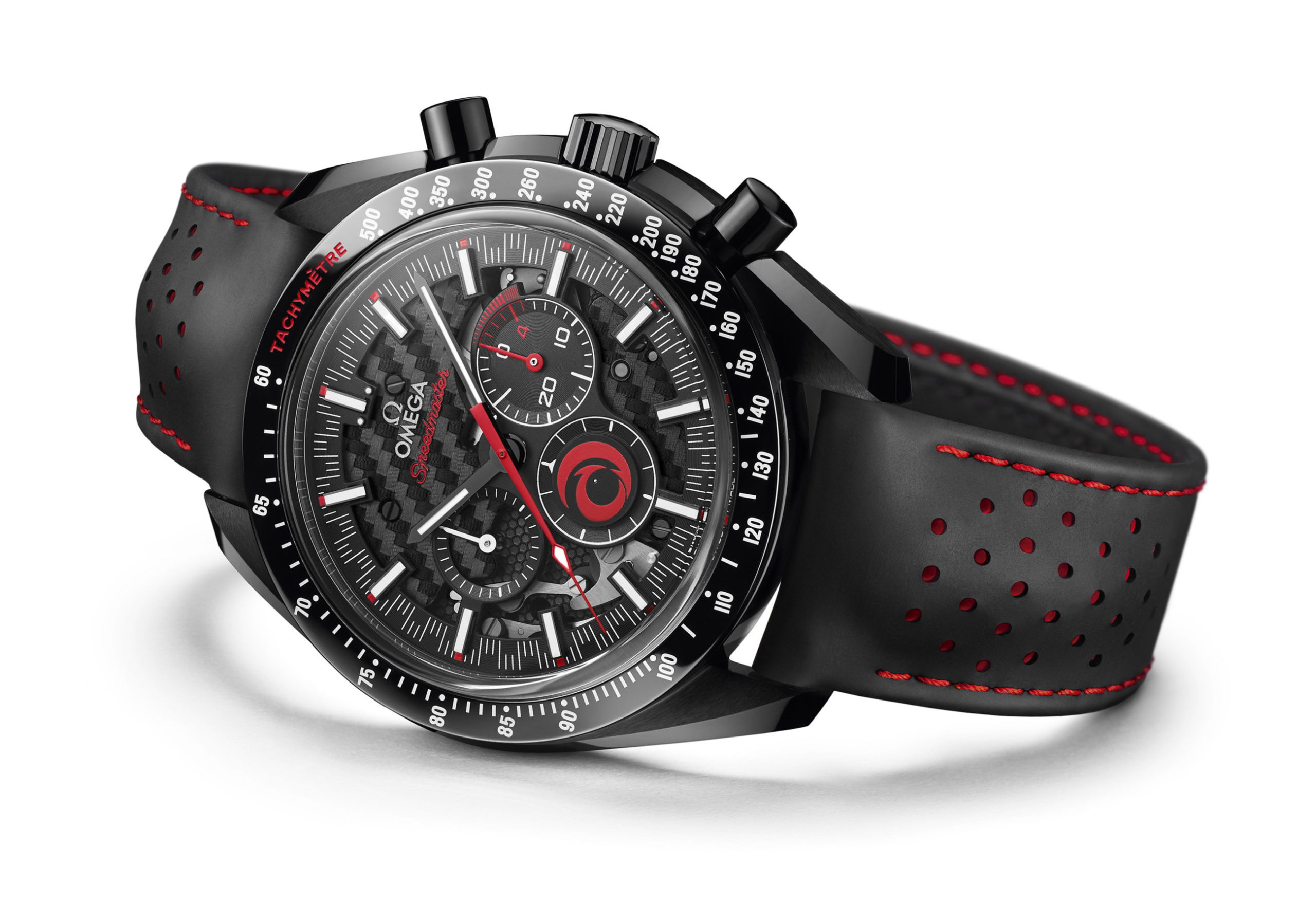 OMEGA and ALINGHI formed their partnership in 2019, and have already enjoyed racing success thanks to the team’s GC32 world title in June 2019, D35 Trophy win in September and GC32 championship in November. 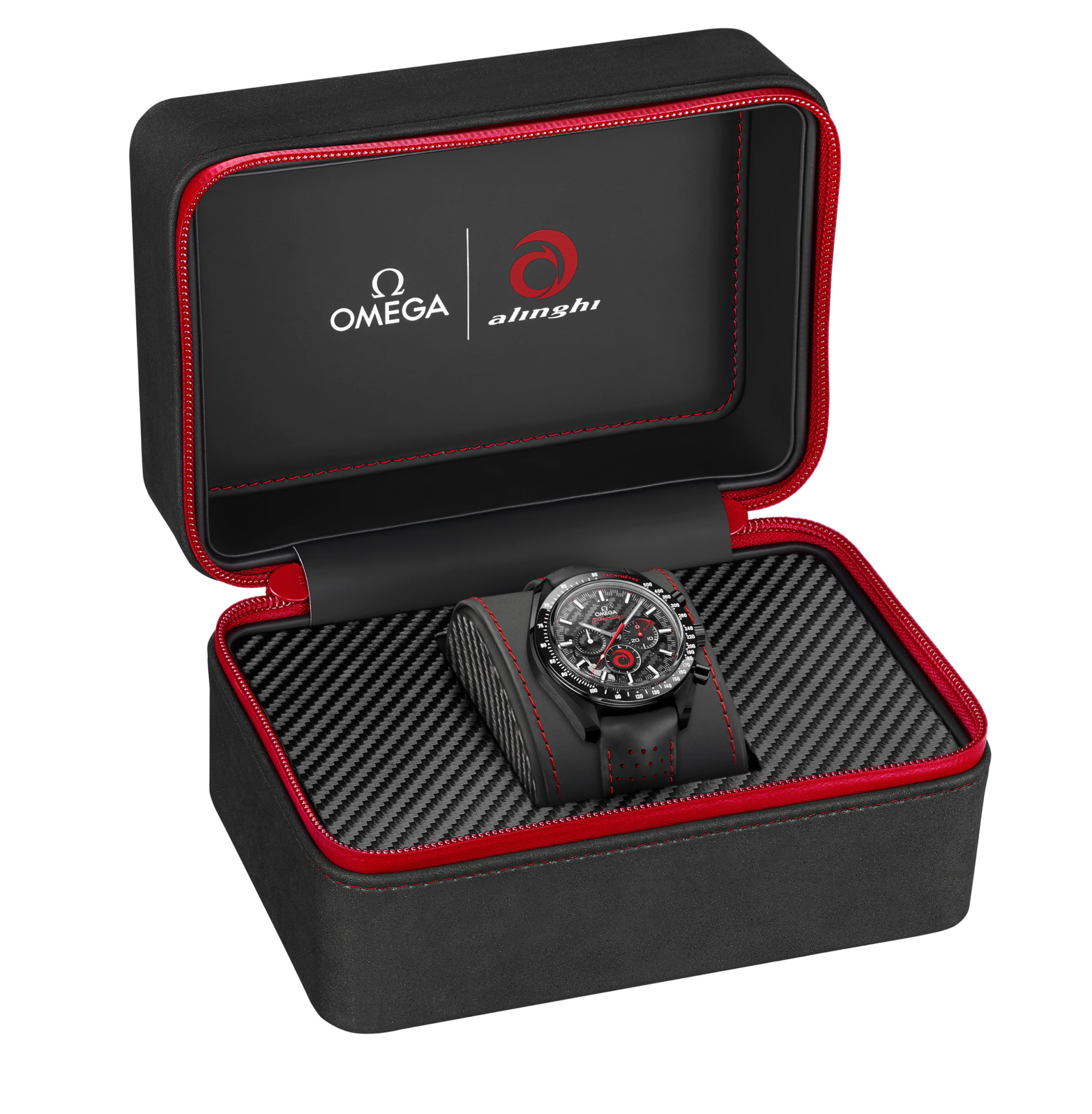 Omega Speedmaster Dark Side of the Moon Alinghi 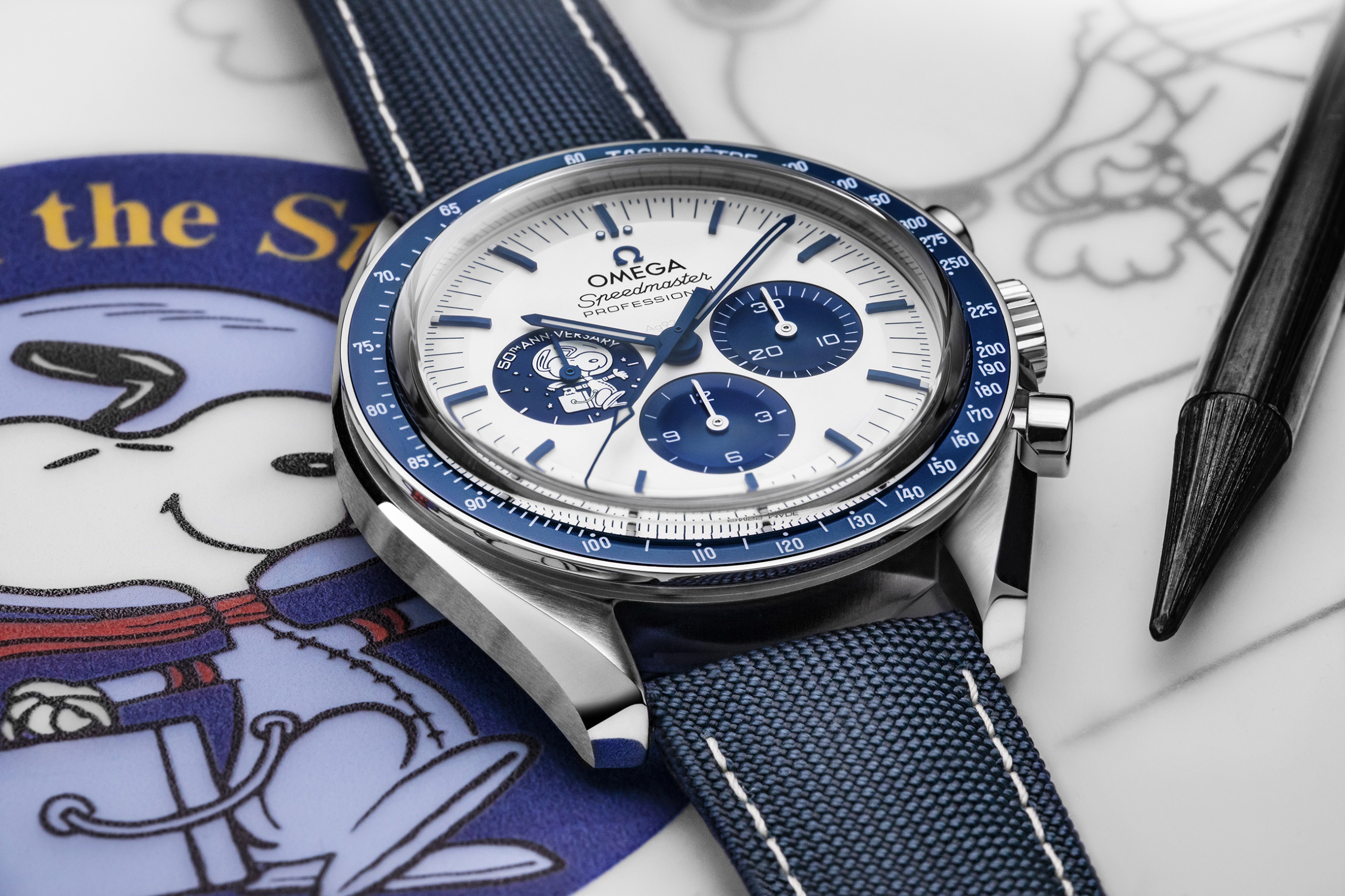 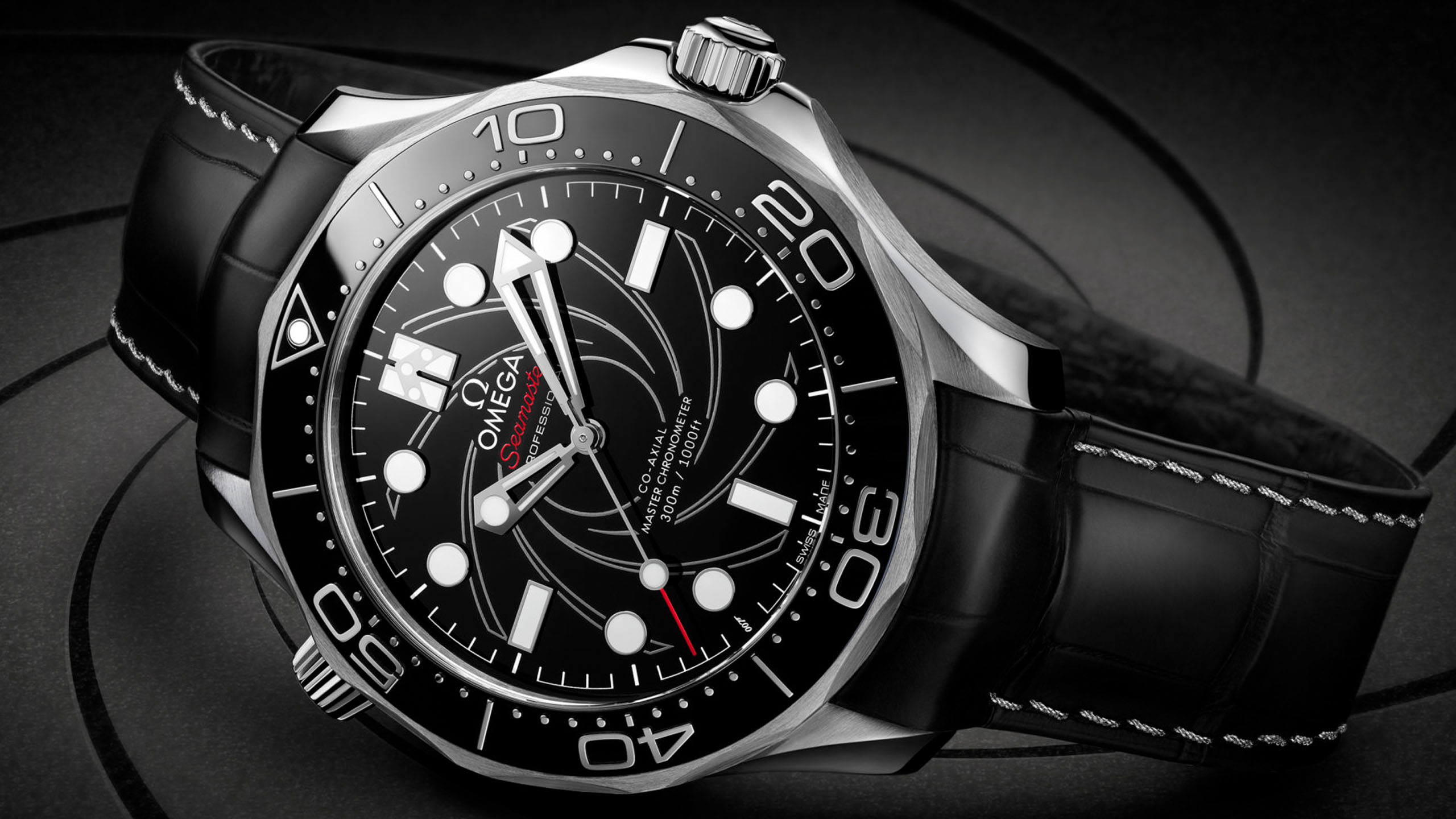