After years of research and development, Robert Greubel and Stephen Forsey are especially proud to present a timepiece that contains their 5th Fundamental Invention: the Différentiel d’Égalité. It ensures a regulated driving force and improves the accuracy of the timing performance. It is also the first time that Greubel Forsey has integrated a dead-beat second in one of its timepieces.

Dead-beat seconds and performance
In a first for Robert Greubel and Stephen Forsey, this timepiece features dead-beat seconds. This makes it easier to read and to set the time precisely. The timepiece is equipped with a balance wheel stop and seconds reset activated by pulling the crown. The heart and the hammer of this mechanism are visible on the movement side. The 30° angle of the balance wheel and escapement minimises the effects of gravity and ensures efiient movement performance in stable positions. This Greubel Forsey technique guarantees excellent mean/averaged balance wheel performance, which is the mark of heightened timekeeping accuracy. All of these components work together magnificently to help improve performance. 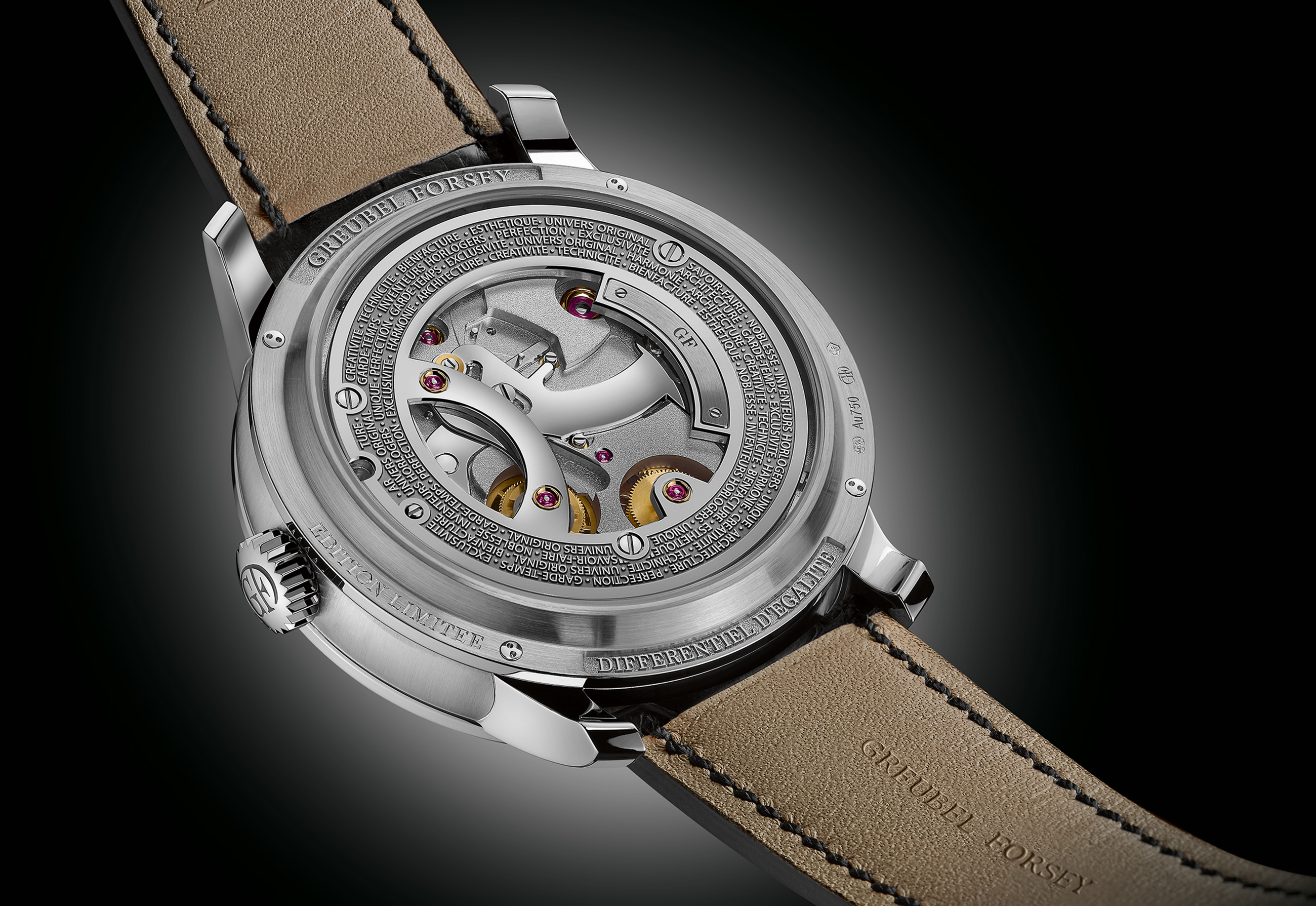 Mechanical spirit
The aesthetics of this timepiece ow from everything that’s purest in Greubel Forsey’s mechanical spirit. A large opening in its dial allows a glimpse of all the beauty and complexity of the movement. The dial side has a high-domed sapphire crystal that gives this new creation a refined silhouette. The movement side shows the “stop/reset” mechanism and the engraved inscriptions which encapsulate the key values that Robert Greubel and Stephen Forsey instil in their creations. 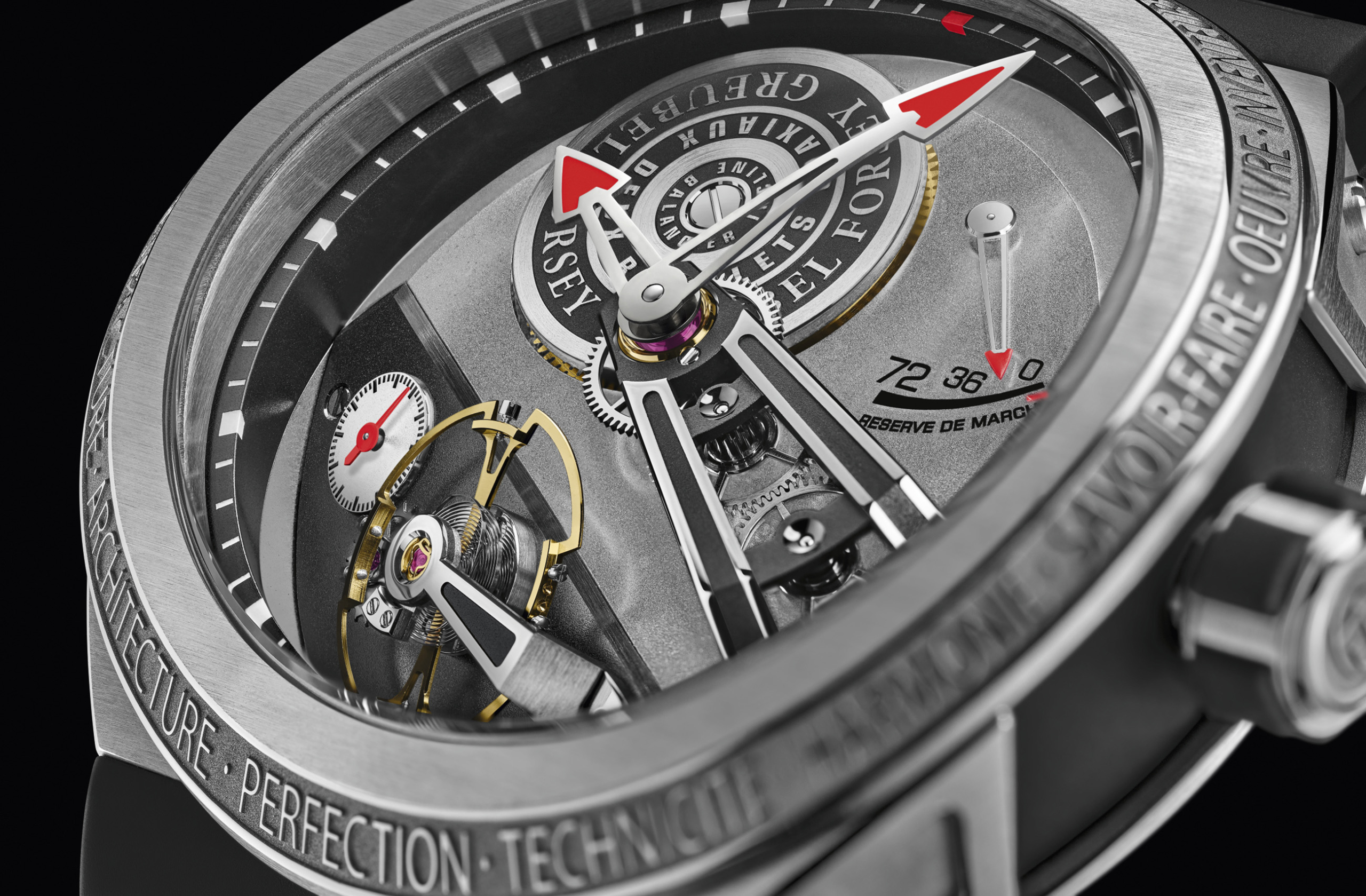 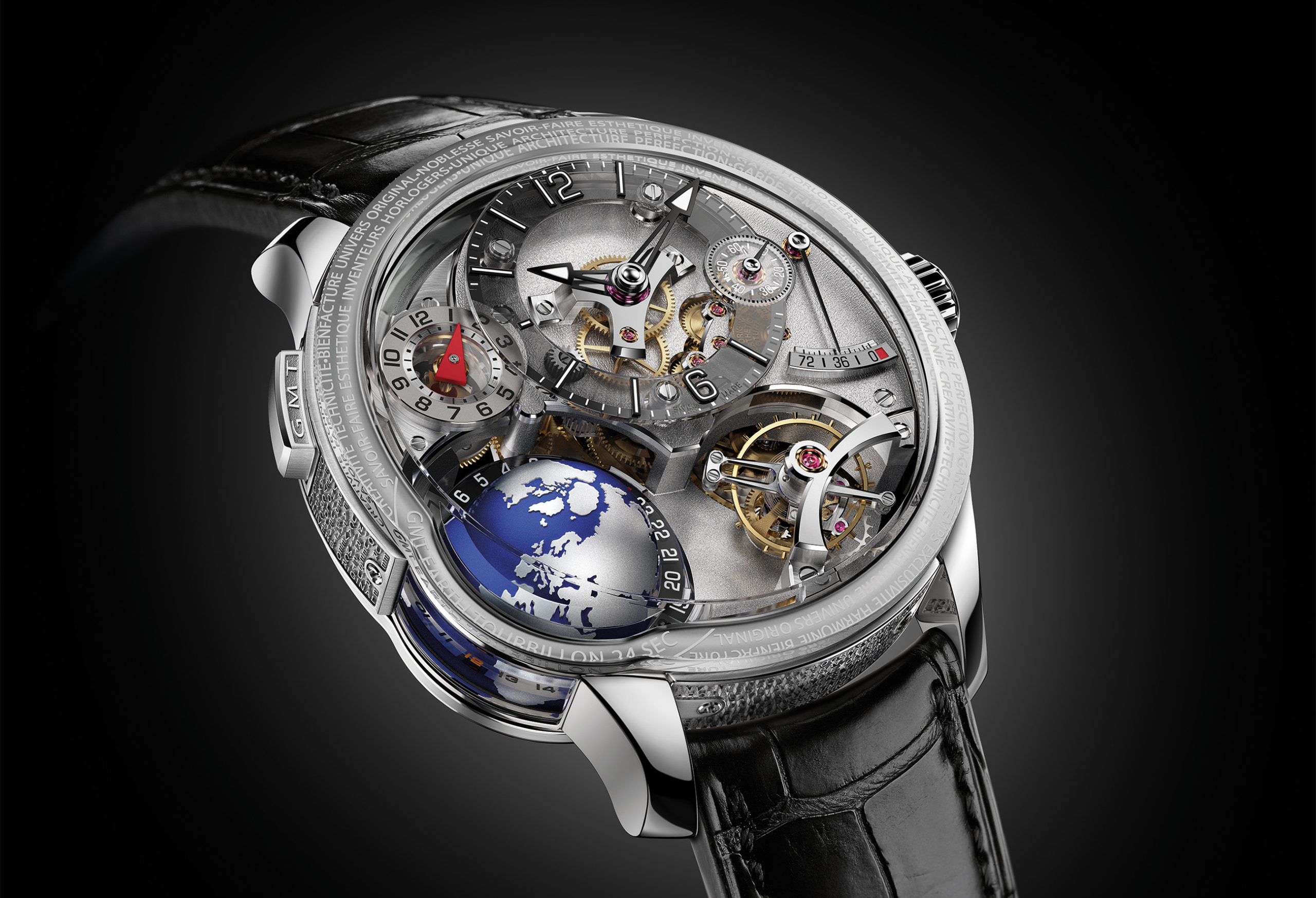 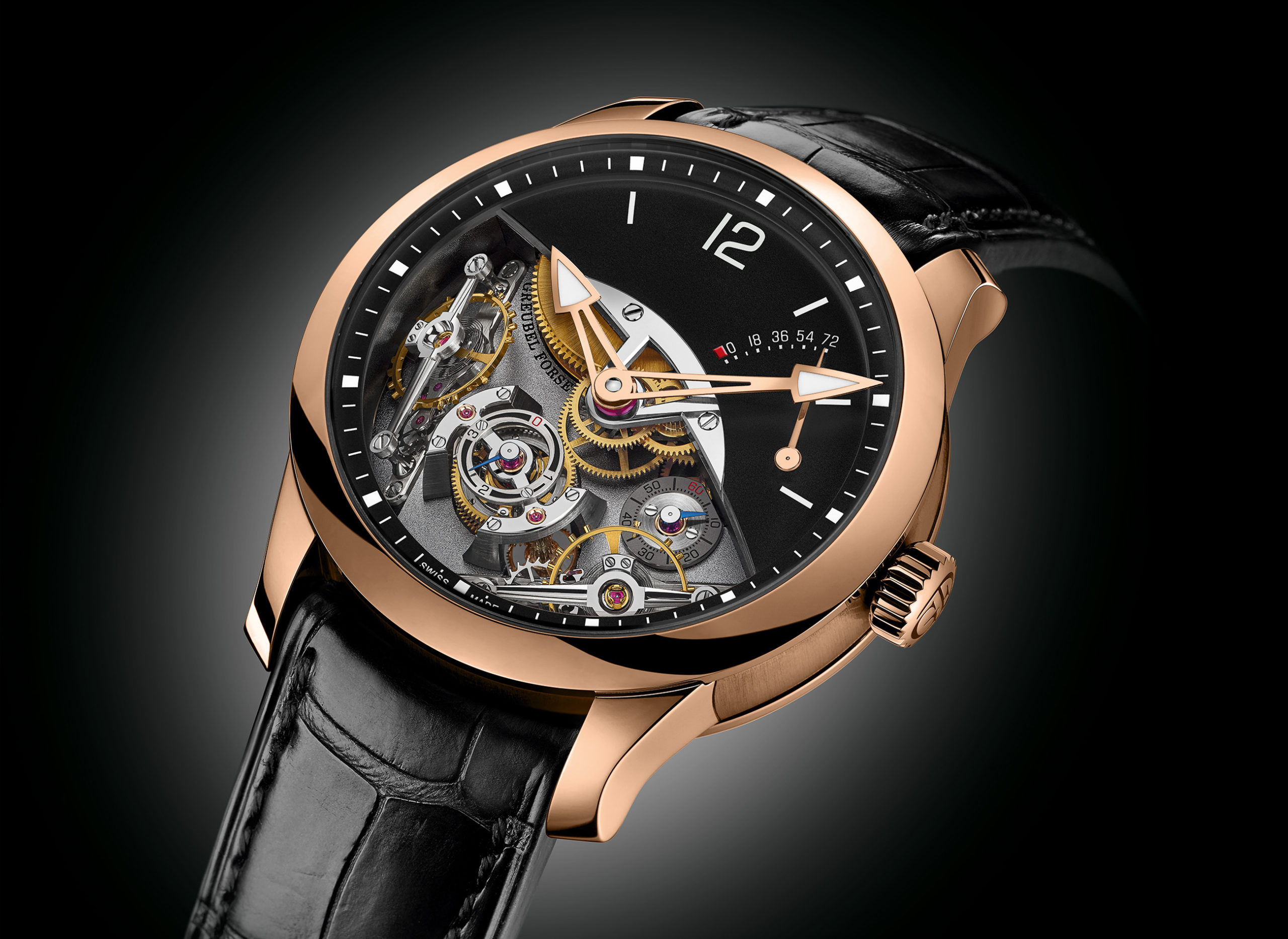