RJ is proud to announce the brand’s participation in the 8th Only Watch charity auction and exhibition, benefitting the organization’s mission to support research on neuromuscular diseases, particularly Duchenne muscular dystrophy. The independent Swiss watchmaker will donate the ARRAW 6919 ‘Only Watch’, a titanium timepiece created by RJ specifically for the charity auction with a one-of-a-kind, customized moon phase movement. 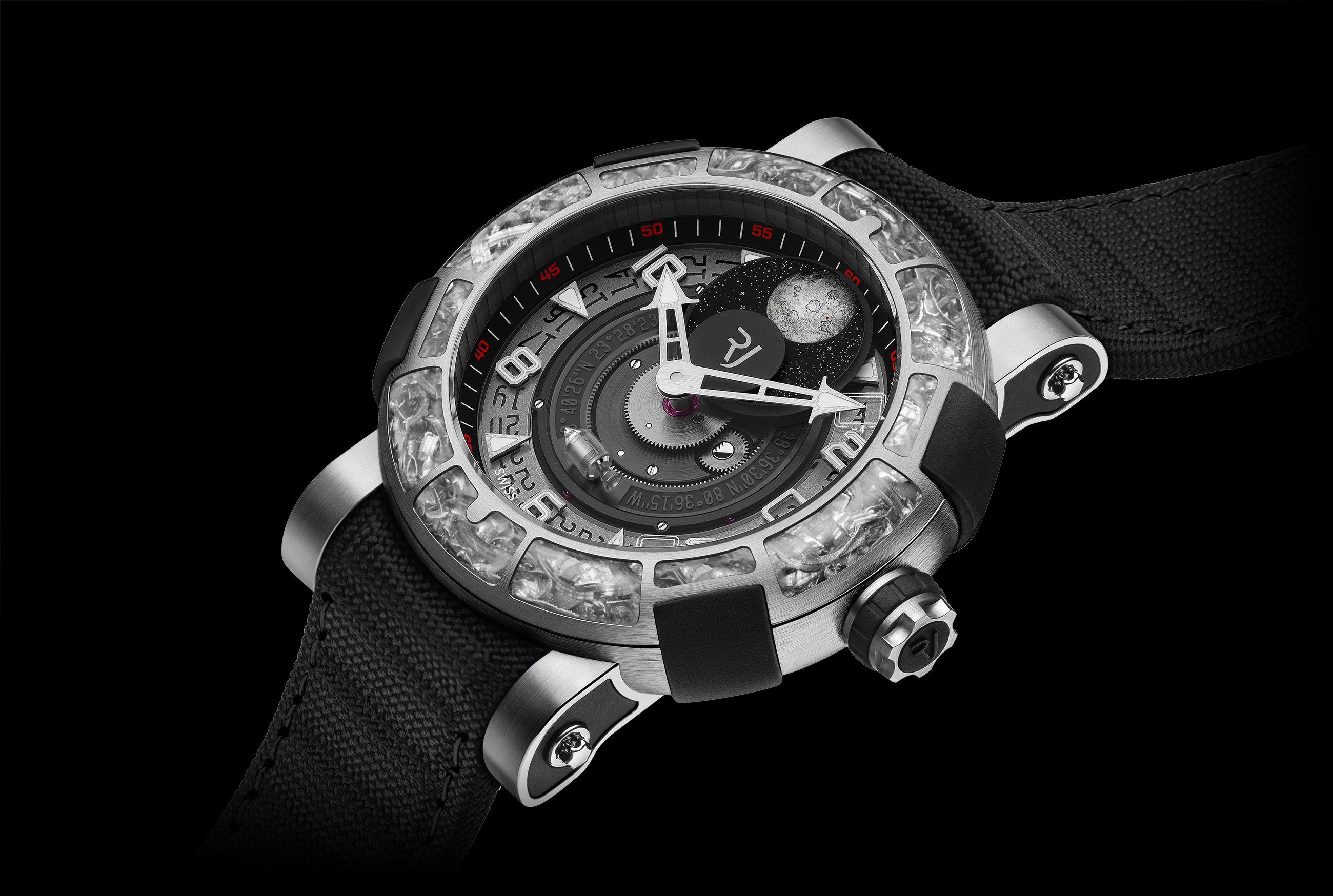 “I want our watches to convey emotions, fulfill dreams, and inspire people to do great things,” said Marco Tedeschi, CEO and Creative Director of RJ, adding: “I couldn’t be prouder that now, through this Only Watch charity auction, an RJ watch will contribute to the greater good by raising funds to expand research, and ultimately, to help young people around the world.”

The ARRAW 6919 ‘Only Watch’ will embark on a global tour and exhibition starting September 25, with stops in Monaco, Dubai, Paris, London, New York, Tokyo, Singapore, Hong Kong, and Taipei. Finally, on November 9 at 2 p.m. (Geneva Time), the ARRAW 6919 ‘Only Watch’ will be auctioned at the Four Seasons Hôtel des Bergues, in Geneva, under the hammer of Christie’s and under the patronage of His Sovereign Highness the Prince of Monaco. 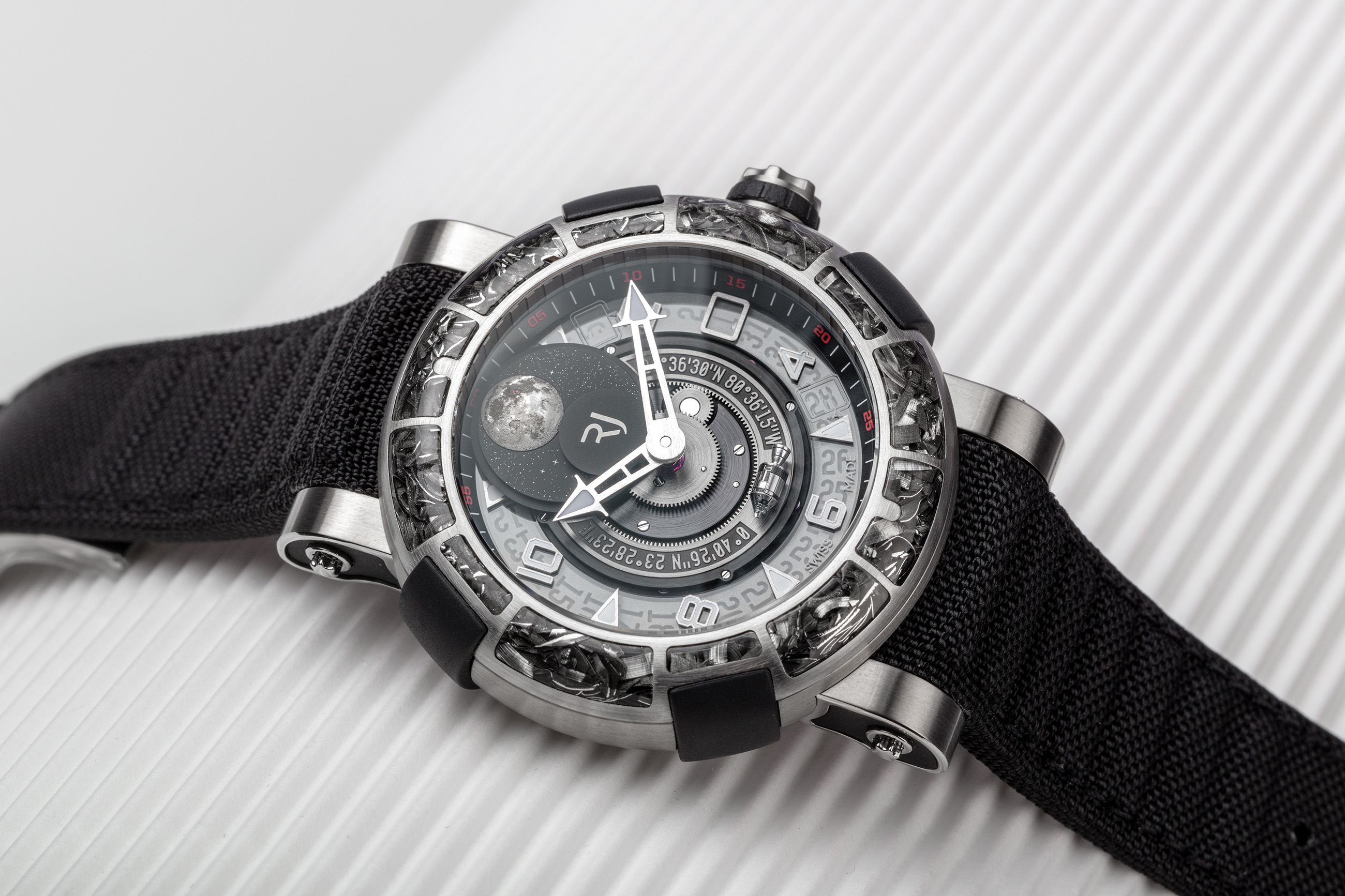 The unique timepiece created for Only Watch expands on the design of RJ’s new ARRAW 6919 model, a DNA concept timepiece created to mark the 50th anniversary of the Apollo 11 moon landing. The universe of space and the journey to the moon inspired multiple elements of its design, from its space-age aesthetic to the design of the patented moon phase movement. 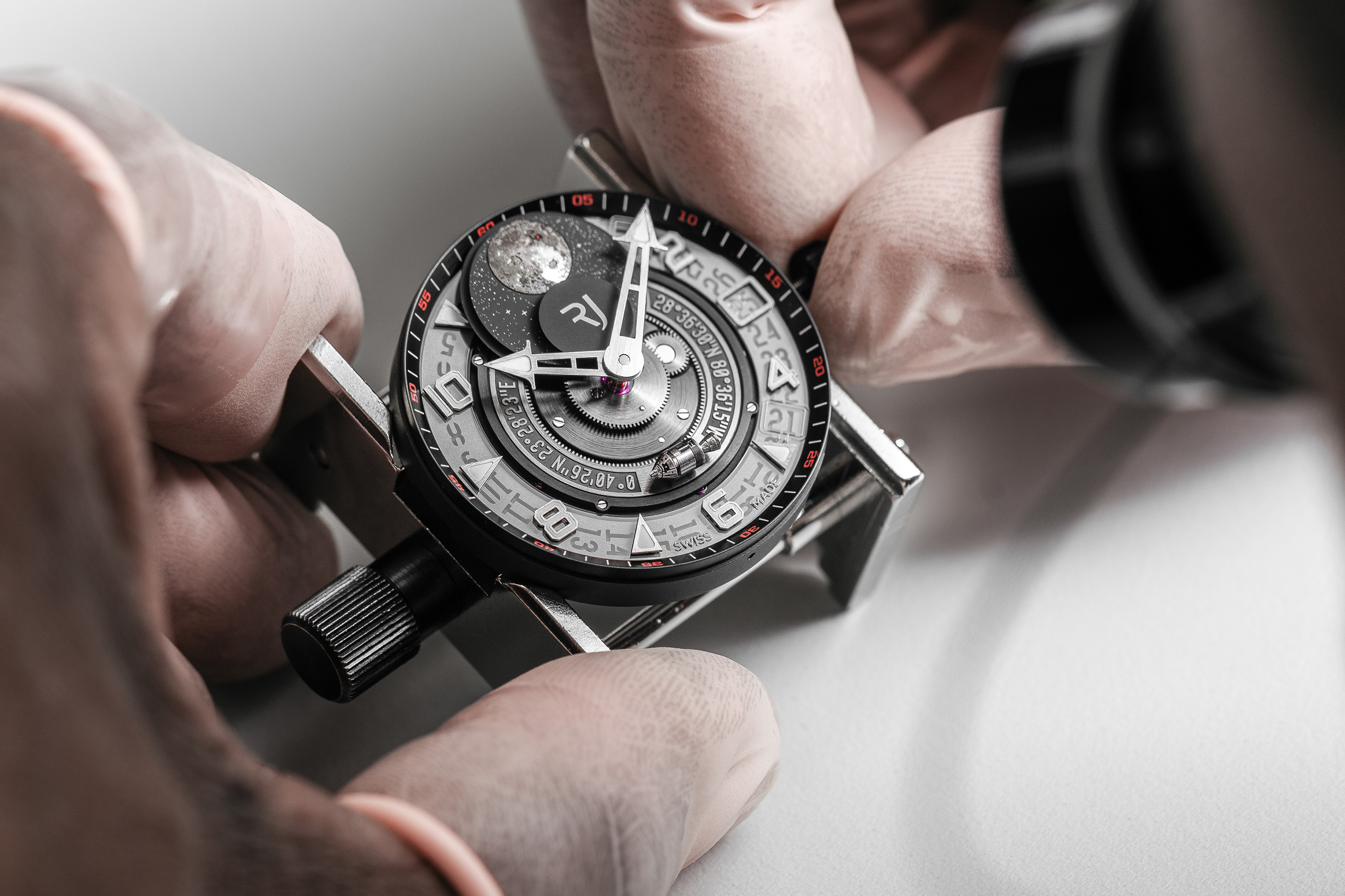 The ARRAW 6919 ‘Only Watch’ takes the Apollo 11 inspired concept even further with a special three-dimensional applique that is secured on the moon phase indicator driving wheel and represents the Apollo 11 Command and Service Module (CSM). The engraving of geographic as well as selenographic coordinates add the finishing touch to the wheel’s design. The first coordinates correspond to the launch site at the Kennedy Space Station, and the second ones refer to the moon landing site on the Tranquility Base. 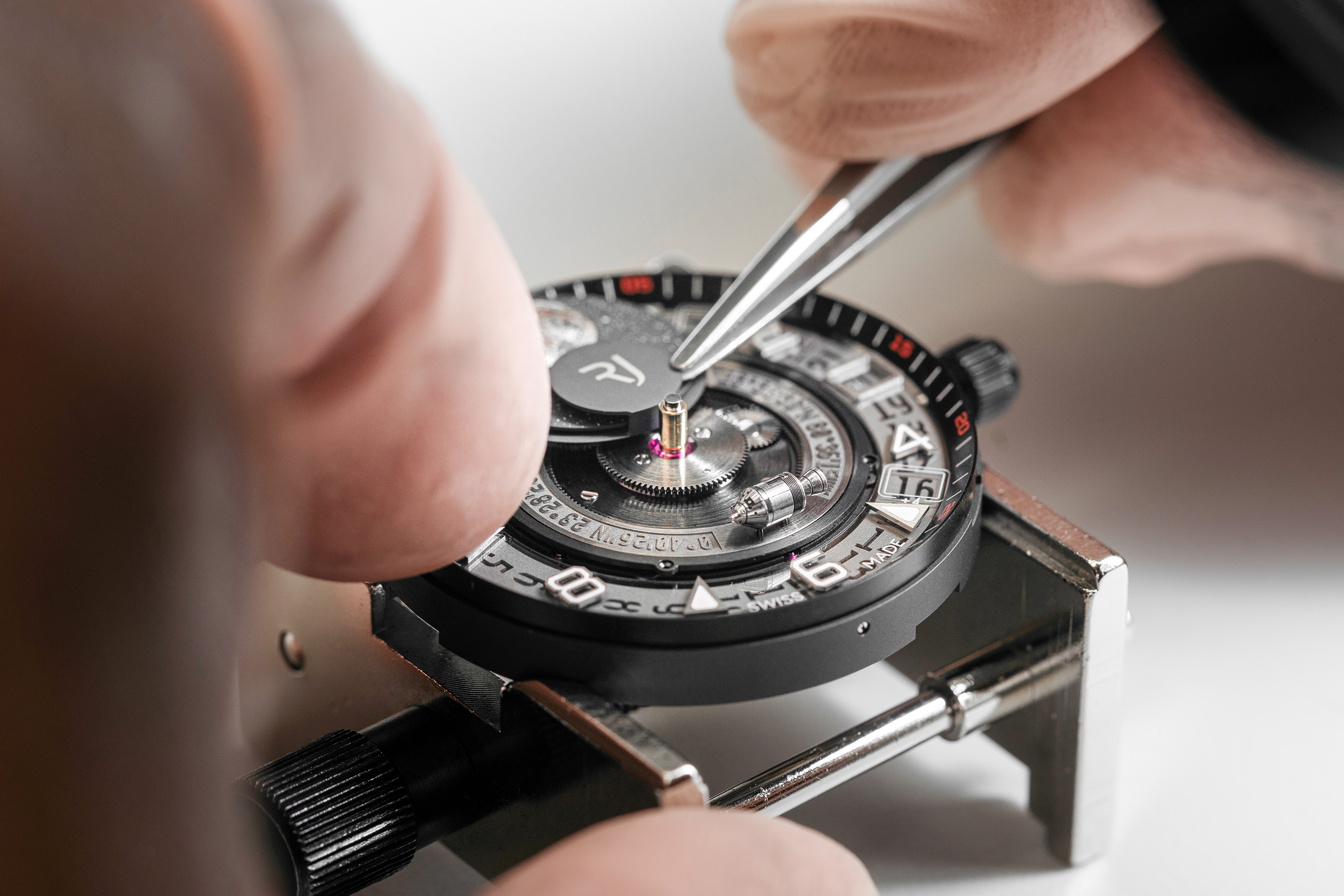 The ARRAW 6919 ‘Only Watch’ contains authentic material sourced from the original Apollo 11 spacecraft. The material is encased within a super light, high-performance composite created by RJ specifically for the ARRAW 6919 collection and forms the timepiece’s bezel. The design of the metal grid that securely fastens the composite bezel to the case was inspired by the Apollo 11 command module. Each ARRAW 6919 comes with a certificate, signed by the president of the Association of Space Explorers, guaranteeing the authenticity of the spacecraft material. 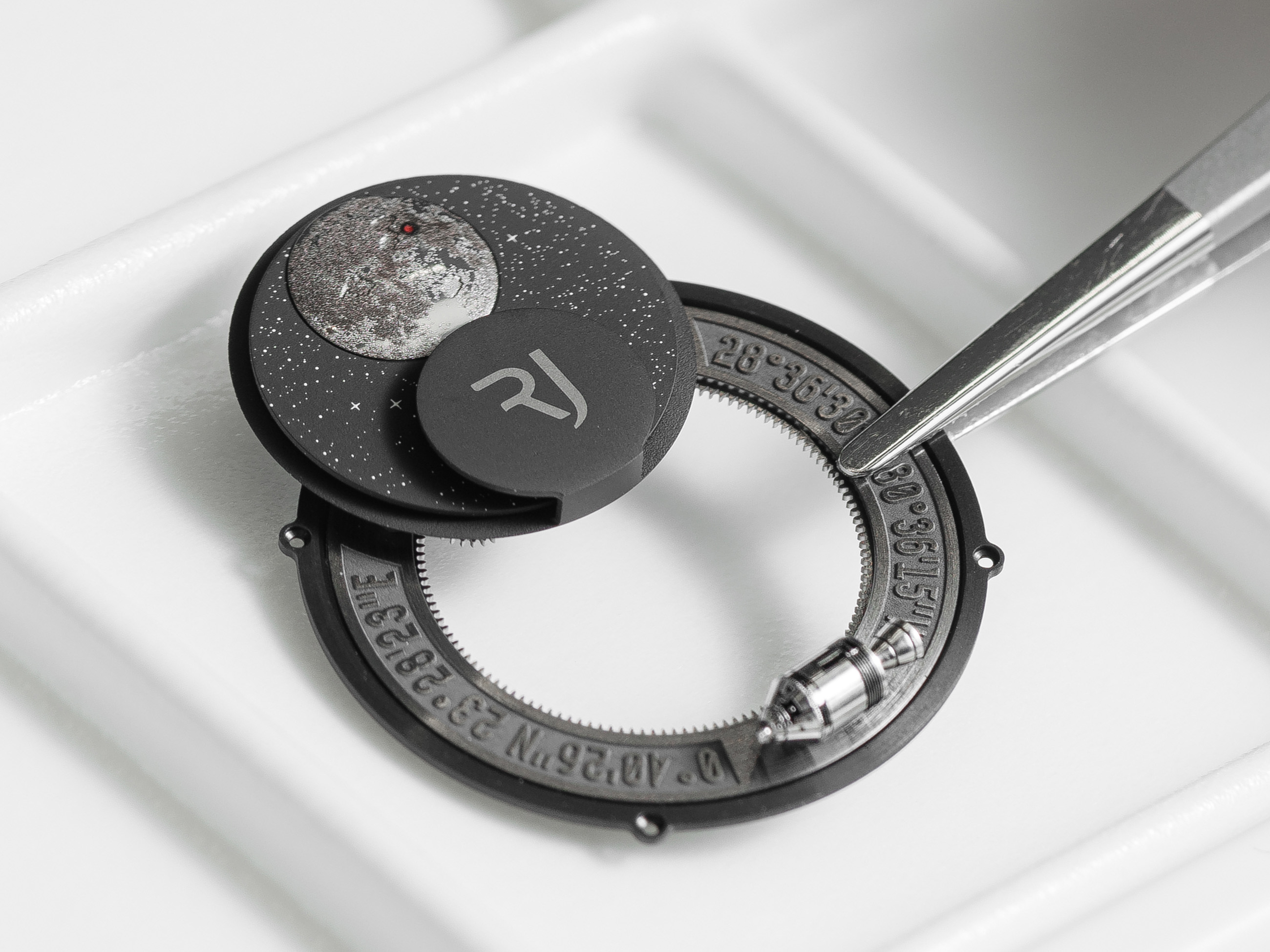 The ARRAW 6919 ‘Only Watch’ also comes equipped with a waterproof polyamide strap engraved with linear designs that recall the pattern made on the powdery lunar surface by the boot of Armstrong’s spacesuit. The rugged and practical ARRAW strap system is also fully interchangeable. The strap is easily detached by pushing simultaneously on the two lug screws, allowing the strap to be released with a simple click. The clasp and deployment buckle are just as easily removed with the push of a lever, no tools required. The timepiece also offers water-resistance up to 100 meters or 330 feet. From the moon to the wrist, the ARRAW 6919 ‘Only Watch’ will inspire wonder for anyone who is fascinated by science, mechanics, and the vast universe of space, available only at the Only Watch auction this November. 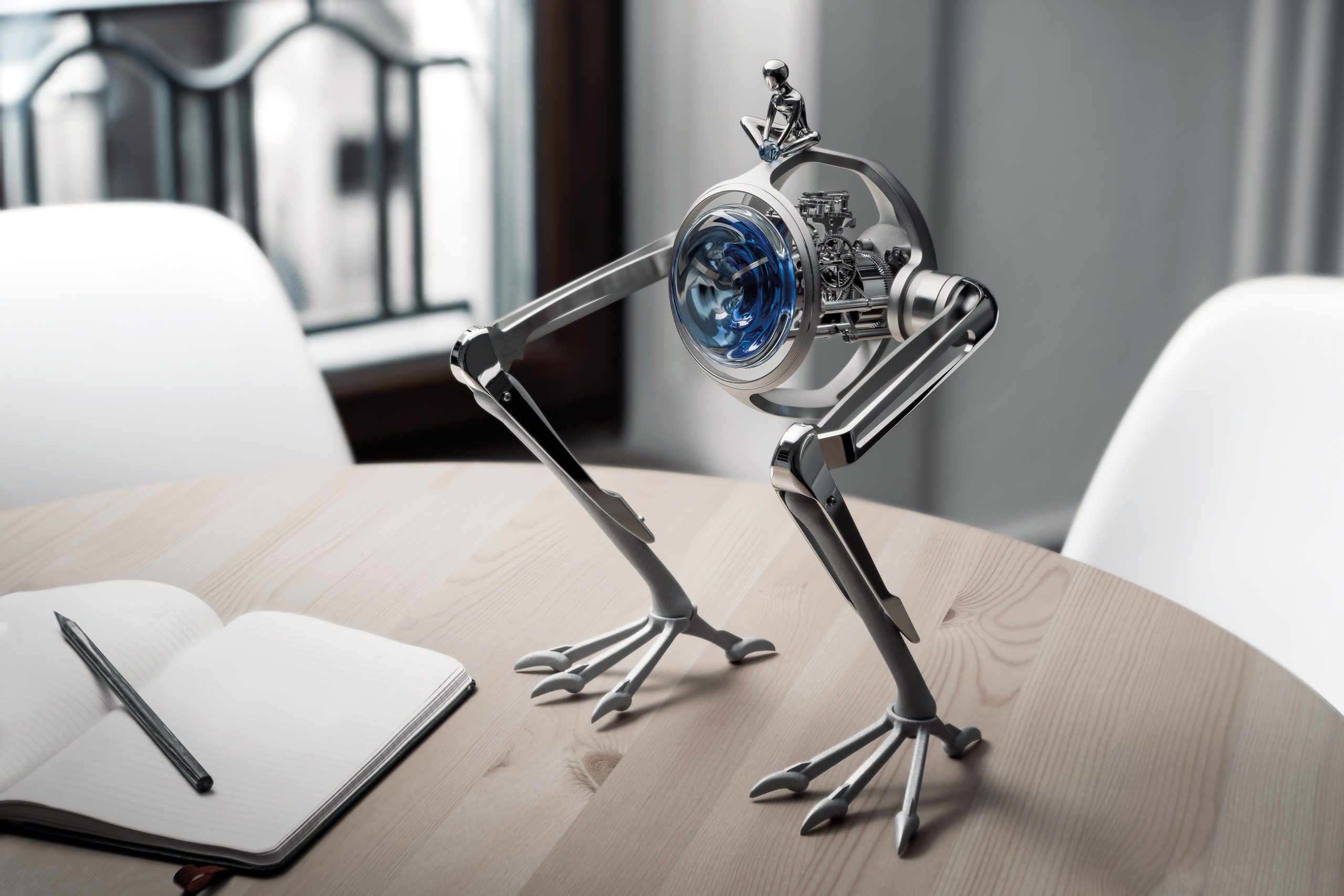 Grönefeld «1941 Remontoire» for ONLY WATCH AUCTION