THE NEW MARINE TORPILLEUR MILITARY,  the mark of a captain

The new Marine Torpilleur Military: a modern Marine chronometer for those who captain their own destiny. 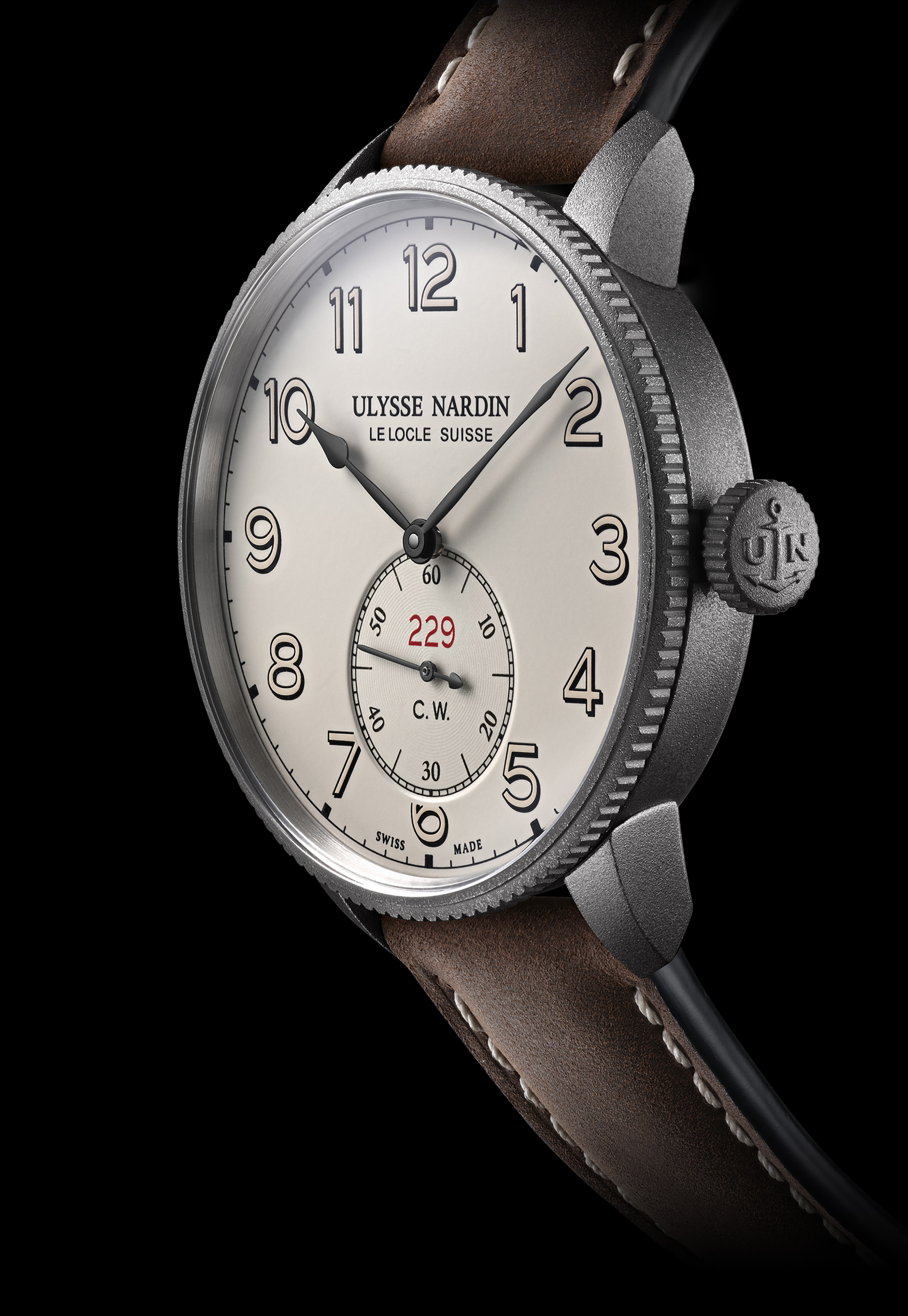 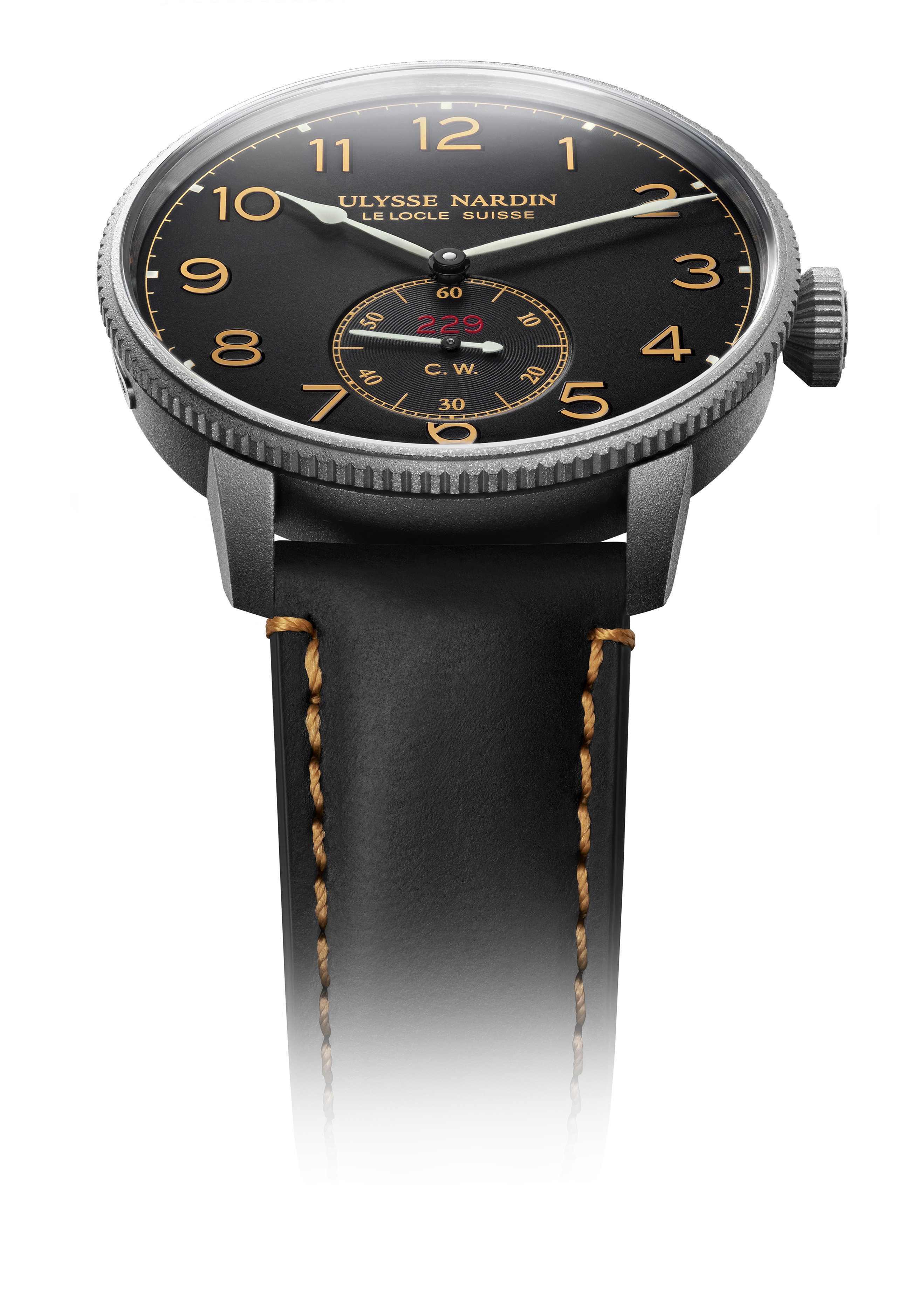 Dynamic design is in every line; military bearing in every aspect of this contemporary dynamo. Its two interpretations take inspiration from the eternal elegance of vintage military timepieces. One with an eggshell white dial, whose outlined Arabic numerals enable quick reading of the time, matched by an elegant tan leather strap. The other in chic black, with orange Arabic numerals and superluminova-coated hands – ideal for legibility in the dark – and attached to the wrist with a black strap with orange stitching. Both editions command respect with an oversized crown, and a formidable 44 mm case with a steel sand-blasted finish, water-resistant to 50 meters, and stamped on the back with the distinctive Torpilleur. 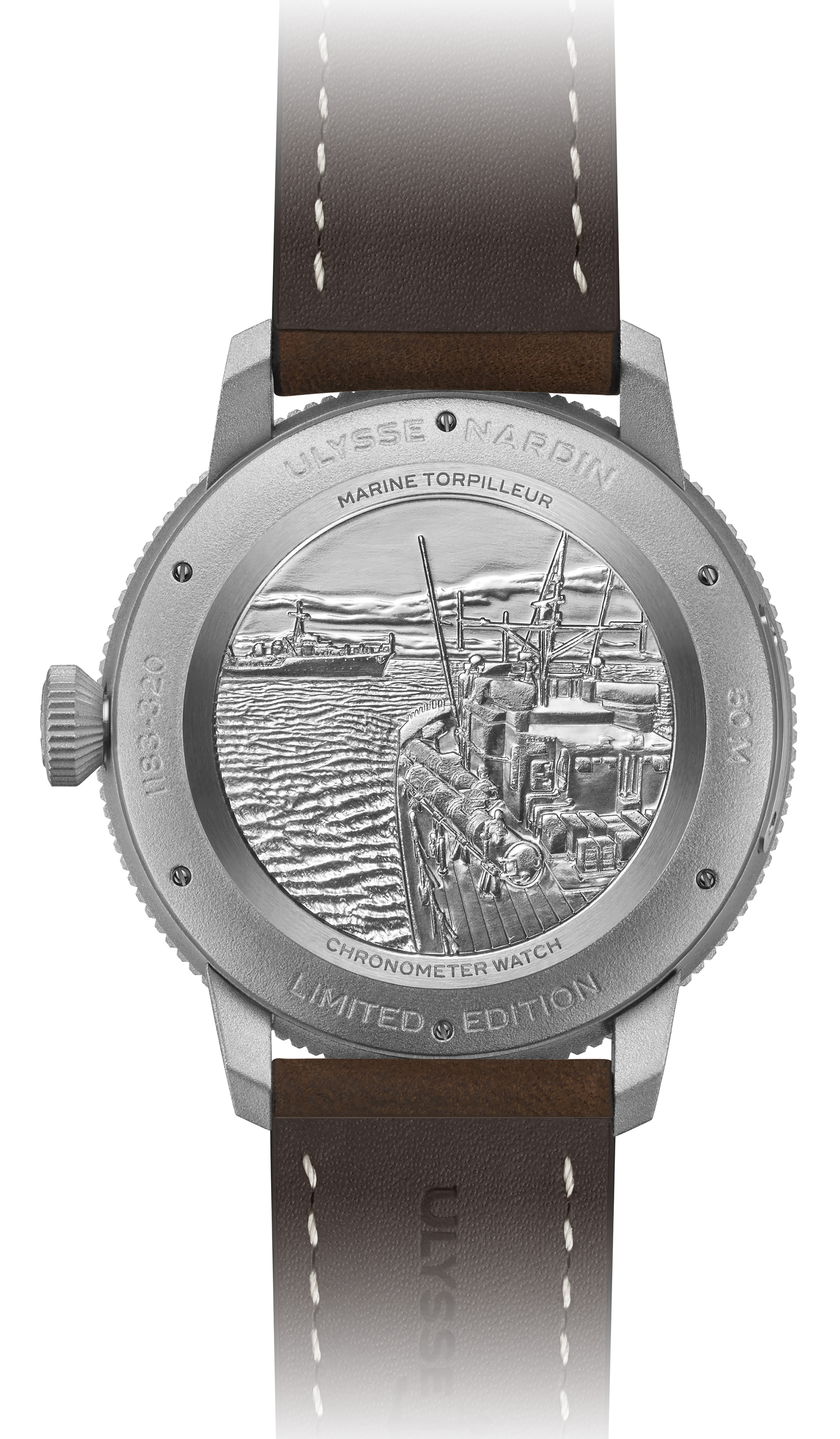 Remarkable for a more accessible chronometer, it is powered by the Ulysse Nardin UN-118 manufacture movement. Featuring the proprietary Silicium anchor escapement crafted in-house at the Swiss manufacture, it boasts both COSC certification and the Ulysse Nardin certificate, a double guarantee of the highest performance standards. A small seconds function at 6 o’clock is complemented by a red serial number, showing the timepiece’s status as one of only 300 in a limited edition. The initials C.W. proudly proclaim it is a Chronometer Watch, referencing the military models of the past, whose design followed the strict codes of the armed forces.

This contemporary chronometer has the advantage of 170 years of timekeeping excellence, the generations of precision and performance that have ensured Ulysse Nardin chronometers a treasured place among naval captains and explorers over the years. Stand to attention now for this vintage-inspired Ulysse Nardin Marine Torpilleur Military edition: refined, resolute, and like its namesake, the Torpilleur, able to outmaneuver its rivals at every turn. The mark of a captain, indeed. 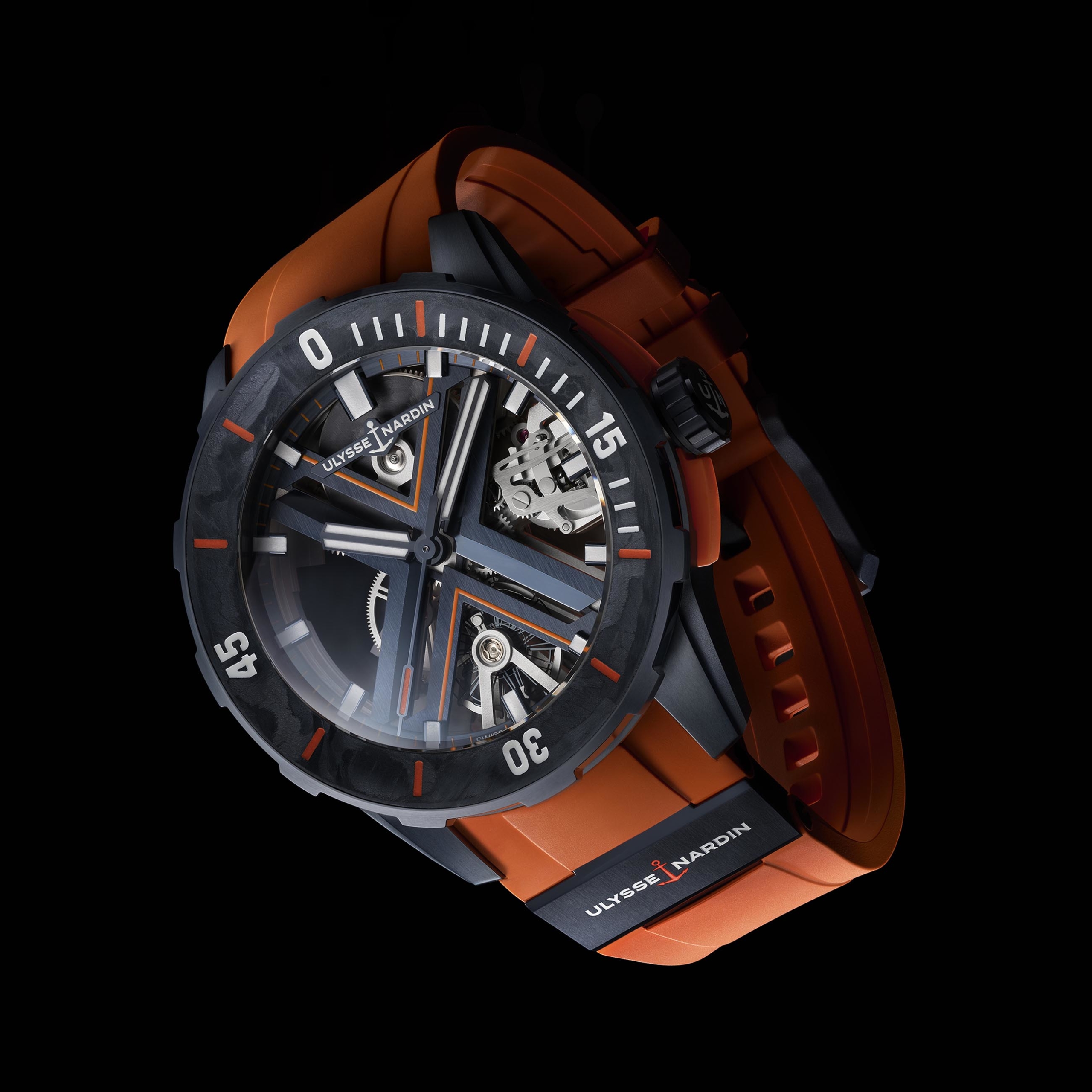 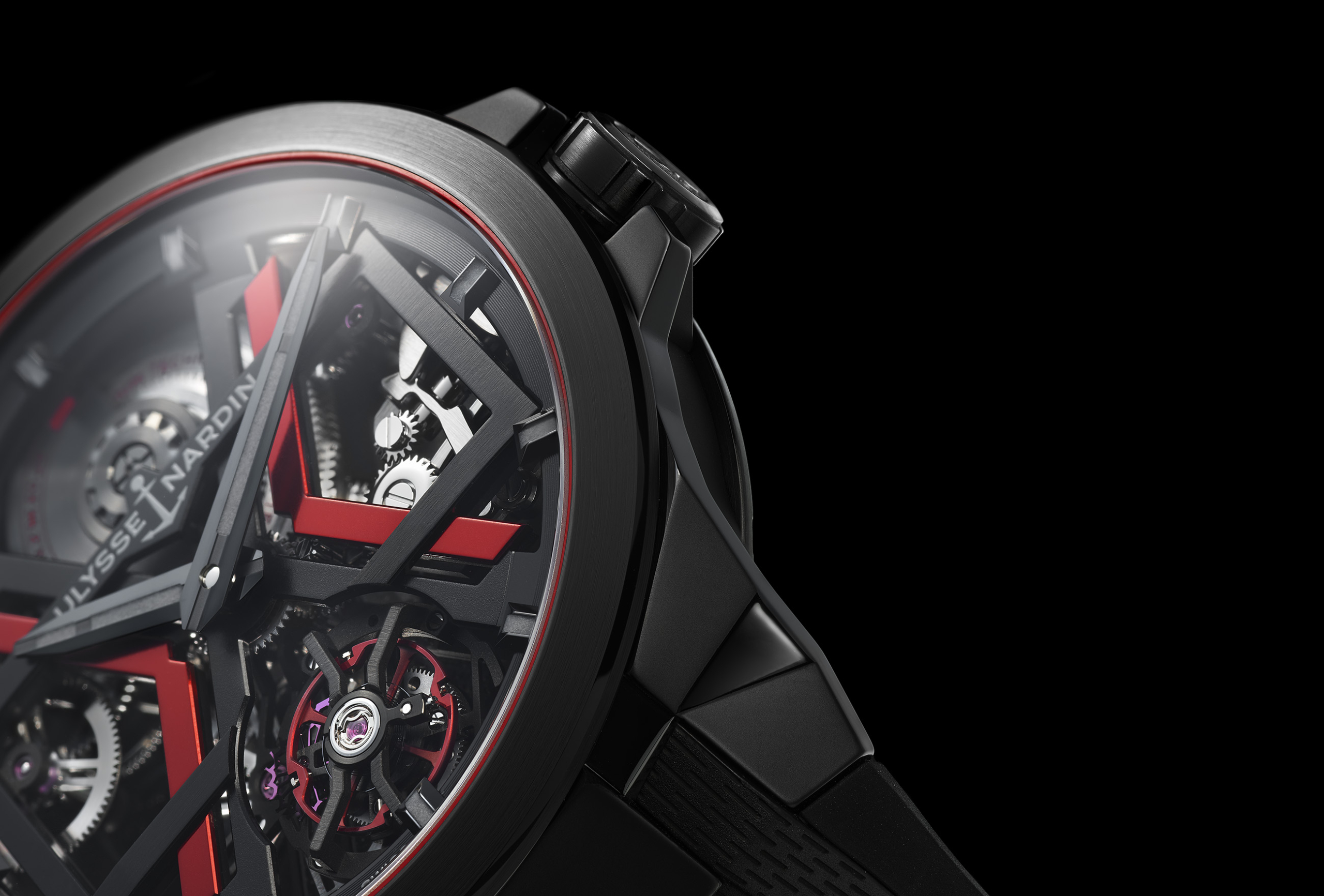