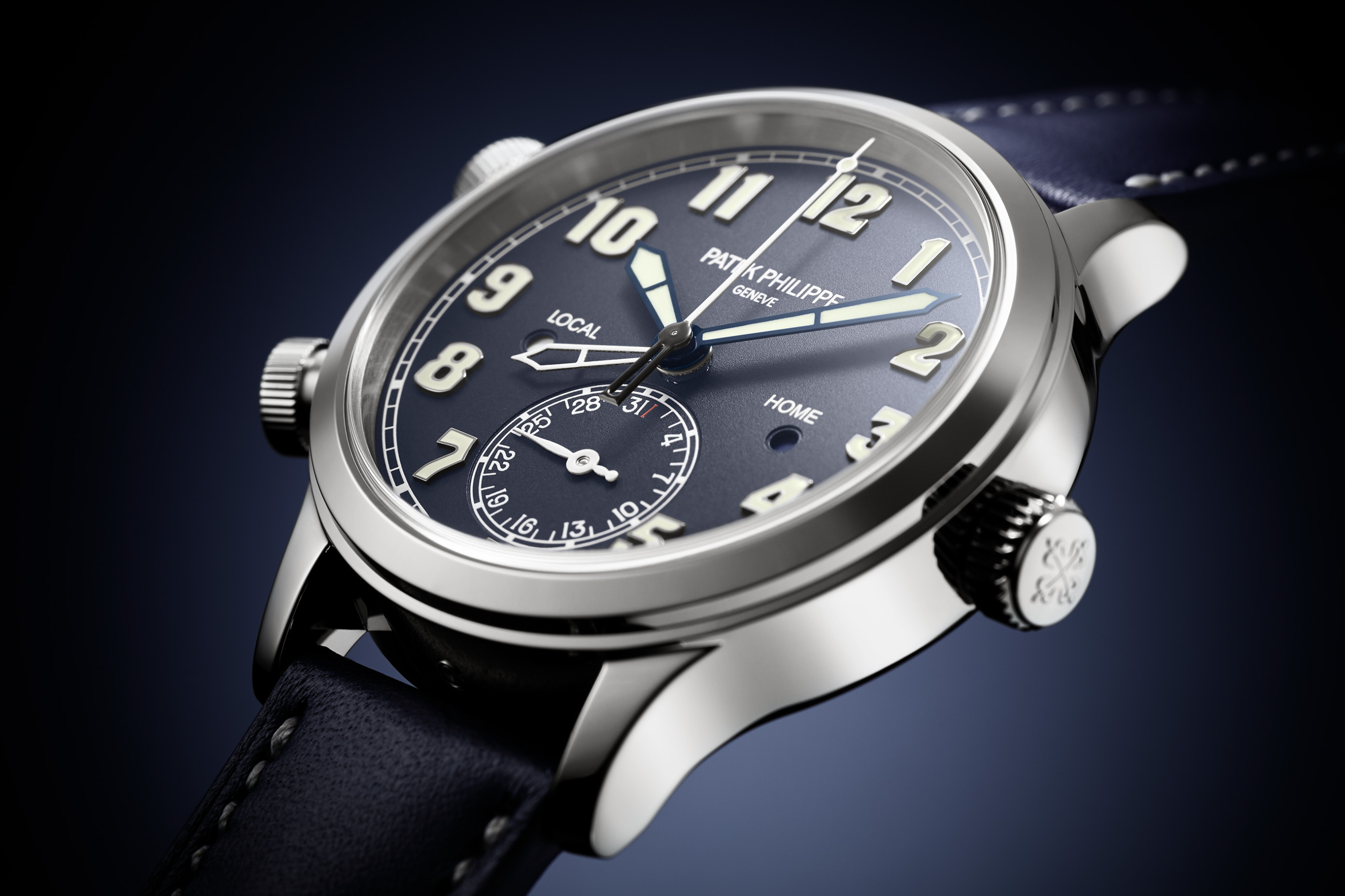 With the new Ref. 7234G-001 Calatrava Pilot Travel Time, Patek Philippe rounds out its watch family that is inspired by the manufacture’s aviator’s watches from the 1930s. The very typical and highly recognizable design was launched five years ago and has already established itself as a modern classic. Today, the pilot-style livery comes to the fore in the Calatrava Pilot Travel Time watches with two time zones (in white or rose gold and with two case sizes) as well as in the Alarm Travel Time, a grand complication with a 24-hour alarm, not counting several limited editions.

A watch for travelers of the modern era

By far not content simply with a new edition, Patek Philippe paid tribute to its own heritage with a highly contemporary interpretation of the icon. Instead of black, the usual dial color of aviator’s watches, a very special and elegant blue was chosen, offering an excellent contrast for optimized legibility. The siderometer architecture became obsolete with modern navigation aids, providing space for a function that is much more useful for modern-day travelers: the display of a second time zone made possible by the exclusive Travel Time mechanism. This easily operable system was patented by Patek Philippe in 1959 and 1996. It is characterized by two hour hands from the center. The local-time hour hand can be adjusted via two pushers in one-hour steps and the date is synchronised with local time.

The inception of a family

With the emergence of this new face in the Patek Philippe collections was highly successful. Especially with men who appreciated a decidedly technical timepiece with a grand taille diameter of 42 mm. All the more as it featured all the facets of artisanship, precision, and timeless elegance of a typical Patek Philippe watch. It also marked the birth of a new family of timepieces with an eminently recognizable design. In 2018, Patek Philippe reinterpreted the original Calatrava Pilot Travel Time with a rose-gold version and a brown dial. The same year, the manufacture launched the rose-gold model in the medium format (37.5 mm) that was destined for feminine wrists but also welcomed by men who prefer somewhat smaller watches. In 2019, the pilot style took center stage again with the Ref. 5520 Alarm Travel Time grand complication. 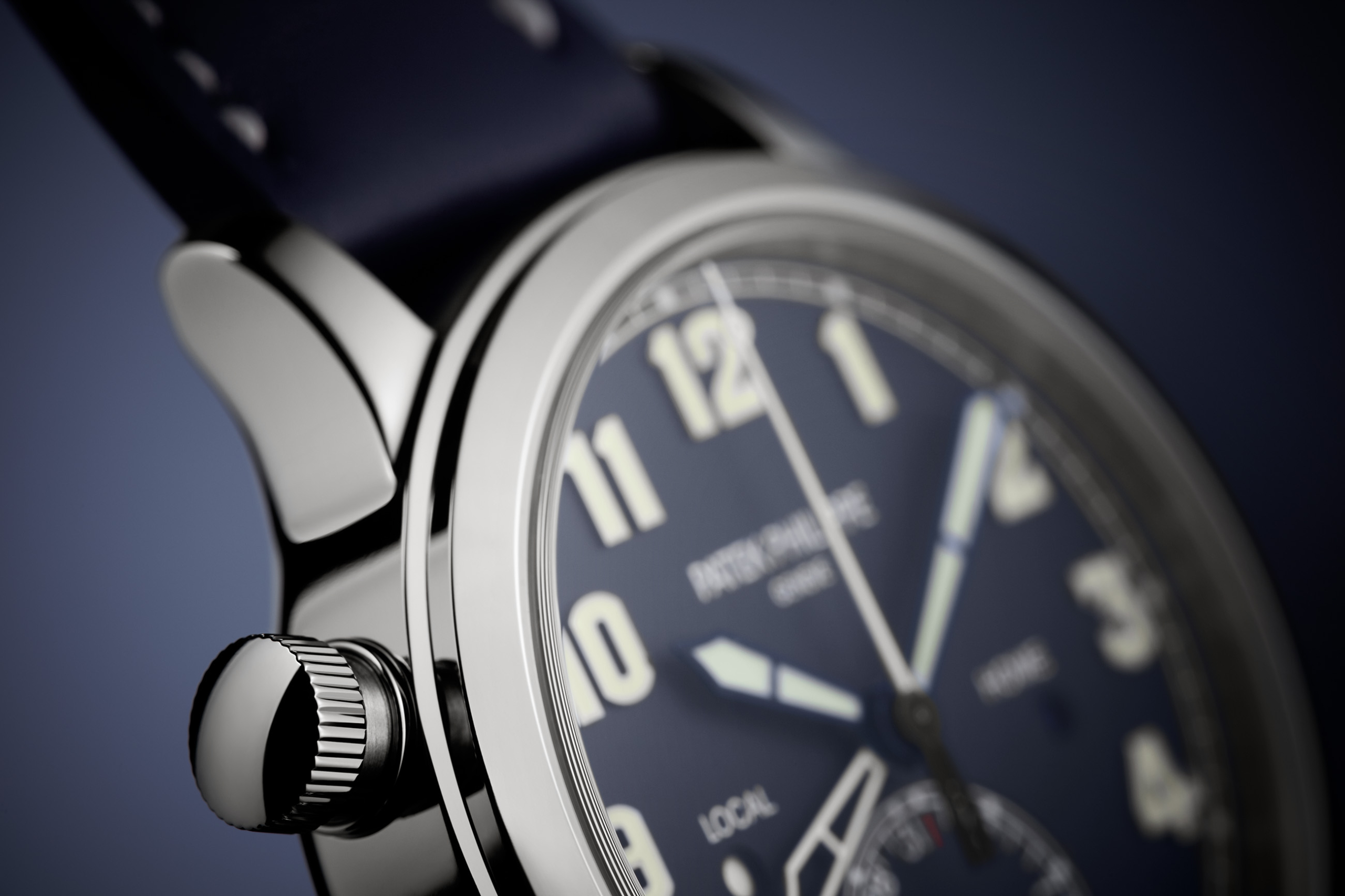 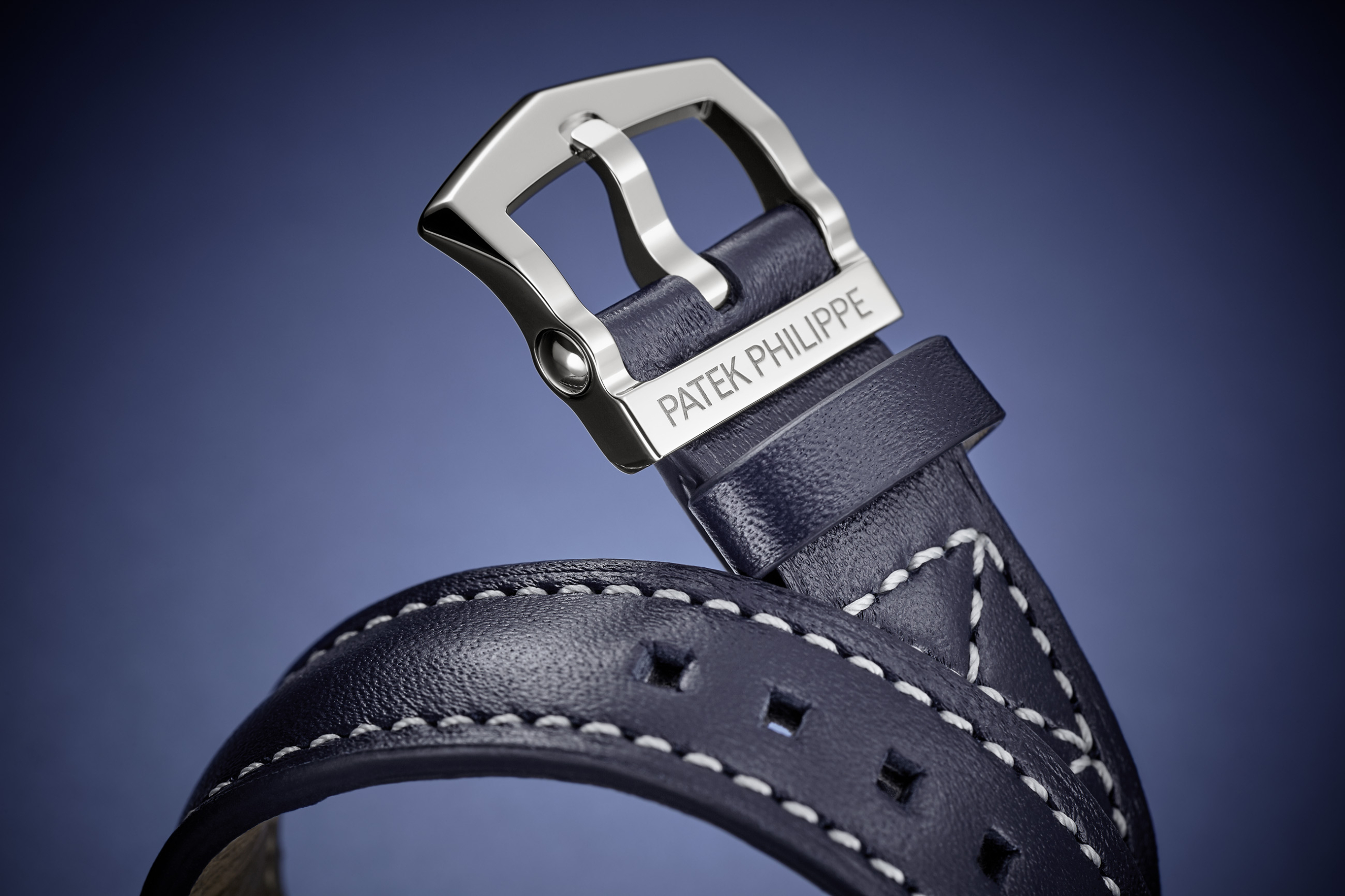 It combines the display of two time zones with a 24-hour alarm mechanism. The family also includes the two limited editions that were presented on the occasion of the Patek Philippe exhibitions in New York in 2017 (Ref. 5522A) and Singapore in 2019 (Ref. 7234A).

With these introductions, pilot-style watches in just a few years established themselves as key models of Patek Philippe’s collections. They subtly embody the combination of tradition and innovation shared by all of the manufacture’s watches, presenting themselves as new classics of contemporary timepiece design just like, before them, the inscrutable Golden Ellipse as well as the iconic Nautilus and Aquanaut. This success will be underpinned by the launch of the new mid-sized Ref. 7234G-001 Calatrava Pilot Travel Time in white gold.

A medium format for the white-gold model

As a medium-sized version of the Ref. 5524G launched in 2015, the Ref. 7234G Calatrava Pilot Travel Time has a diameter of 37.5 mm to fit women’s and men’s wrists. The round Calatrava case in white gold is sleek with a flat and slightly beveled bezel as well as a caseband that merges almost seamlessly with the strap lugs.

The self-winding caliber 324 S C FUS movement consists of 294 parts and features the exceptionally convenient Travel Time system for displaying a second time zone. All it takes is the actuation of one of the two pushers in the left-hand case flank to move the luminous local-time hour hand clockwise (with the lower pusher) or counterclockwise (upper pusher) in one-hour increments. During such adjustments, the local time hand is disconnected from the movement, so the accuracy of time displayed by the minute and seconds hands is not compromised. The skeletonized hour hand continues to indicate home time. Both time zones have separate day/night indicators (LOCAL window at 9 o’clock for local time, HOME window at 3 o’clock for home time) to simplify time setting on the go and to prevent unintentionally waking up loved ones with a phone call in the middle of the night. 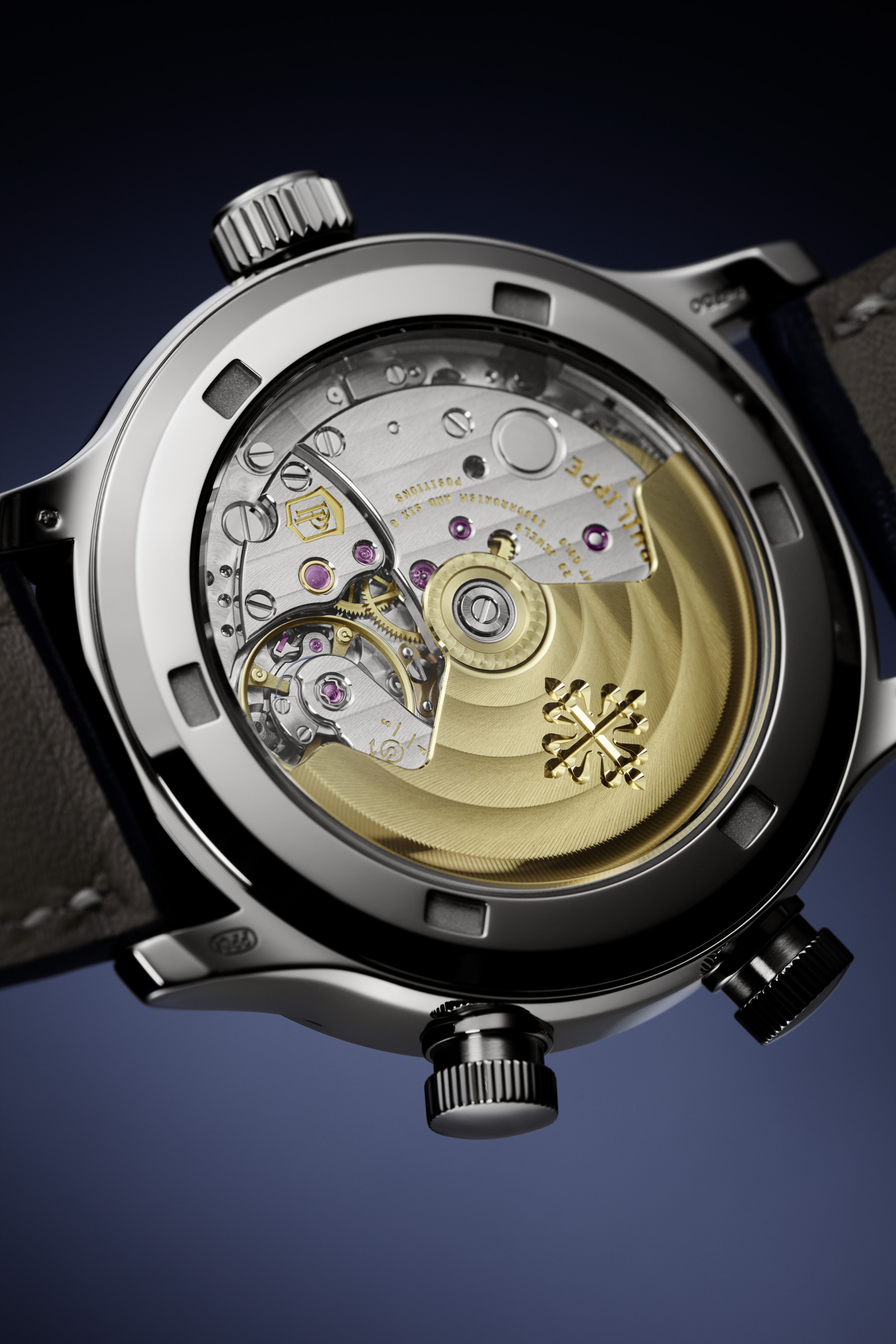 The blue lacquered dial, inspired by aviator’s watches, is highly legible even in the dark thanks to applied white-gold numerals filled with a white luminous coating and broad luminous baton hands made of blued white gold. The face is decidedly technical yet timelessly elegant. 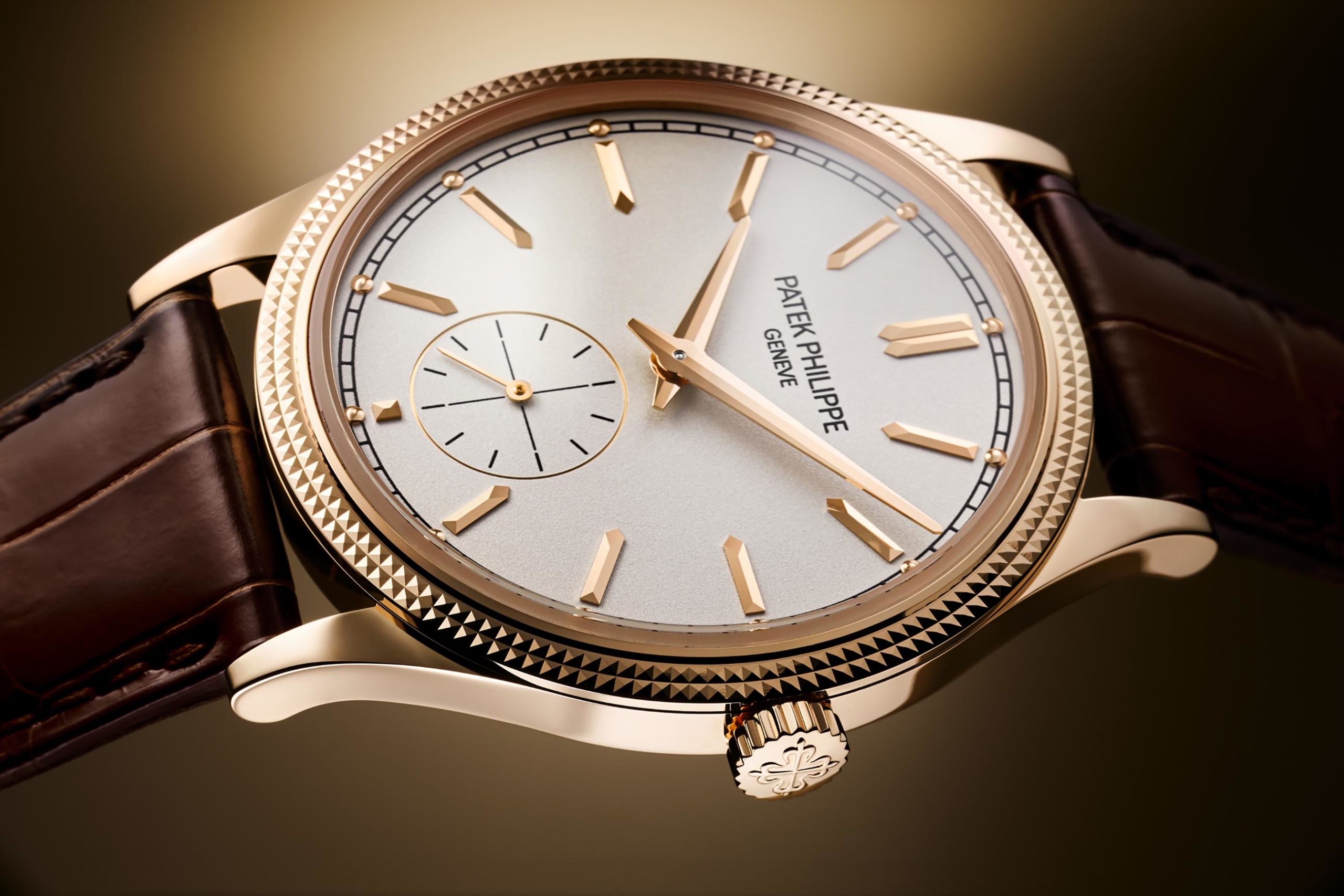 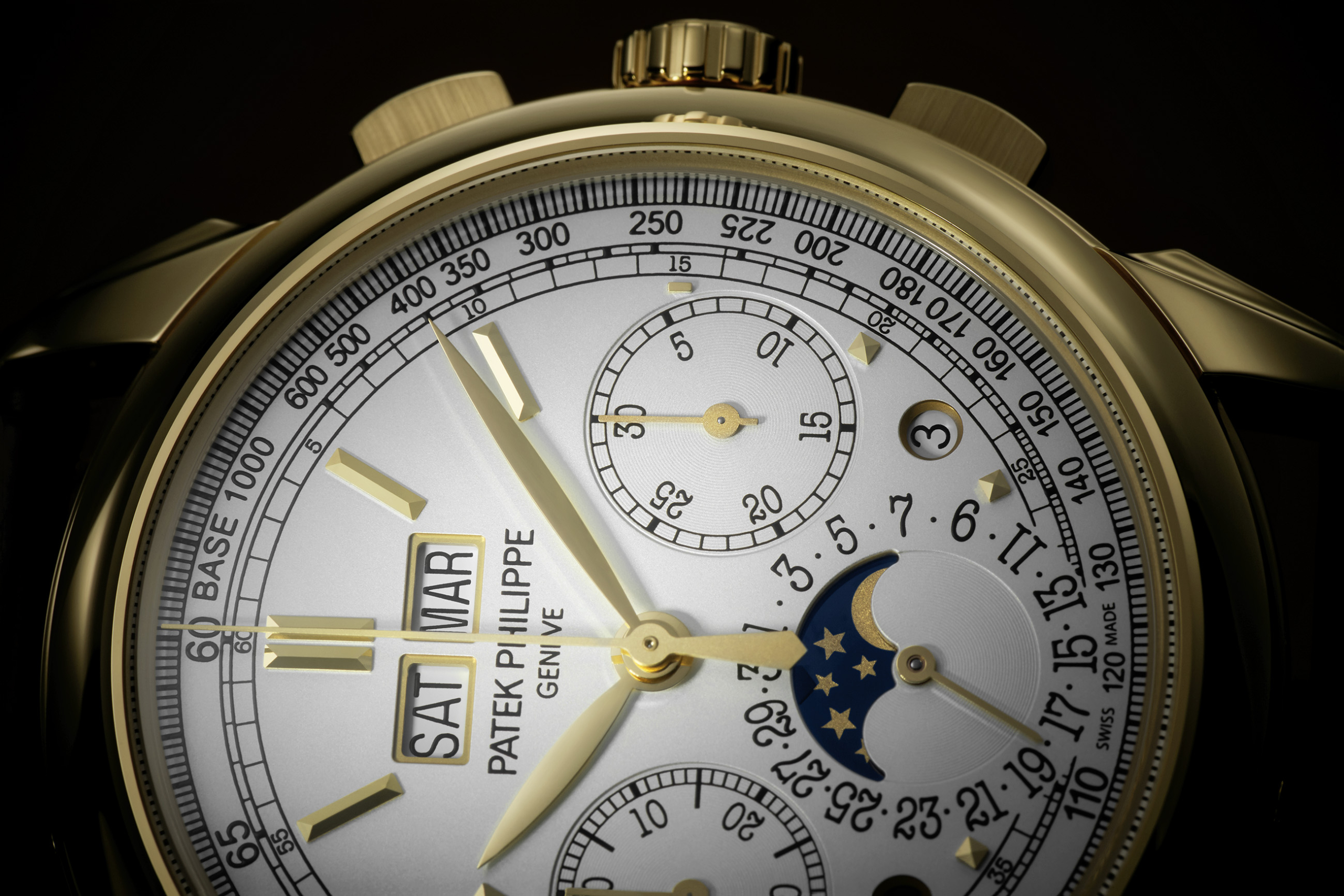 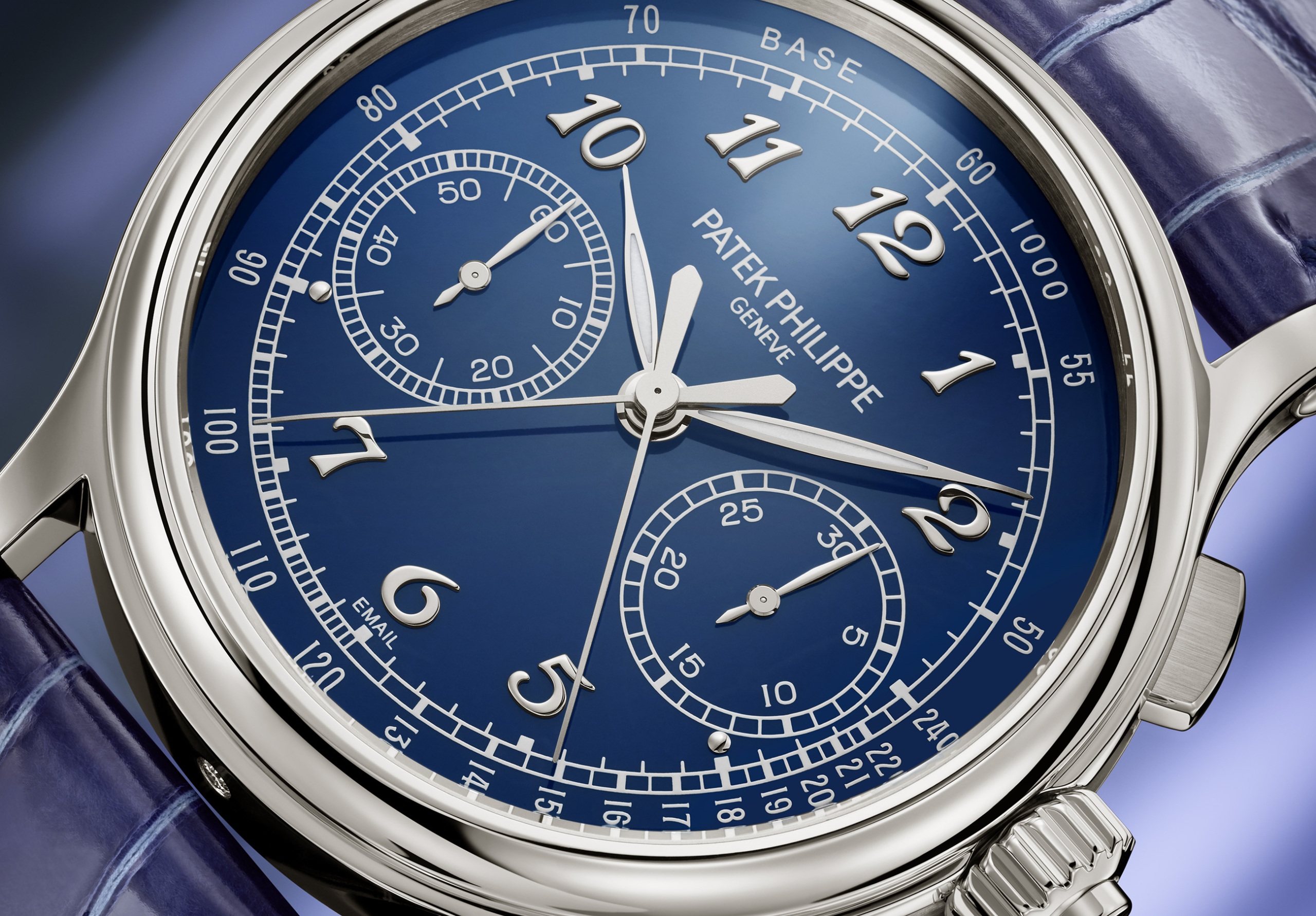