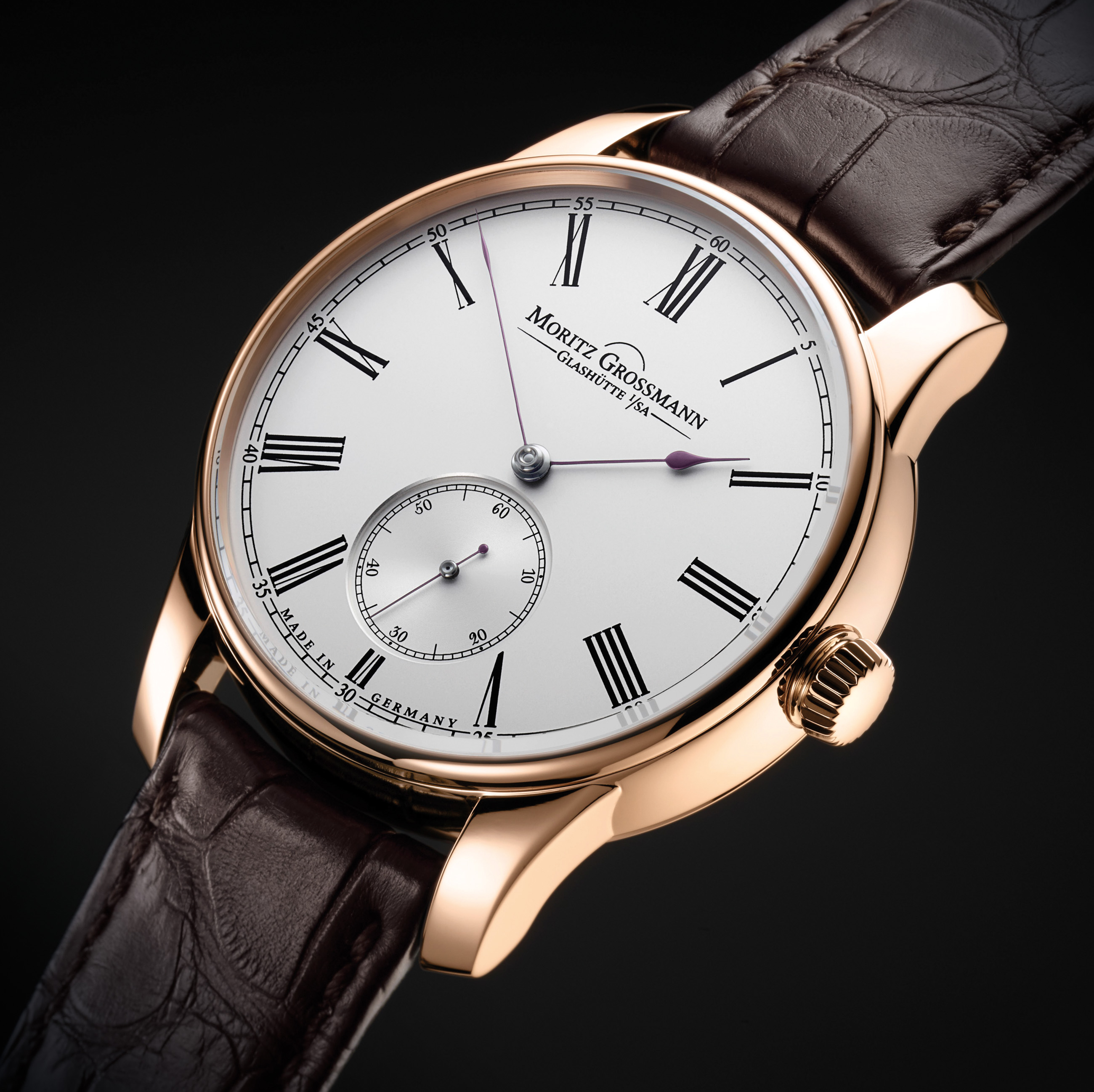 Throughout millennia, researchers and inventors strived to build a perpetual motion machine, a device that would continue to move indefinitely once started. Without any external source of power, it was believed that the machine itself would generate an unlimited amount of energy. It was only with the formulation of the law of conservation of energy in the middle of the 19th century that physics quashed the principle of perpetual motion. Nevertheless, people’s fascination for the concept remained unbroken.

Of course, the HAMATIC does not purport to be perpetual motion machine – after all, the first automatic watch from Moritz Grossmann draws its kinetic energy from an external source. A pendulum-style hammer weight skilfully uses the energy generated through the wearer’s movements to transfer it via the ratchet wheel to the mainspring in the barrel, meaning that an external energy source makes the dream of infinite motion come true. It’s therefore safe to say that the HAMATIC is one of the most beautiful and complex examples of would-be perpetual motion.

Perfected, traditional self-winding hammer system
Once upon a time, most people moved around on horseback or by foot. Both riding and walking mean that the person is subjected to a constant upward and downward movement. The engineers behind the world’s first automatic watches in the 19th century exploited this fact by using a pendulum in the shape of a hammer with a heavy head to harness all of the kinetic energy generated through movement. 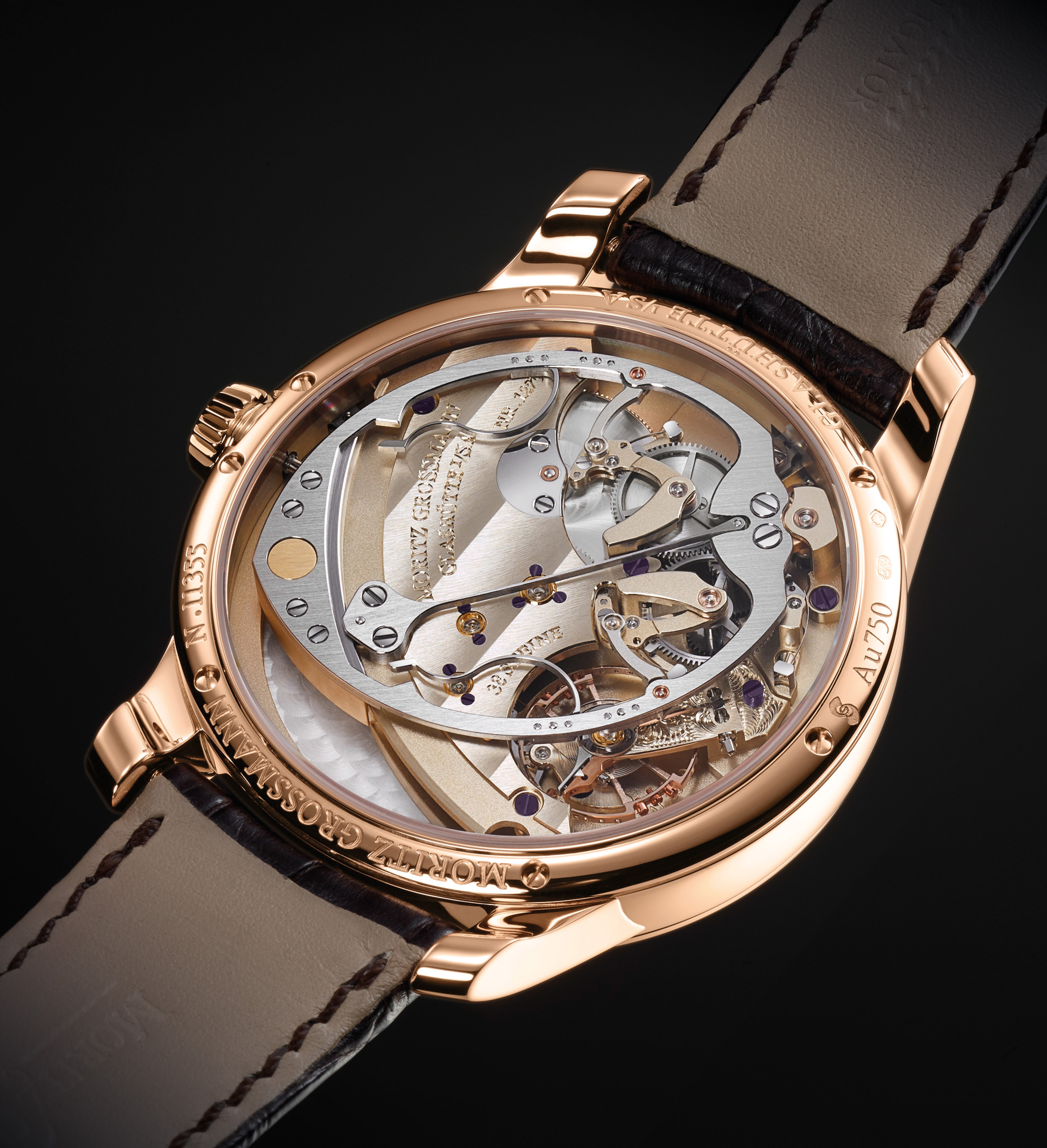 The engineers at Grossmann deliberately returned to the traditional concept in order to keep the fascinating mechanics of the Grossmann movement visible. In the form of an elaborate, intricately finished frame that is open in the middle, the body of the hammer provides a stage for the hammer spring and striking gold hammer head. The calibre 106.0 complete with its hammer-style pendulum system can thus be seen at work through the sapphire crystal display back. 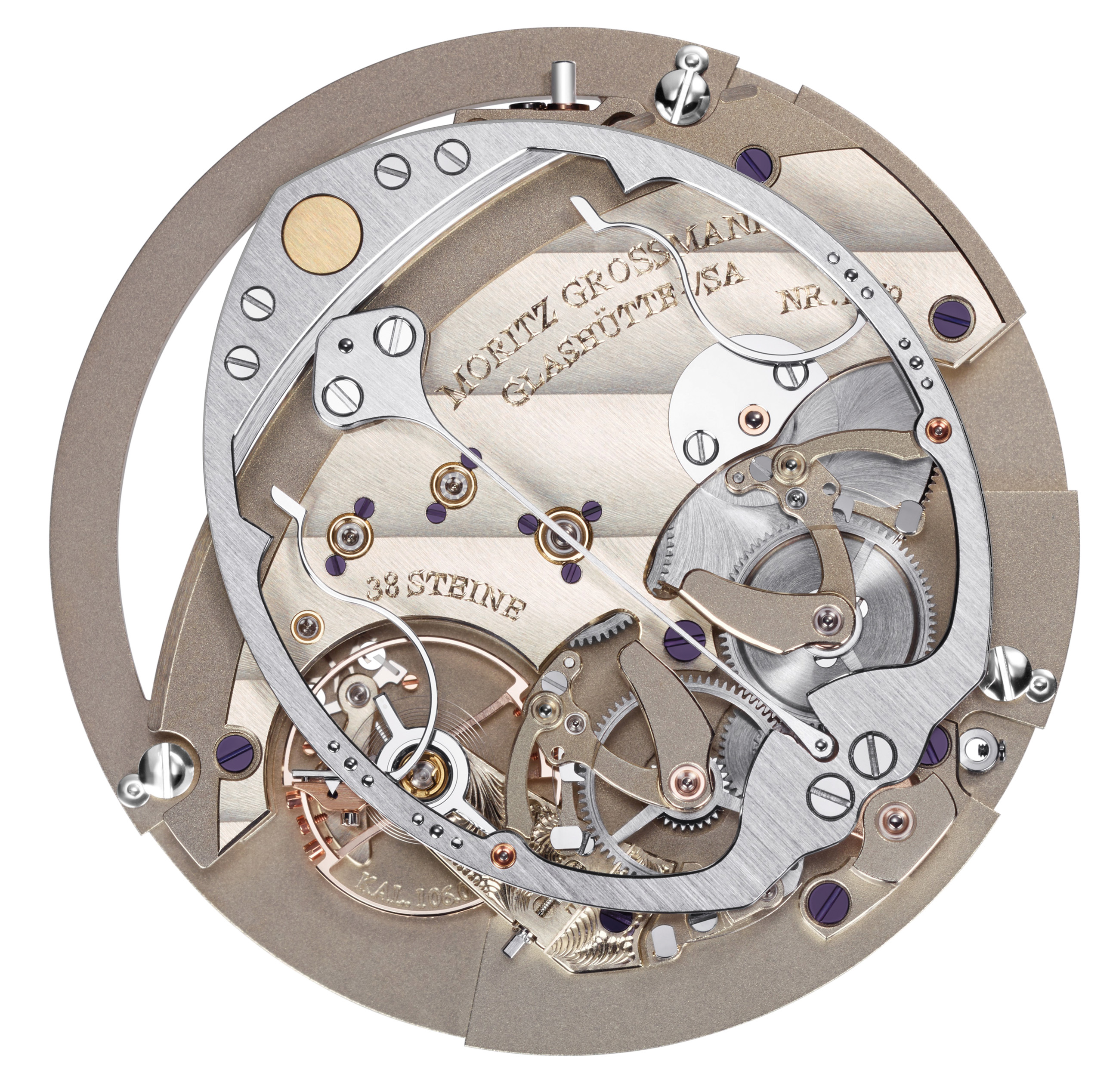 The bidirectional automatic hammer mechanism guarantees high energy efficiency with consistent winding power. This results in a highly precise and reliable movement. A power reserve of 72 hours is available when fully wound.

The hammer’s centre of mass is further away from its rotational axis than with a central rotor. This results in a high torque, which in turn caters for powerful winding. Thanks to the special ratchet mechanism, hammer movements from just five degrees can be used to wind the mainspring.

The calibre 106.0
The calibre 106.0 was especially designed for the HAMATIC. This classic pillar movement has a Grossmann plate with six Glashütte stripes. Through the interplay of the hammer body together with head and spring, the automatic hammer mechanism works in both directions. A sapphire roller transfers the oscillation between hammer spring and hammer body.

Two basic scenarios need to be covered by this system in a reliable and energy- efficient manner – very fast movements and the more gentle deflection. The former generate excessive deflections, which need to be attenuated and limited by fixed end stops. This is ensured by intricately crafted end springs in the hammer frame. If the movements are gentler with low hammer amplitude, energy transmission is nearly loss-free.
Grossmann Uhren GmbH 05/2019 2/9

Reduction gear with yoke winder
In order to convert the energy into a continuous rotary motion, the oscillations of the hammer body are picked up by two click levers. The two-way direction of rotation of the click wheels ensures an even rotary motion, which is transferred to the free wheel via the reduction wheel and then to the ratchet wheel in the mainspring barrel.
The automatic winding system is complemented by a manual winder designed as a yoke winder that is mounted on a separate bridge. The yoke ensures that the manual winder is always uncoupled from the ratchet wheel when the HAMATIC system is active in response to motion. In manual winding mode, the reduction gear is isolated from the ratchet wheel by a click-pawl idler.

The HAMATIC also offers a stop-second function via the balance for ultra-precise time setting.

The dial
Large, intricately finished Roman numerals adorn the dial, the design of which is reminiscent of the historical pocket watches by Moritz Grossmann. The hands are another nod to the historical models. The hour hand stands out thanks to its pear- shaped tip, while the minute hand moves round the scale in a needle-like, slender design. Once again echoing the design of Moritz Grossmann’s pocket watches, the hour and minute hands are extremely delicately crafted and measure just 0.1 mm in width at the narrowest point. At its tip, the second hand is no more than five hundredths of a millimetre. The hands are manually crafted in the manufactory and annealed over an open flame to achieve the distinctive Mortiz Grossmann brown-violet hue. 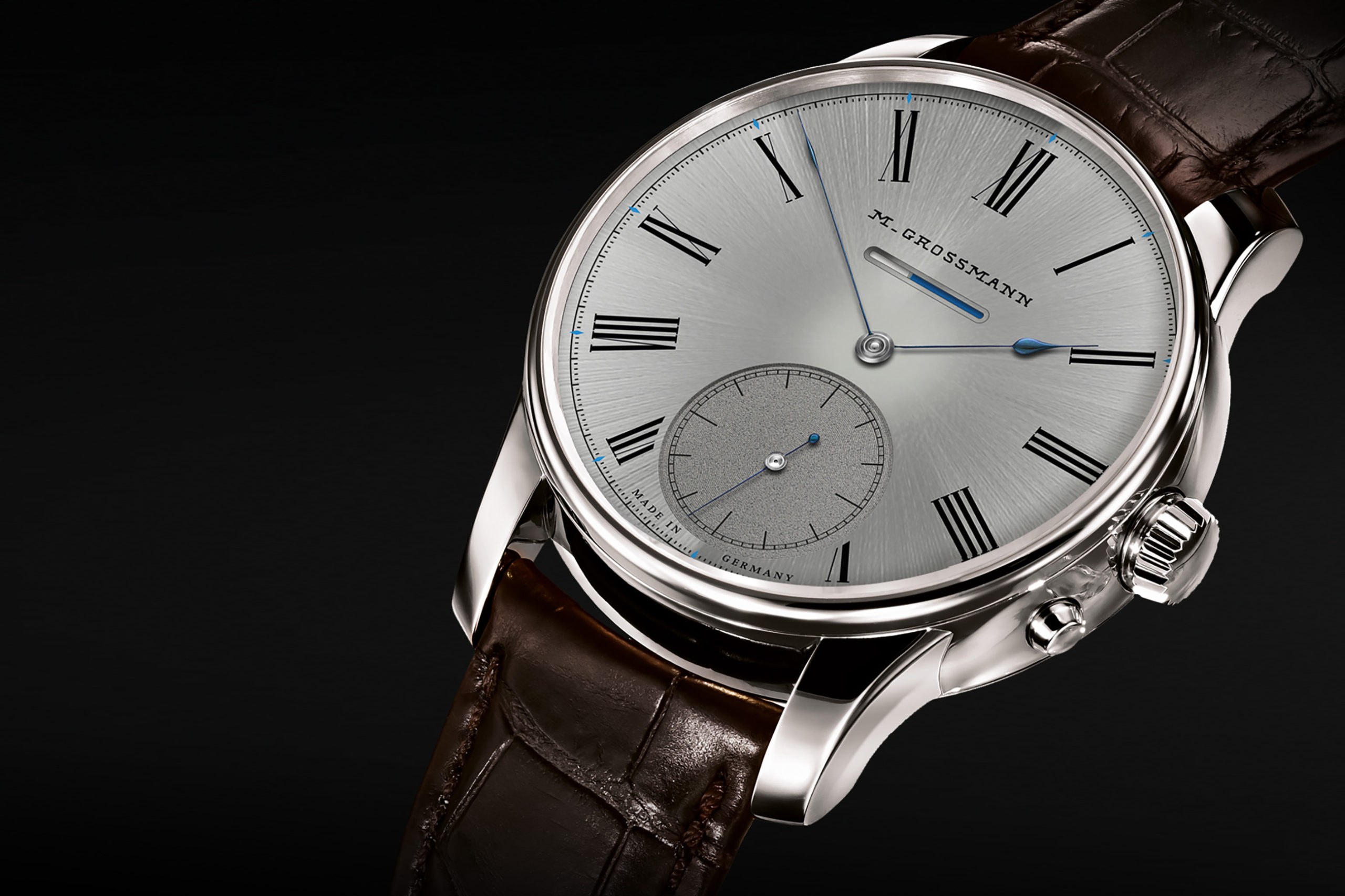