Well, I think I am the luckiest person alive because my entire career other than when I hurt my leg and I drove for Jaguar for two years my entire career has been with Porsche and with Porsche you are almost guaranteed having a car that is capable of winning these major racers, you know, I am not the greatest driver but I drive the greatest cars and that combination has been good for me.

I think the most significant win was when Peter Gregg and I won Daytona back in 1973, I was nobody back then.  I’d won two IMSA championship which was  an American Championship and it was not international which doesn’t get you very far then we suddenly were able to win Daytona and we backed it up by winning Sebring, that was in an RS,  Peter Gregg was given a car, Roger Penske was given a car , so it was the first time that I was actually matched up against two of the premier road racing guys in the world, Mark Donnohue and George Follmer and I was able to hold my own with them, so that gave me the confidence I needed to say “this isn’t a fluke I can compete with these guys”  so that was important for me.  As far as the race car goes, I love driving the 936, when I won Le Mans for the first time in 1977, I was in a car with Jurgen Barth and myself and then Jacky Ickx’s car broke down so they moved Jacky over to my car, that was a sweetheart car to drive  we drove it again in ‘78 and then again in ’81, that 81 car was probably my favorite because it was a 936 with a Porsche Indy engine in it. That was just a sweet car with power, downforce, road holding, it was open cockpit so visibility was really good it was just a great car to race under any circumstance. 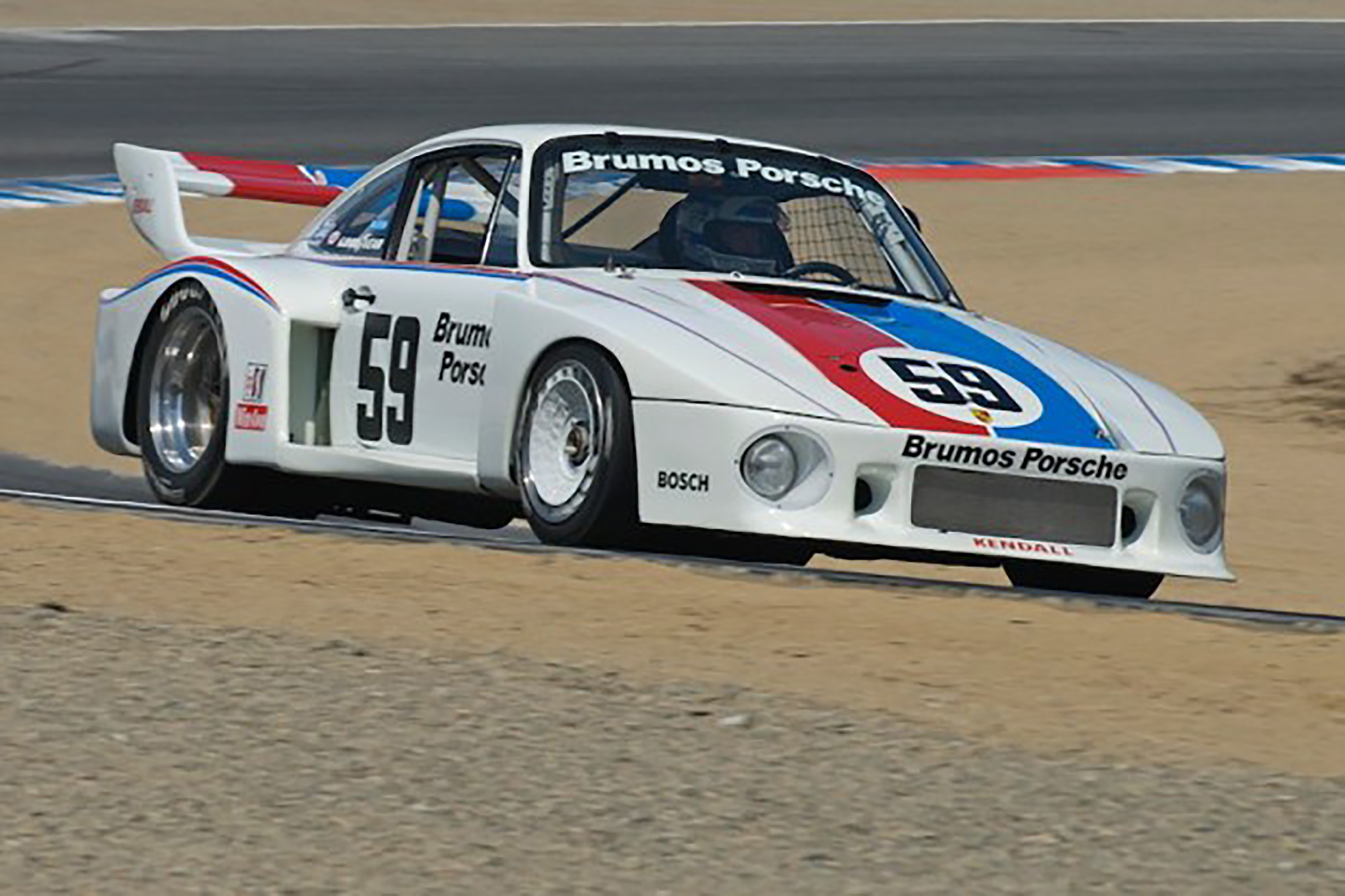 You have to look at it in two ways, one from the safety issue, the development on the safety side,  the constructions of the cars, the clothes we wear, the helmets we wear, all that stuff has dramatically changed in the 45 years I’ve been racing. When I started the 917 -10 you sat in a car that was made of aluminum tubing between two 50 gallon drums of gasoline, so it wasn’t the most safe car in the world to drive, with 1,200 HP it was a real bear. In today’s world cars like the LMP1 Le Mans Porsche 919, that car from a technical standpoint is amazing, from a safety standpoint if something were to happen, the drivers are really protected with carbon fiber tubs and the latest safety advances, so it’s made a huge evolution. I remember starting off with a stock 911 in my career and if you look at just 911 development, that’s been pretty awesome so we’ve gone from a slightly modified street car to the latest renditions of the 911 like the 911 GT RSR is just a magnificent piece of work that has every single technology that you can put into a racecar so it’s a pretty wide variance of different technologies over that period of time. 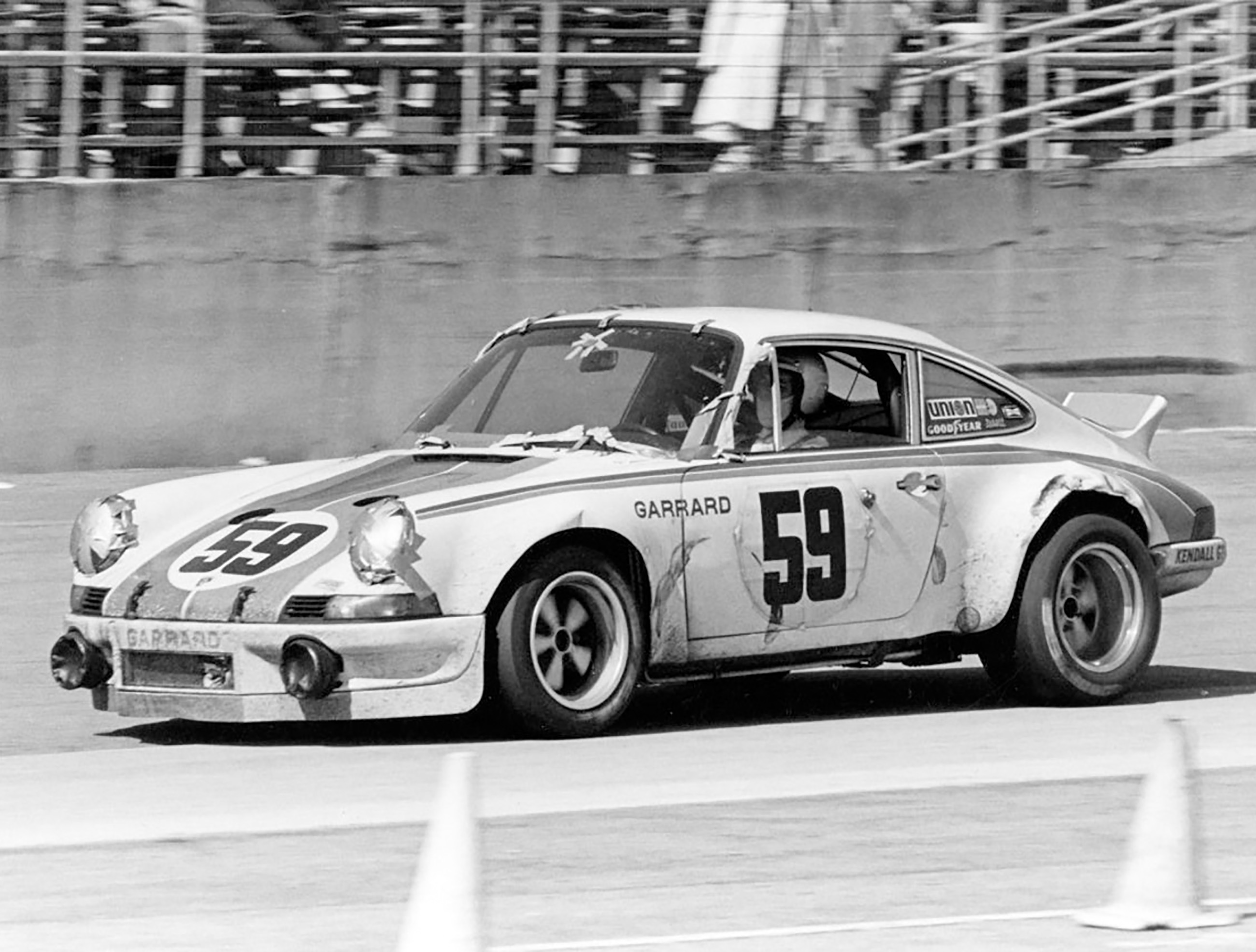 Well I ‘m a purist. I like driving cars that are not governed by electronics, you know, I started prototype driving  in ’73 with the 917-10, that was probably the most frightening and uncomfortable car I’ve ever driven, that thing was just so powerful, really I was coming from a 300 HP 911, jumping to a 917-10 , If it hadn’t been for Mark Donnohue I would have been completely lost, but Mark came to my aid, he helped me kind of get my head around driving a car like that,  the premier drivers in the world were driving in that series, so that was really great to be able to do that, but you [ Lehman Keen]   were one of my drivers when I got out of the seat and I was always amused you and Andrew would always complain about the power steering wasn’t quick enough and the air conditioning wasn’t cold enough or the ABS brakes weren’t working or the power steering wasn’t good. We didn’t have any of that stuff. My ABS system was my foot, and we had to drive pretty physically demanding cars, like the 962 was a raw car that had terrific downforce, about 3000 lb. of downforce from the tunnels in the car, so it took a while to adjust from a non-ground effects car to a ground effects car and that adjustment was wonderful because it is every race car driver’s dream to drive a car like that, but physically it was super difficult, so you had to grunt and bite your tongue and do the best you could and that compared to the cars today, it’s a different physical exercise because the cars are so complex with electronics that you have a guy jabbing in your ear the whole time, switch this , turn that knob, etc. That to me would be very distracting; your steering wheel is a complicated thing that you have probably 20 buttons on the steering wheel of a prototype car. You have to know!  you can’t look at it, you have to know exactly where that button is and press it at the right time, so if you’re good at playing video games, that’s the first step in the process of whether you are going to be good in a race car, It’s just a different way of doing it I guess. 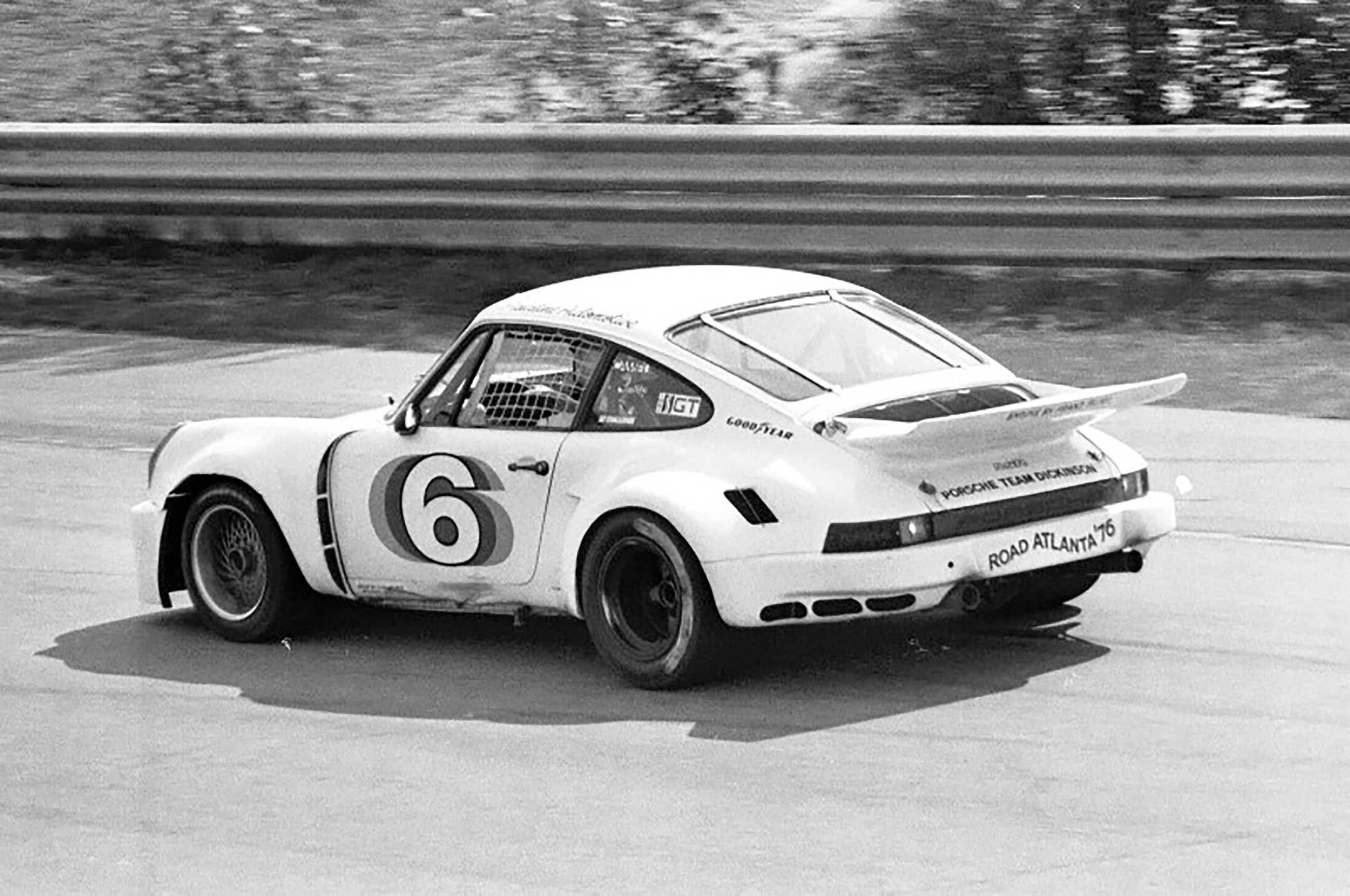 I think anything with Porsche written on it is pretty much a guarantee that at some point in history that car is going to become valuable. We’ve been lucky to capture a lot of the significant race cars from my career, and you know, the price of those cars when we were racing them was not a lot of money but they’re worth millions of dollars today. What’s the reason? Well, I just think that those generations of cars, -there’s not many around- people really love that nostalgia; to be able to look at an old 911, to look at an RS, to look at a 917. Those things are so valuable, and It’s like anything, time increases value, you look at paintings you look at anything that is an art form and really some of those early 911’s are art forms. When you look at the cars then and you look at the cars today, the shape of the 911 in the early ‘60s it was a fairly pure shape, when you look at a 911 now, it’s got big wings and widgets to get the downforce. I think it’s not really less attractive but is a different era to do the same thing really.  I think the cars today in 20 to 30 years from now will be worth what the old cars from the ‘60s and ‘70s cars are worth today so, it’s an evolution… When I won Le Mans in 1977 Professor Porsche gave me a black Turbo 911, I drove it for years. That was a great car and finally sold it. I don’t know where that car went; I wish I had it back now because that thing would be super valuable. If I look at the cars I’ve personally owned, you know a racing driver doesn’t want last year’s car; he wants next year’s and next year’s car and so on…  I sold those cars and then bought them back, but at a much more money than when I sold them; and in hindsight, a lot of things in life you say “eh, that’s not going to be worth anything” and twenty years later it’s worth millions of dollars! The wise money, anything that’s got a Porsche on it, you just keep it and wait and at some point it will be very valuable. 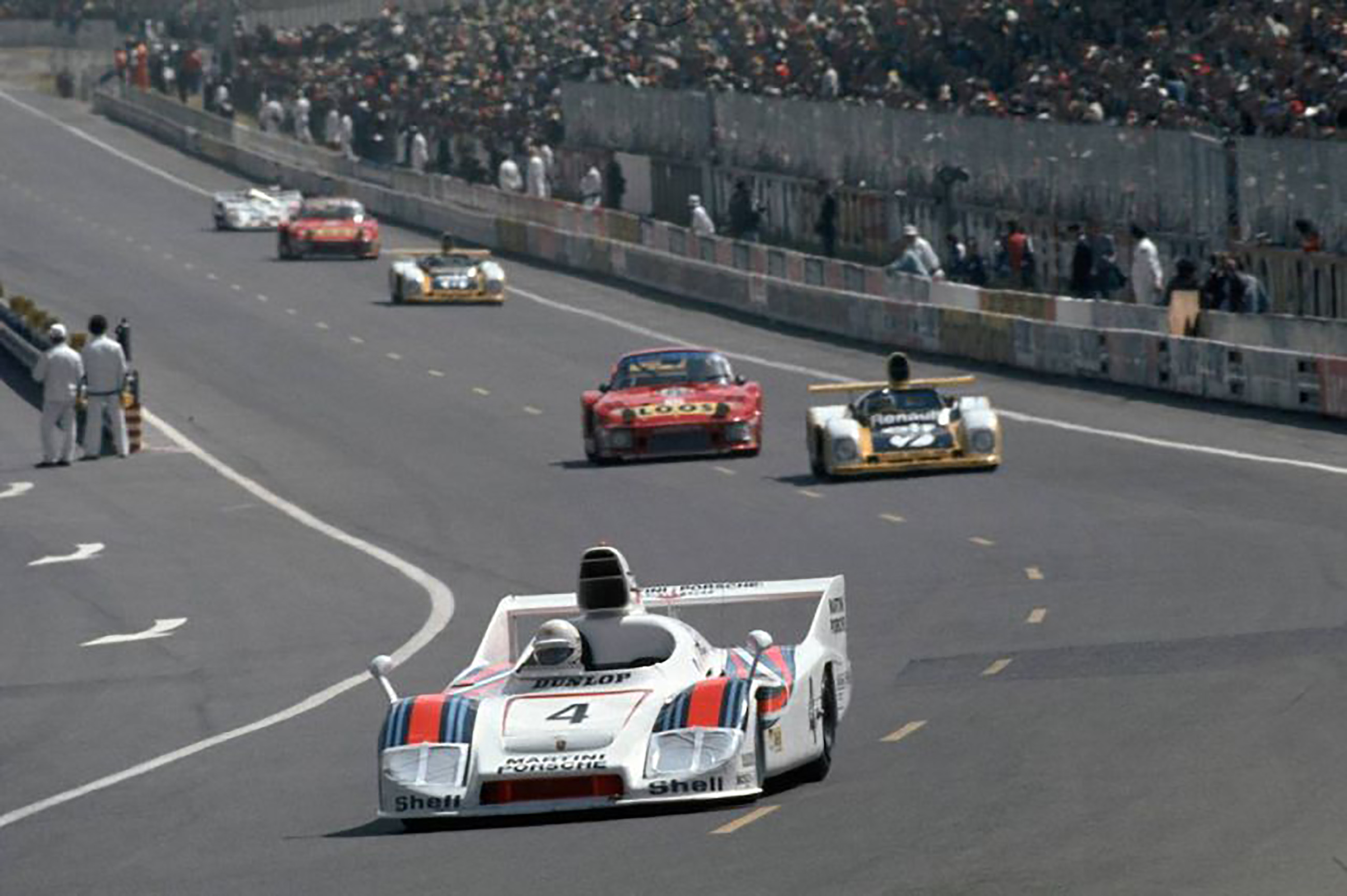 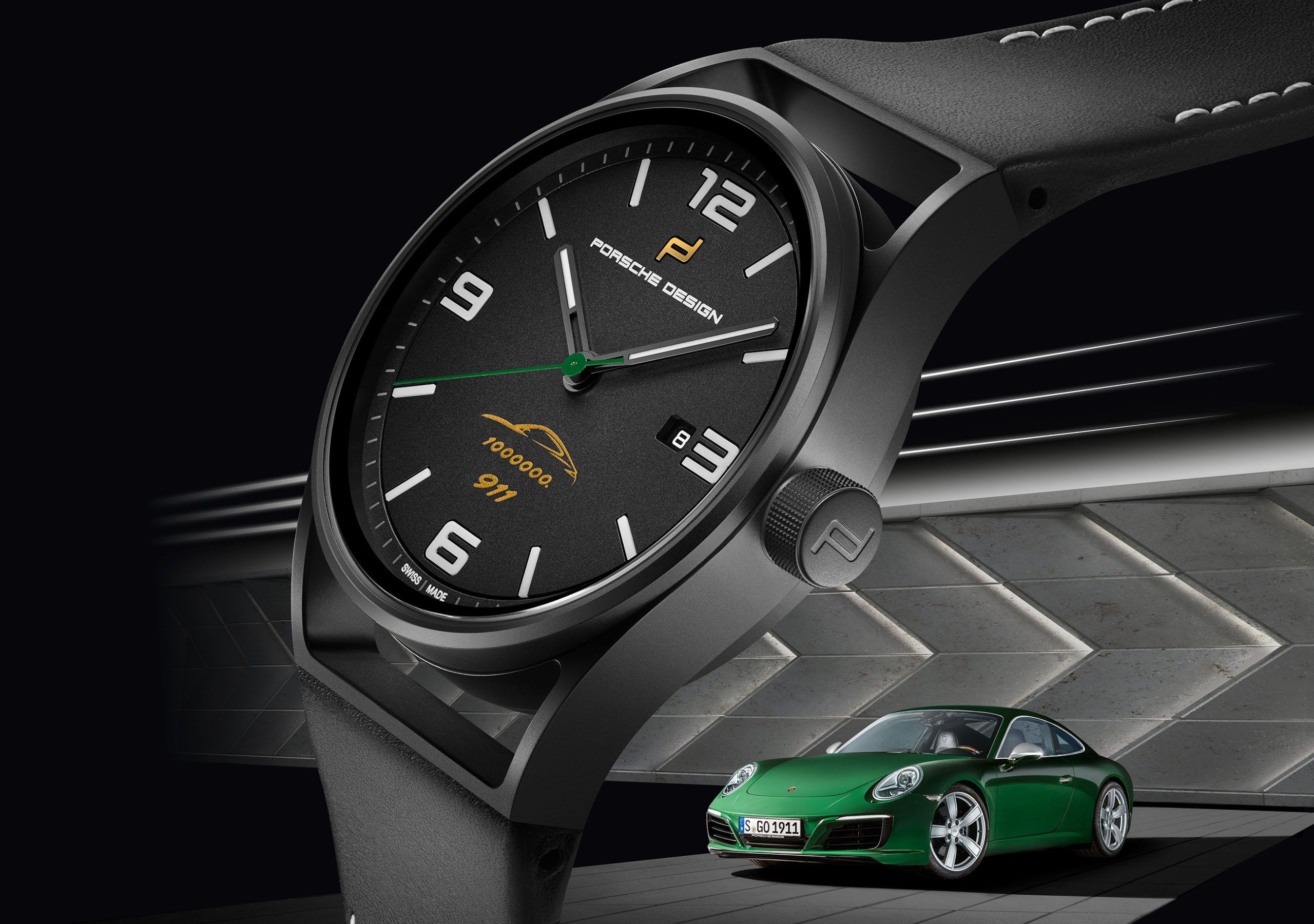 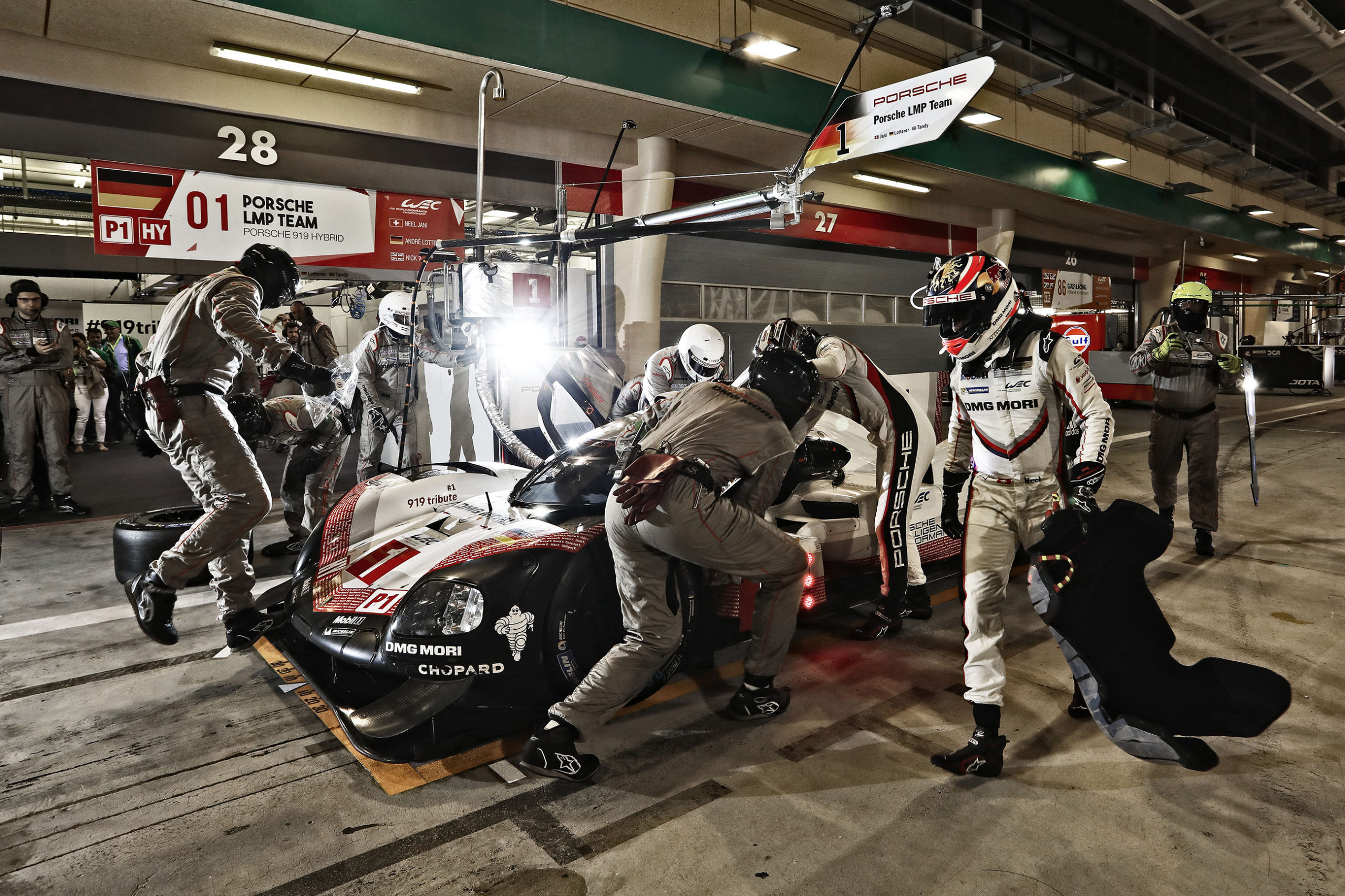