I had been travelling rather extensively the past few years and it was on one of my trips to Europe in 2016 that I decided to step into IWC in Madrid.  It was a last minute decision made on the spur of the moment as I had some spare time from my work commitments. This chance visit allowed IWC Madrid to introduce me to the 2016 IWC Aquatimer Automatic 2000, one of the 35 limited pieces created by IWC and CronotempVs. 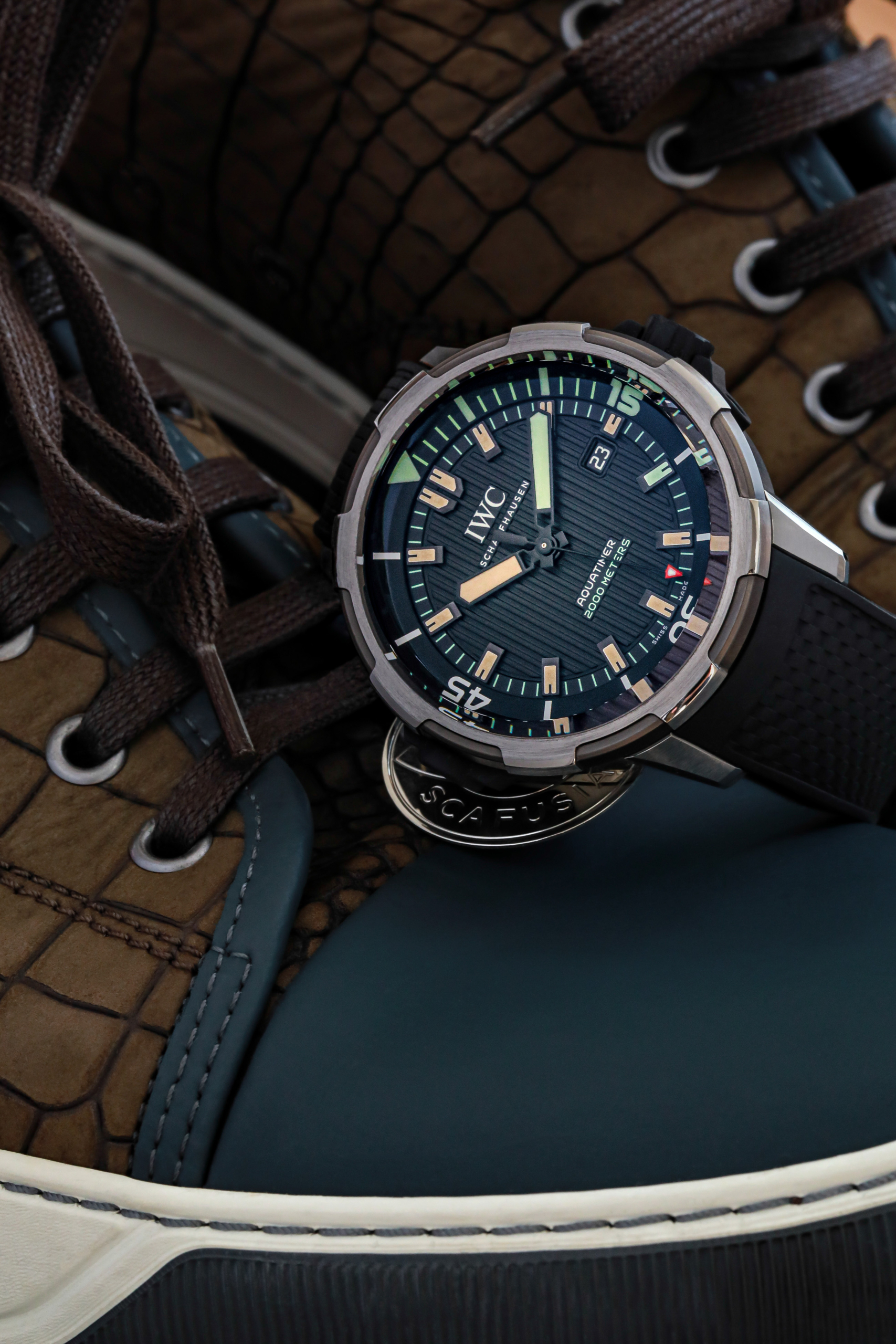 When I set my eyes upon the Aquatimer 2000, it was the veritable love at first sight moment as the eye-catching colour combination of the 15 minutes dive markers and the hour markers in the familiar and imposing Aquatimer 2000 case immediately set my heart fluttering.

The unusual colour combination of the warm sand brown of the hour markers and light lime green of the 15 minutes markers brought to mind the striking colours of cocktails served by the pool or beach.  The rich details of the vertical stripes on the dial with the hour markers seemingly floating on top of the dial became visible only when the light caught the dial in certain angles while appearing starkly glossy flat in others. Moving round the circumference of the dial was the red arrowhead seconds indicator which provided a nice contrast on the black, sand brown and light lime green colour combination. 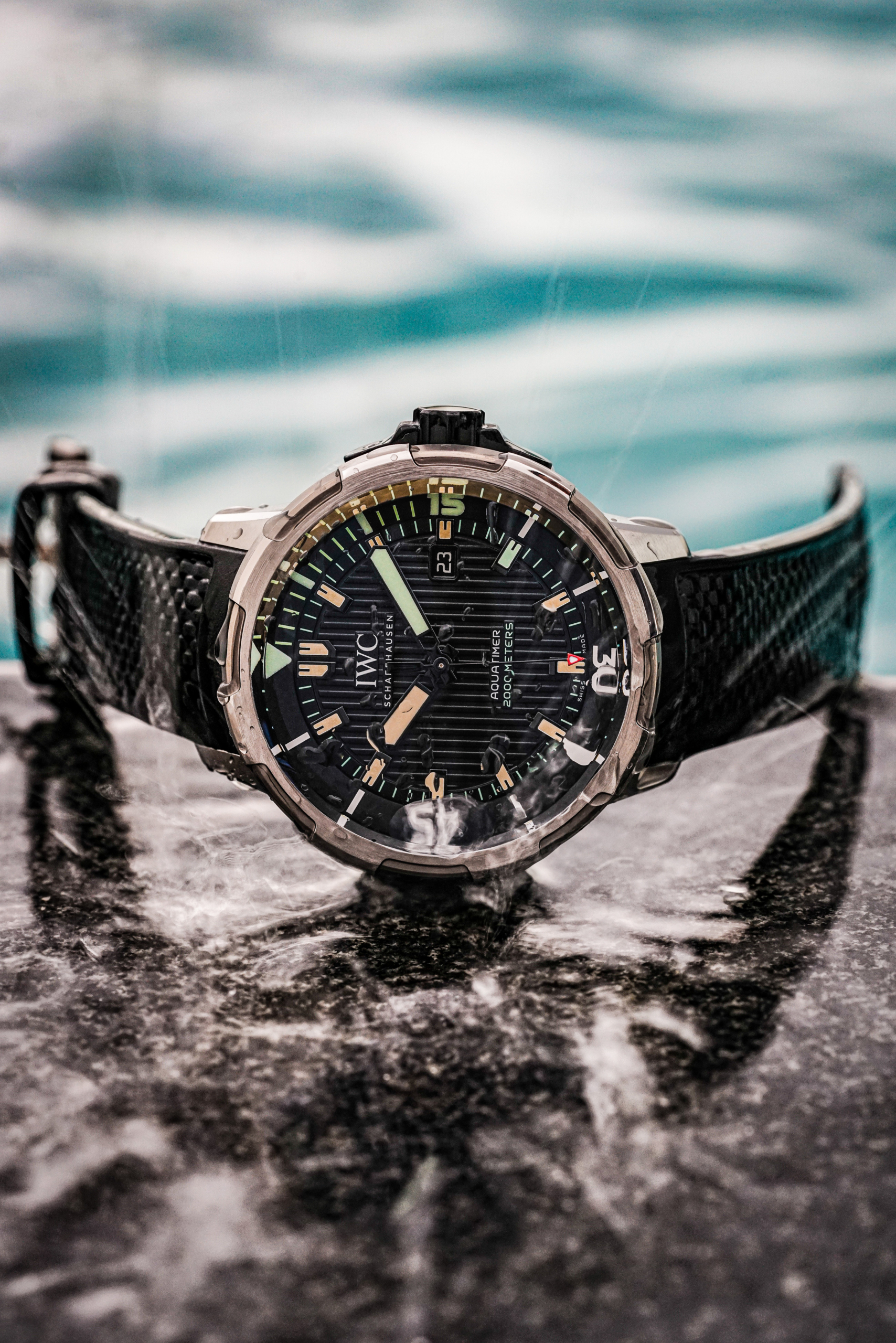 The case shape was the familiar yet strikingly different Aquatimer 2000 shape that we know and come to love.  The bezel was aggressively shaped and the sharp angular lugs allowed the watch to comfortably sit on the wrist. The weight of the watch was a nice heft on the wrist which was not top-heavy. The double AR and domed crystal really helped with providing good visibility of the dial in all angles in spite of the thick crystal (necessary for the 2000 metres water resistance). 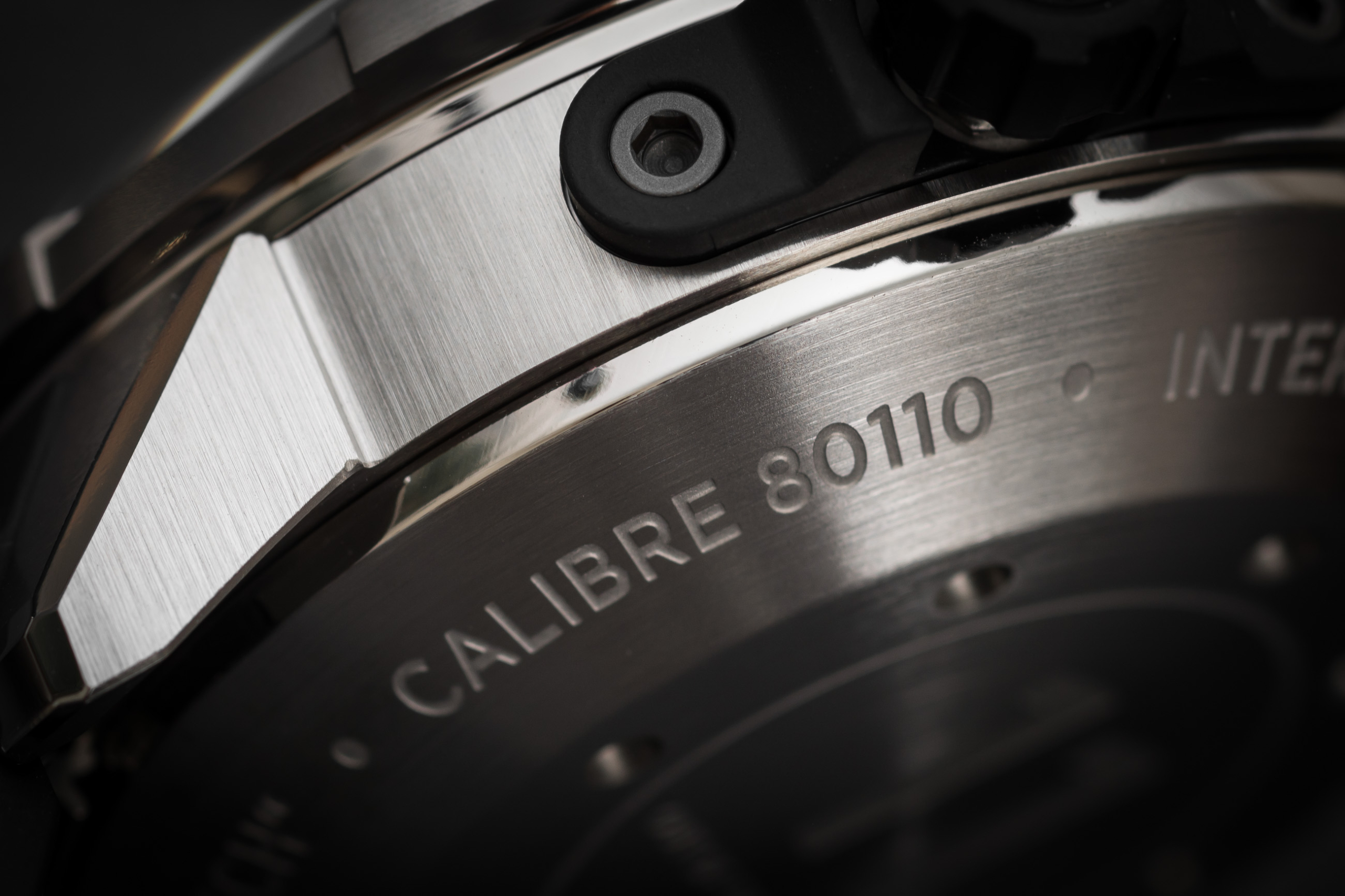 The call of the Aquatimer 2000 was too strong for me to resist and I purchased the watch unthinkingly. I was in love, I wanted it and I needed it. 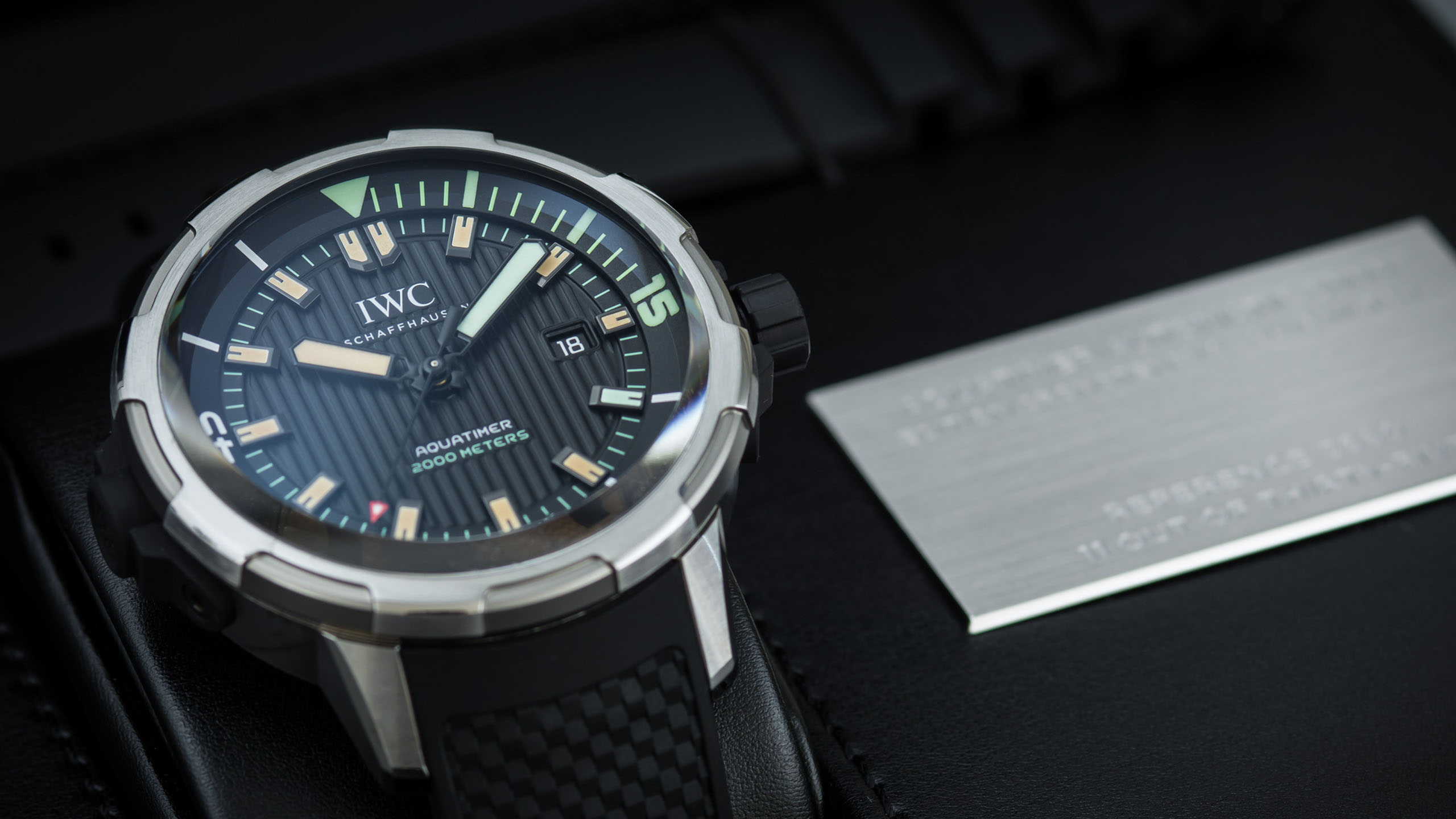 The Aquatimer 2000 was seldom off my wrist for the remainder of my trip and I took delight in discovering the small yet insightful details that IWC and Aquatimer 2000 put into the watch that emerged whenever I examined the watch.  For example, the colour of the 4 o’clock hour marker was light lime green and not the sand brown of the other hour markers and the screw down crown and crown guards are in black rubber providing a nice and modern contrast with the titanium of the case.  In the dark, the luminosity of the hands and markers comes alive and makes the dial seem larger than it is.  There is a personalised engraving with the serial number on the case back and the final touch was the bottle of  green wasabi Gin by SKULLY embossed in silver. 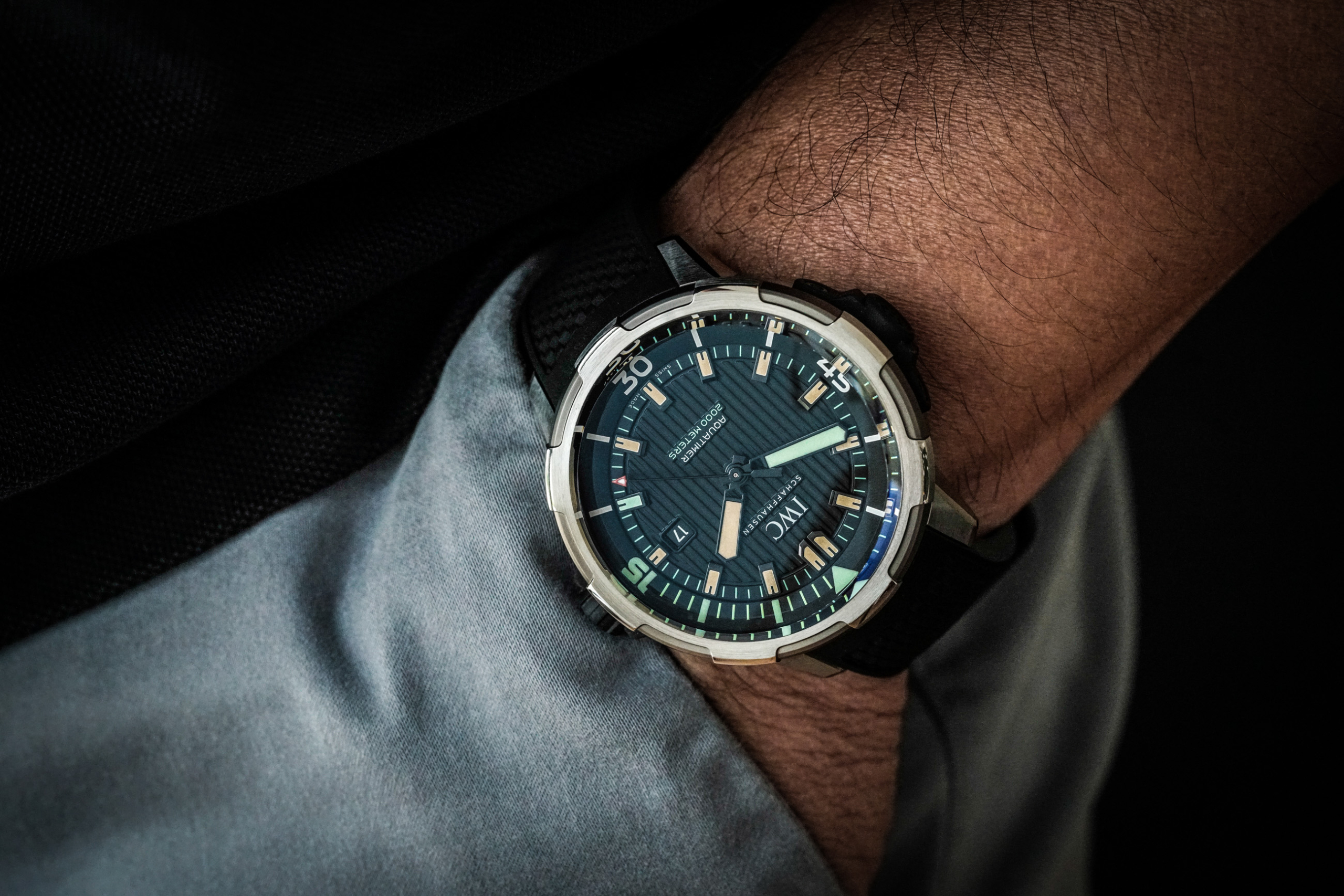 I have worn the watch extensively since then as it is a versatile watch being at home lounging by the beach or desk diving in the city.  It has accompanied me on many overseas trips including Bali, Promenade des Anglais, Busan, Majorca, and New Zealand.  Aesthetically, IWC has really built a watch that is rugged and yet elegant.

The Aquatimer has grown with me over the years.  My love for this watch has not waned over time, but it has deepened and matured with time and will continue to be a part of my life for years to come. 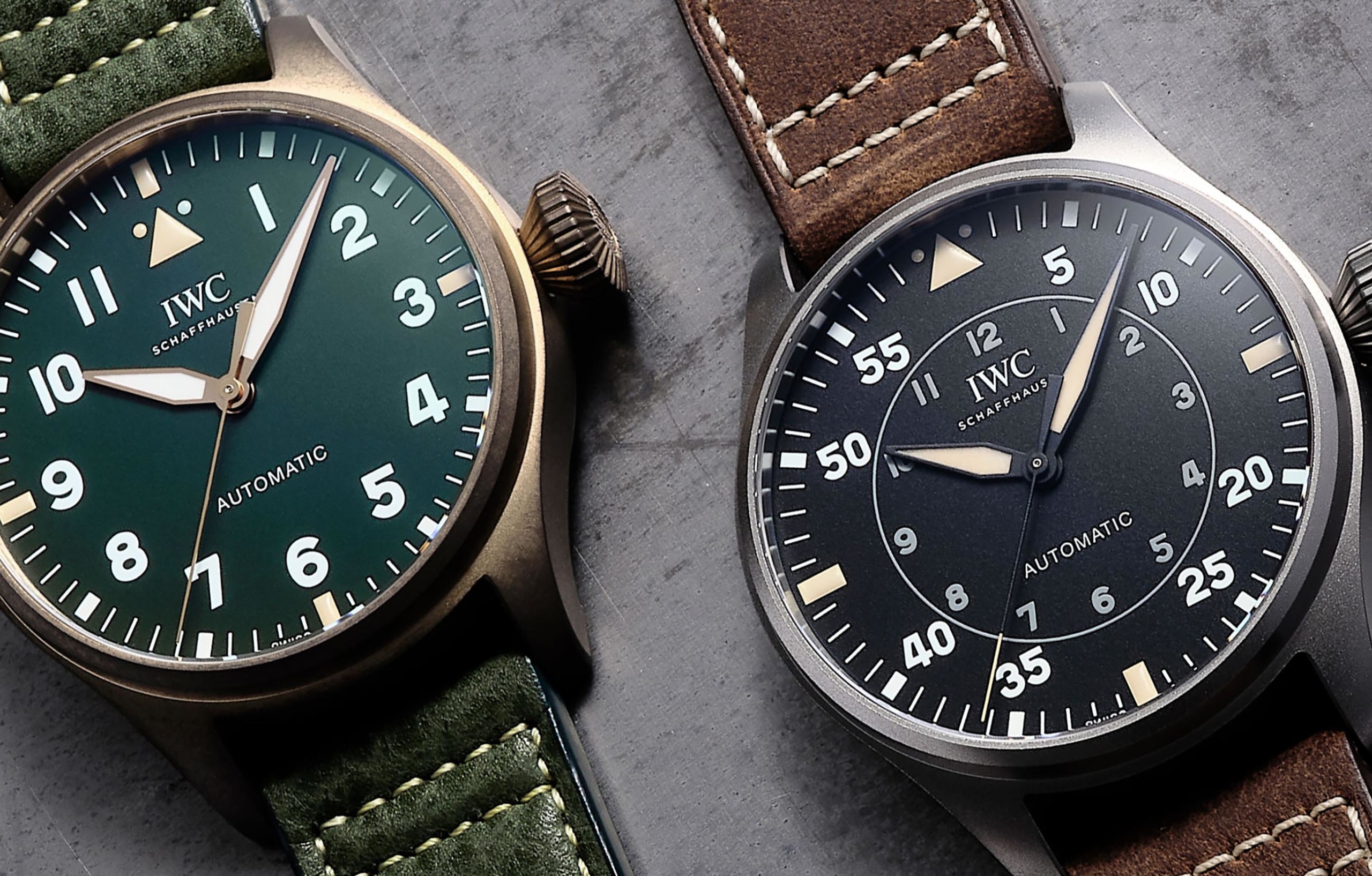 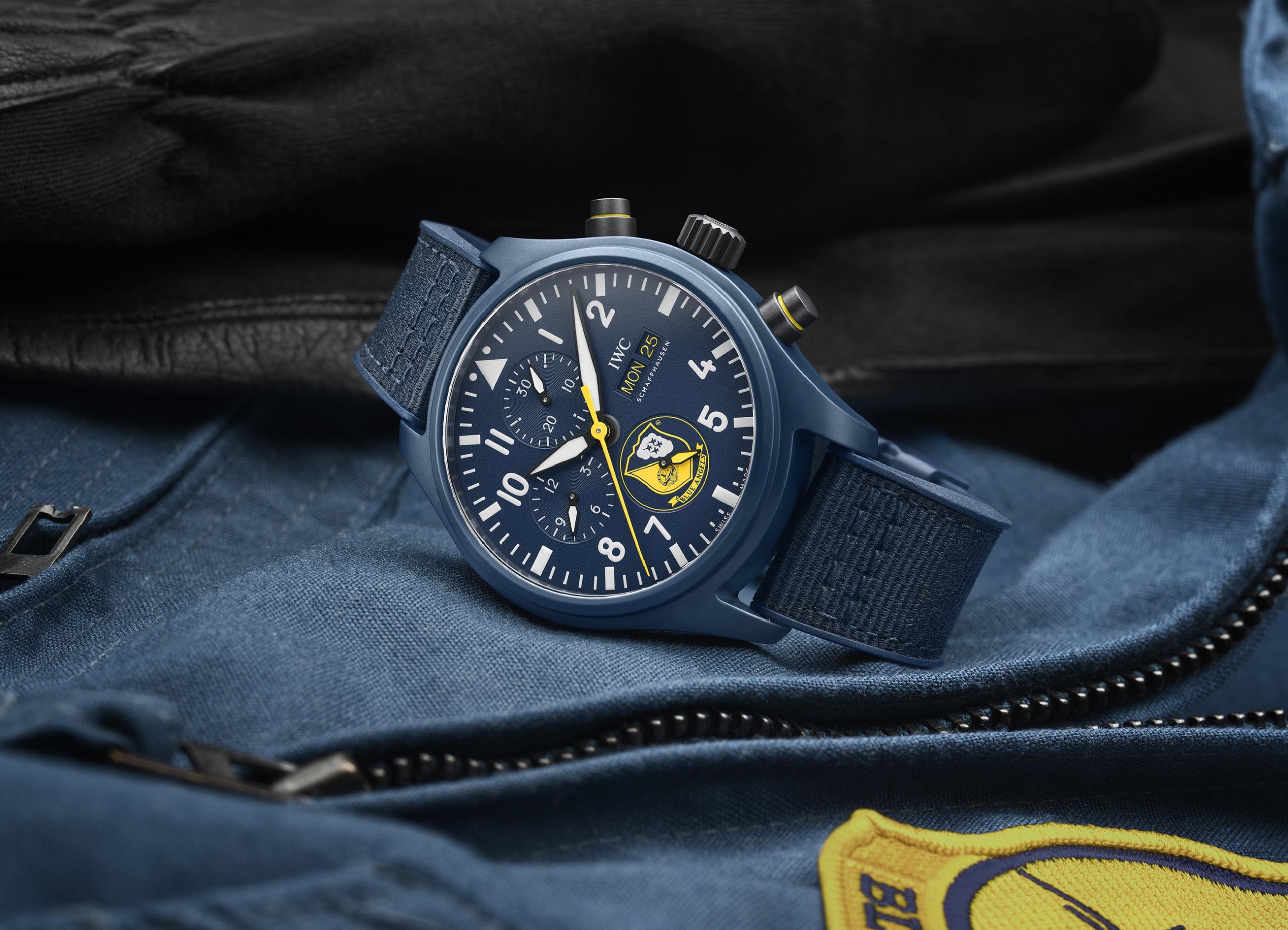 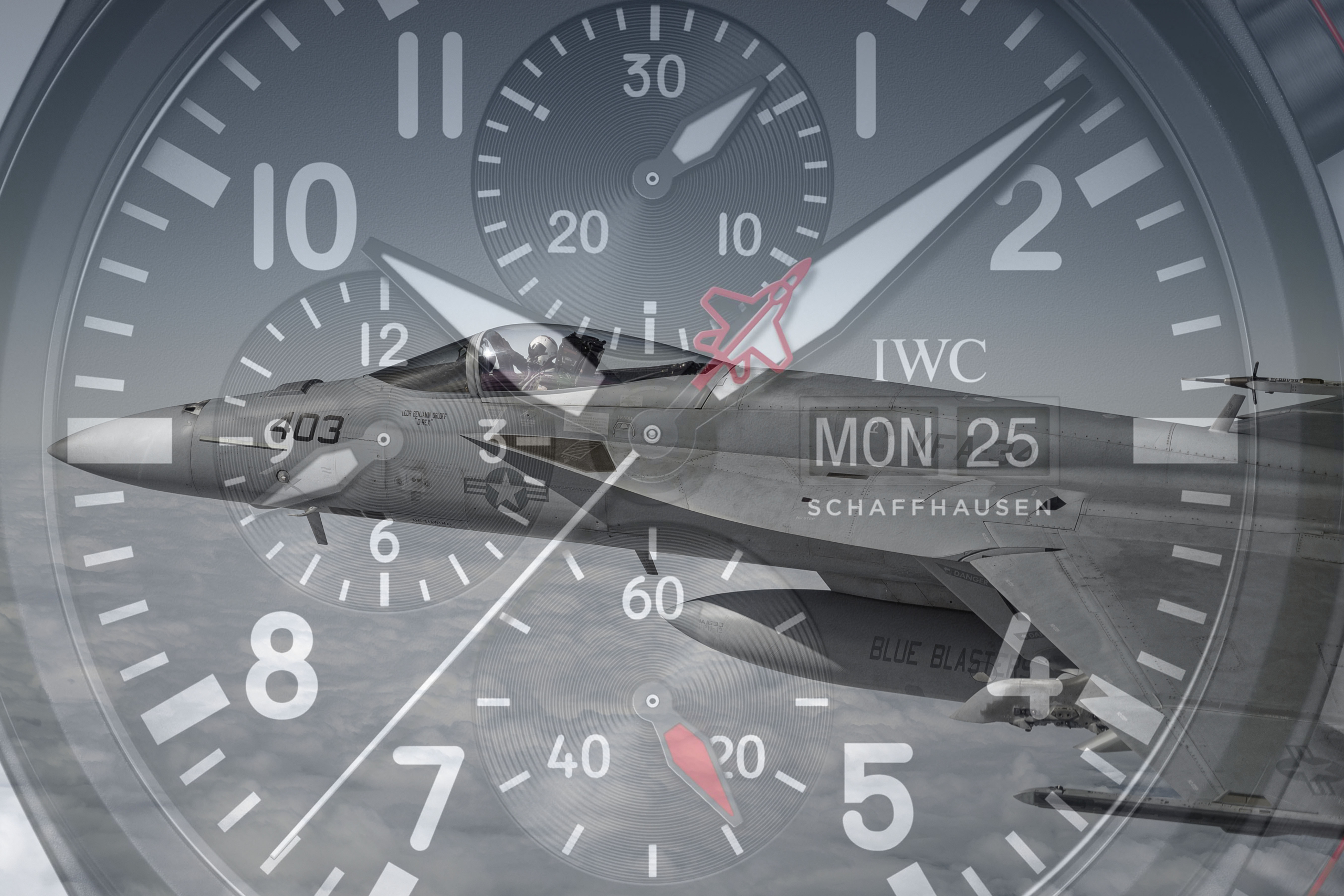