The Oil-Filled Mechanical Watch Returns In A Limited Monochrome Design 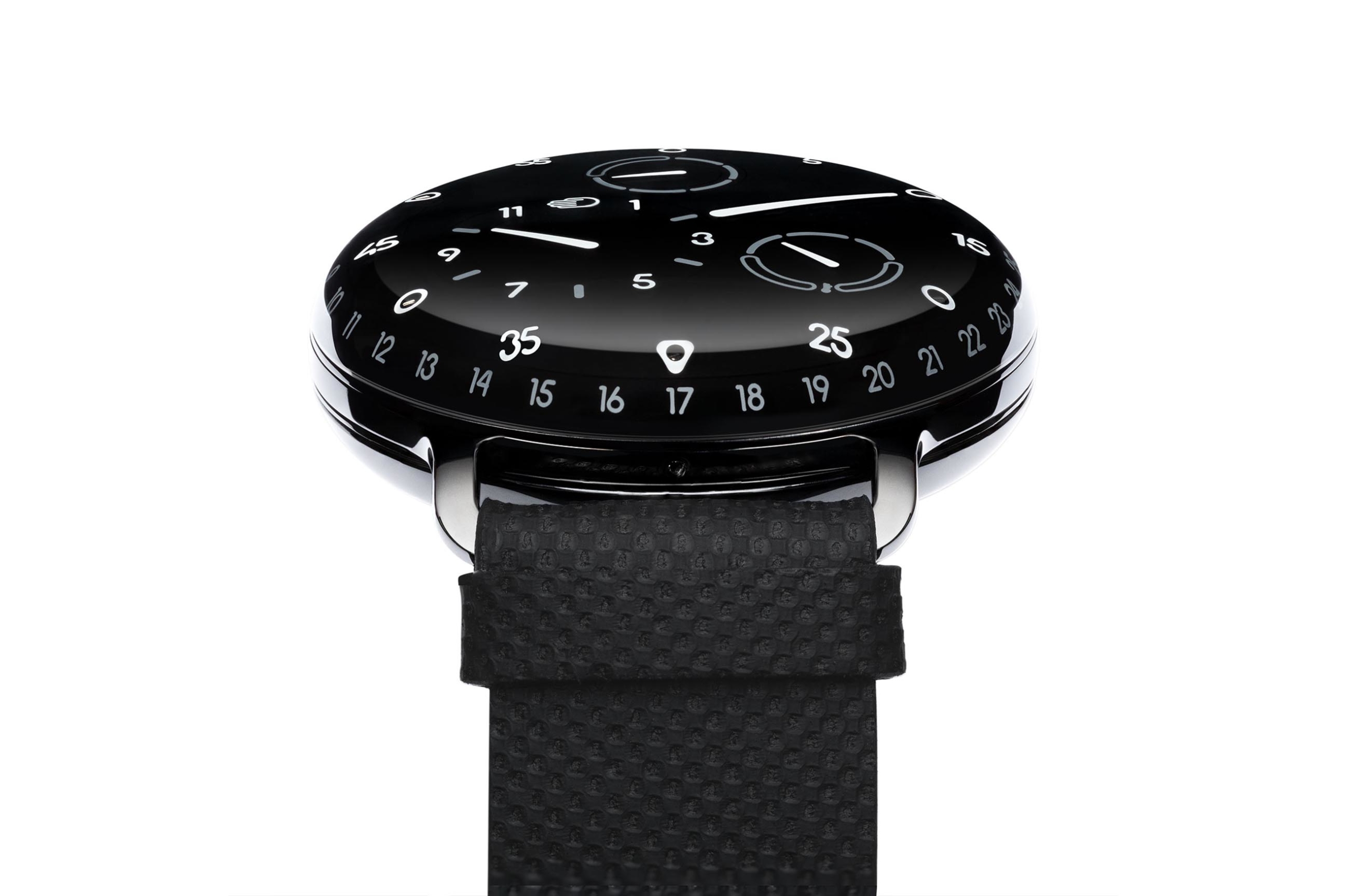 Ressence, the watch company devoted to challenging the status quo of mechanical watchmaking, is excited to announce the release of the Type 3BBB, a new example of the award-winning Type 3 watch in an exclusive monochrome design. 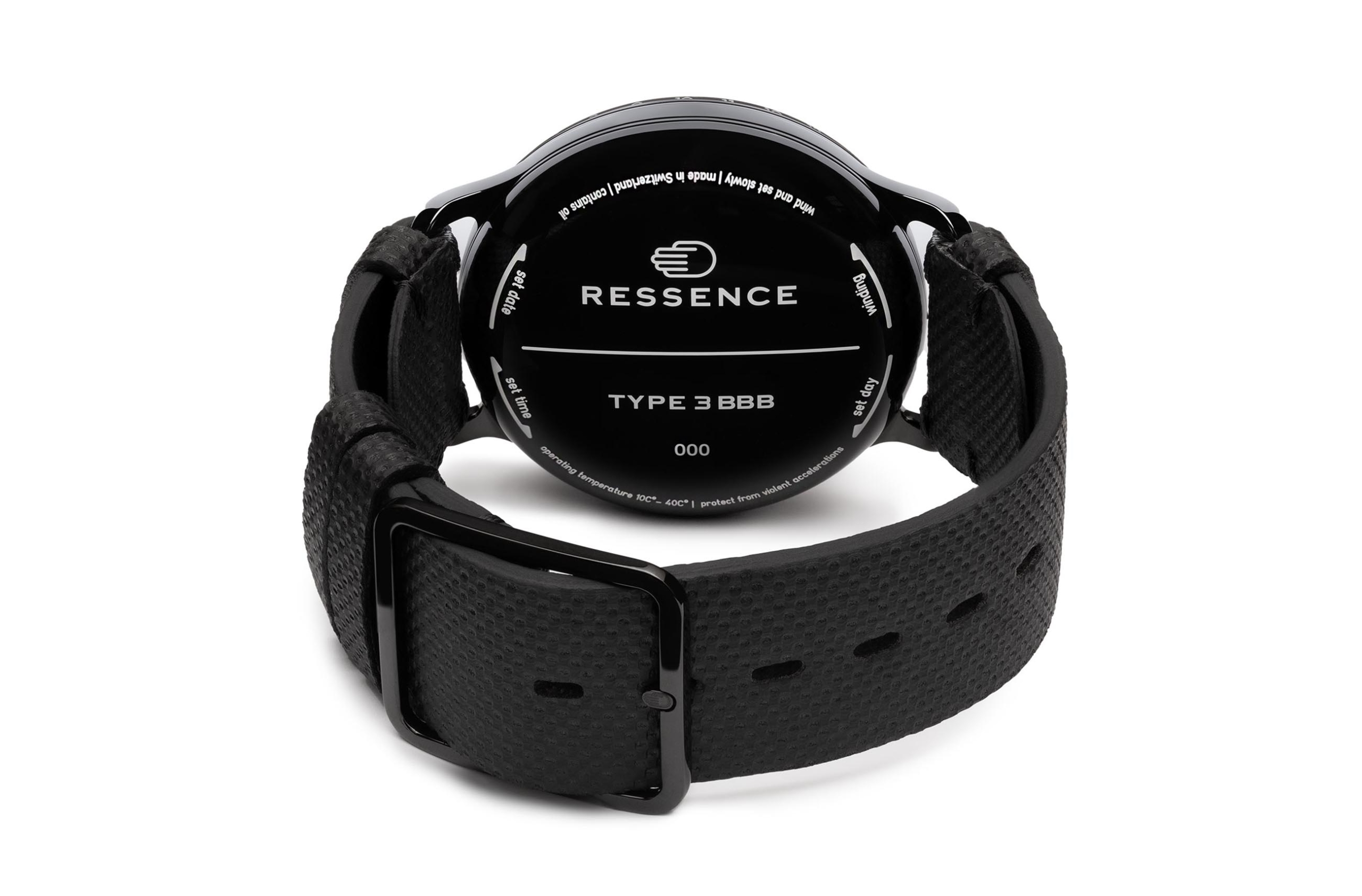 The Type 3BBB is a continuation of the evolution expressed by the Type 3B and Type 3BB and as such, is the ultimate monochrome execution of the revolutionary oil-filled mechanical watch that first launched in 2013. The name stands for ‘Black, Black, Black’ in reference to the reduced colour palette of the watch; the Type 3BBB will be produced for just one year, ending on December 31st 2022.

Drawing on the inherent qualities of Ressence’s crown-free case design and the edge-to-edge sapphire crystal found on both front and back of the watch, the Type 3BBB resembles a perfectly smooth, black pebble, worn by time and water into its rounded, ergonomic form. For the first time in the Type 3 range, the Type 3BBB features a polished black DLC-coated titanium case, to match the glossy sapphire.

For maximum impact, Ressence has made a number of changes to the Type 3 dial. All colour has been removed from the indicators, leaving only white and light grey to contrast with the black background. For a more minimalist approach, the running seconds indicator has been removed (a change that makes the Type 3BBB more reminiscent of the brand’s GPHG-winning original design), and in a departure from existing Type 3 models, the SuperLuminova has been changed from blue to green. 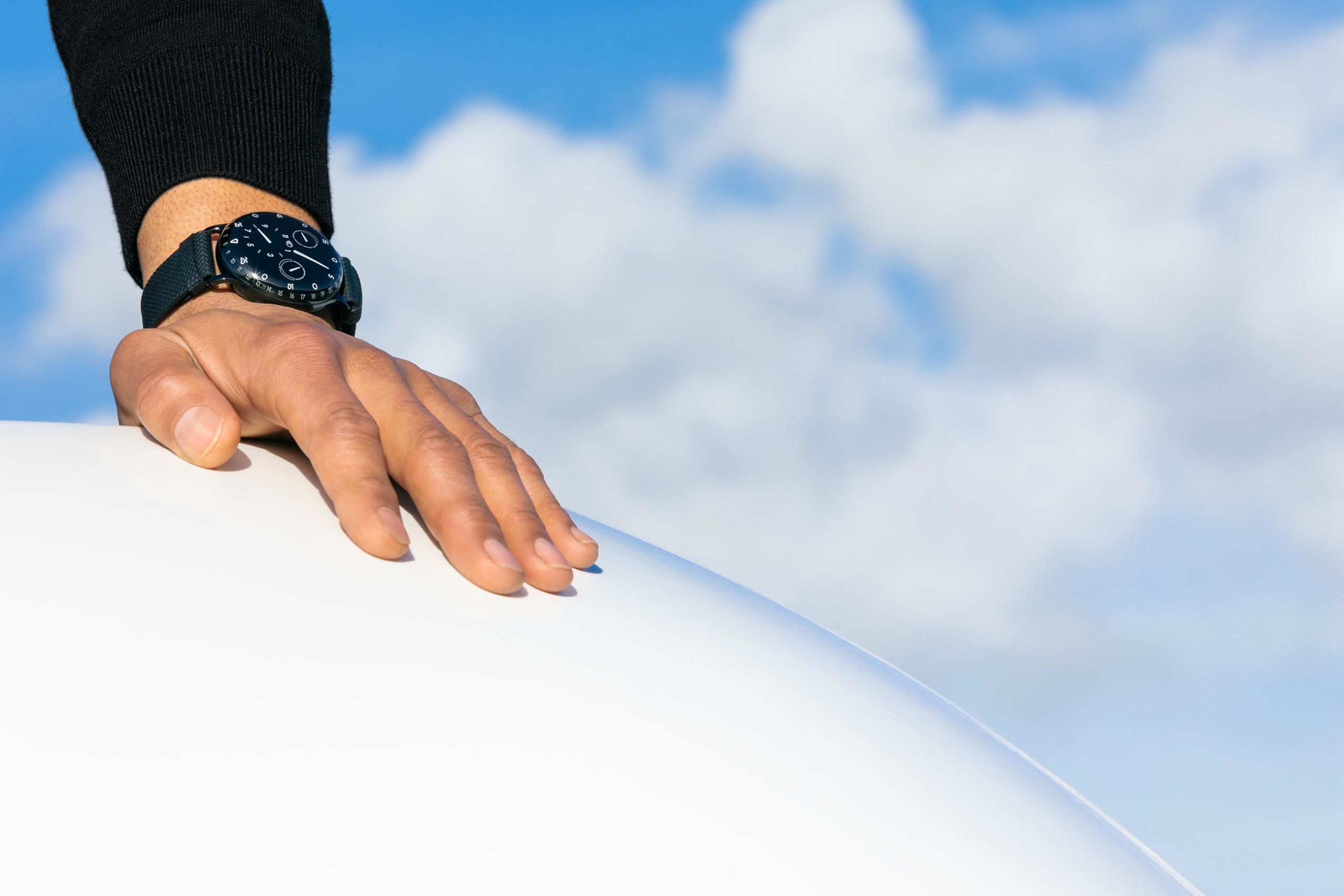 On the caseback, a similar procedure: the interior of the sapphire has been DLC coated, then engraved with the necessary text, which is painted in high-contrast white. Finally the Type 3BBB comes on an anthracite ‘honeycomb’ strap, previously found on Ressence’s Type 2A.

The shiny, pebble-like appearance of the Type 3BBB is a natural complement for the watch’s unique approach to timekeeping. Ressence’s Orbital Convex System (ROCS) sees the various elements of the dial swirl around each other, given unmatched legibility by the oil-filled chamber between the sapphire crystal and the dial; a certain fluidity is at the heart of both the watch’s design and its mechanics.

The patented ROCS unit, developed in-house by Ressence, is fundamental to the Type 3’s creation. Featuring an ever-changing dial with elements that continually orbit each other, its purpose is a more efficient way of telling time. All information is displayed in a single flat plane, much like words on a piece of paper, making for improved readability. This differs from the approach taken by a traditional watch, where the hands and dial are layered on one another producing an uneven viewing plane. Composed of 215 parts, the gears in the ROCS calculate the hours, day and date, taking only the minute as a reference from the automatic movement. 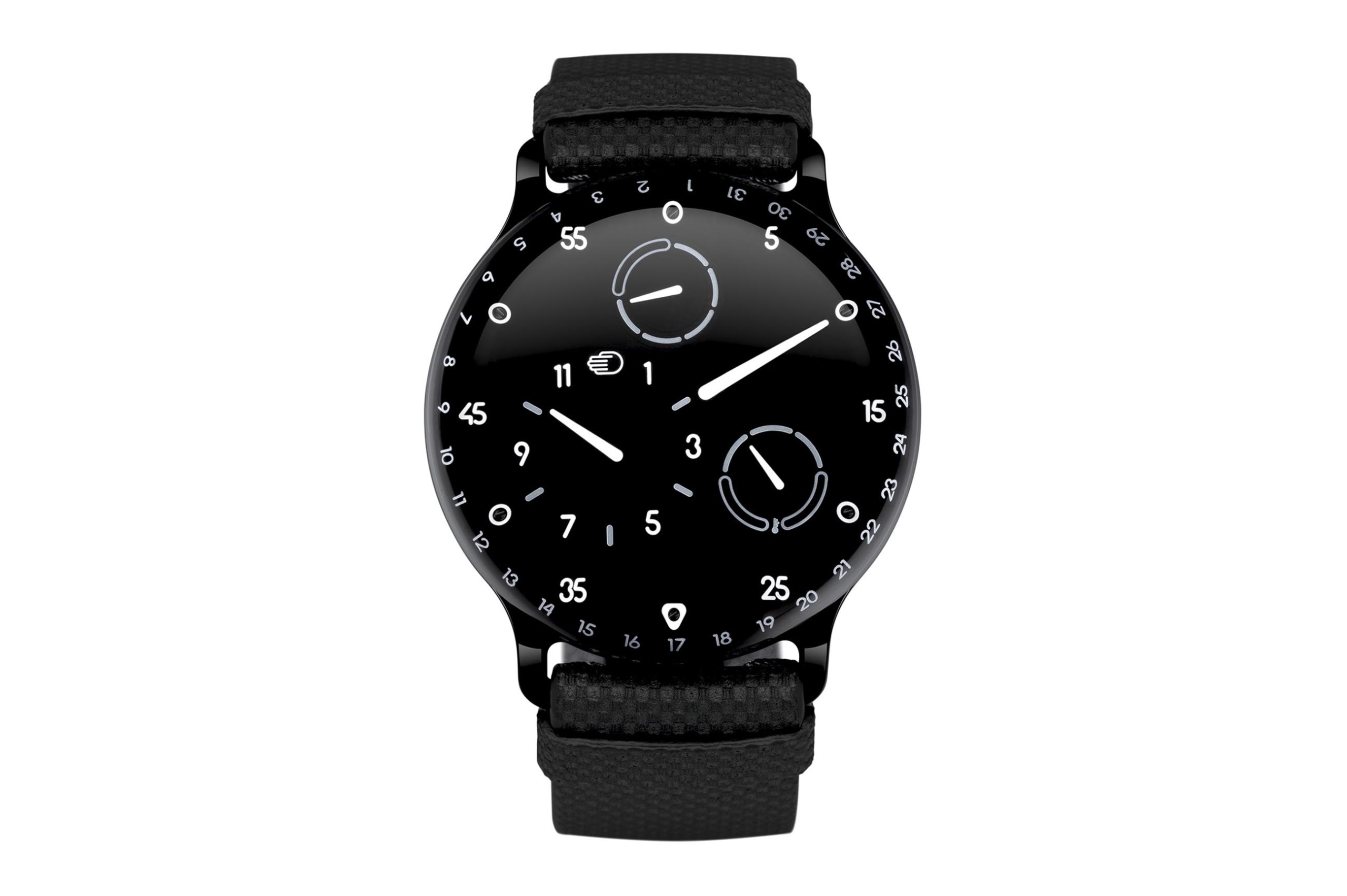 The other revolutionary element of the Type 3 is its oil-filled dial. A true achievement in fine watchmaking, the Type 3 is designed with a “water drop” effect in order to achieve crystal-clear dial legibility for the wearer, achieved by applying basic scientific principles. Because oil and glass share very similar responses to light refraction, when the space between dial and glass is filled with oil, the eye is tricked into momentarily losing its depth perception. The result is that the watch’s dial seems ever closer, one’s vision of it apparently unimpeded by glass at all.

The creation of the Type 3 was not without its challenges – demanding a flexible and creative approach from the team at Ressence. One such example was the consideration of immersing the automatic movement itself in oil – an obvious problem given the escapement’s inability to oscillate properly in a viscous fluid. Ressence therefore ingeniously designed a two-chamber system inside the Type 3 to keep the mechanical movement and oil separate. The lower chamber contains the customized automatic movement and the upper chamber is hermetically sealed with the ROCS display module immersed in oil.

But this brings its own issues: with the two-chamber system, there is no direct mechanical link between the watch’s movement and the ROCS. To accommodate this, the Type 3 uses a magnetic transmission to tie the modules together. This is done by connecting several micro-magnets to each other and positioning them in both the oil-filled upper chamber and the dry lower chamber; all the while being careful not to let the magnets interfere with the running of the movement. And, in order to compensate for fluctuations in the volume of the oil (depending on temperature), the watch is fitted with a system of seven small bellows that expand and contract depending on the increase and decrease of the oil’s volume. In a charming visual cue, the system is indirectly connected to the temperature gauge on the dial so the user can see a representation of the bellows capacity in action.