Rebellion Timepieces, a Swiss watchmaker of unique timepieces inspired by motorsport, released two new watches during Baselworld’s press day: The Weap-One and the Twenty-One. The Weap-One is a unique piece inspired by race car suspension. It features a never-before-seen tourbillon movement with a non-stationary horizontal axis and is housed in a detachable, sapphire glass tube. In contrast, the Twenty-One is a classic-car inspired piece which features a Rebellion’s first in-house GMT movement, a two-spoke steering-wheel design and a price tag set to target a new customer segment. 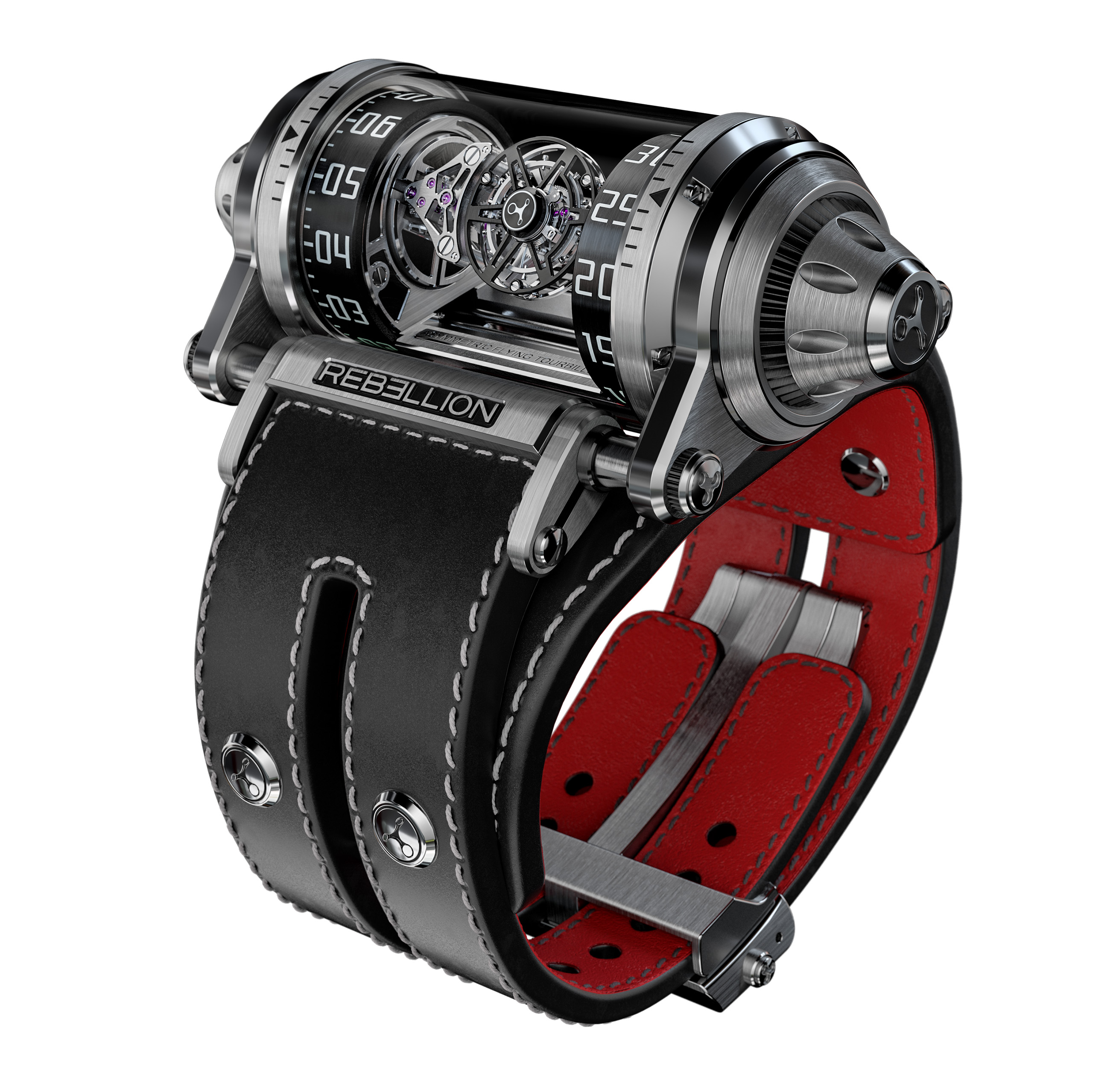 WEAP-ONE
The new Weap-One (pronounced similar to weapon) features a never-before-seen, asymmetrical, 60-second flying tourbillon movement. Suspended between the hour and minute rollers, the tourbillon is attached to two plates. Each plate rotates at a different speed, resulting in a non-stationary horizontal axis – the first of its kind. Designed by Fabrice Gonet and made in collaboration with Concepto, the movement is housed in a detachable sapphire crystal tube which offers maximum viewing and countless mounting options. 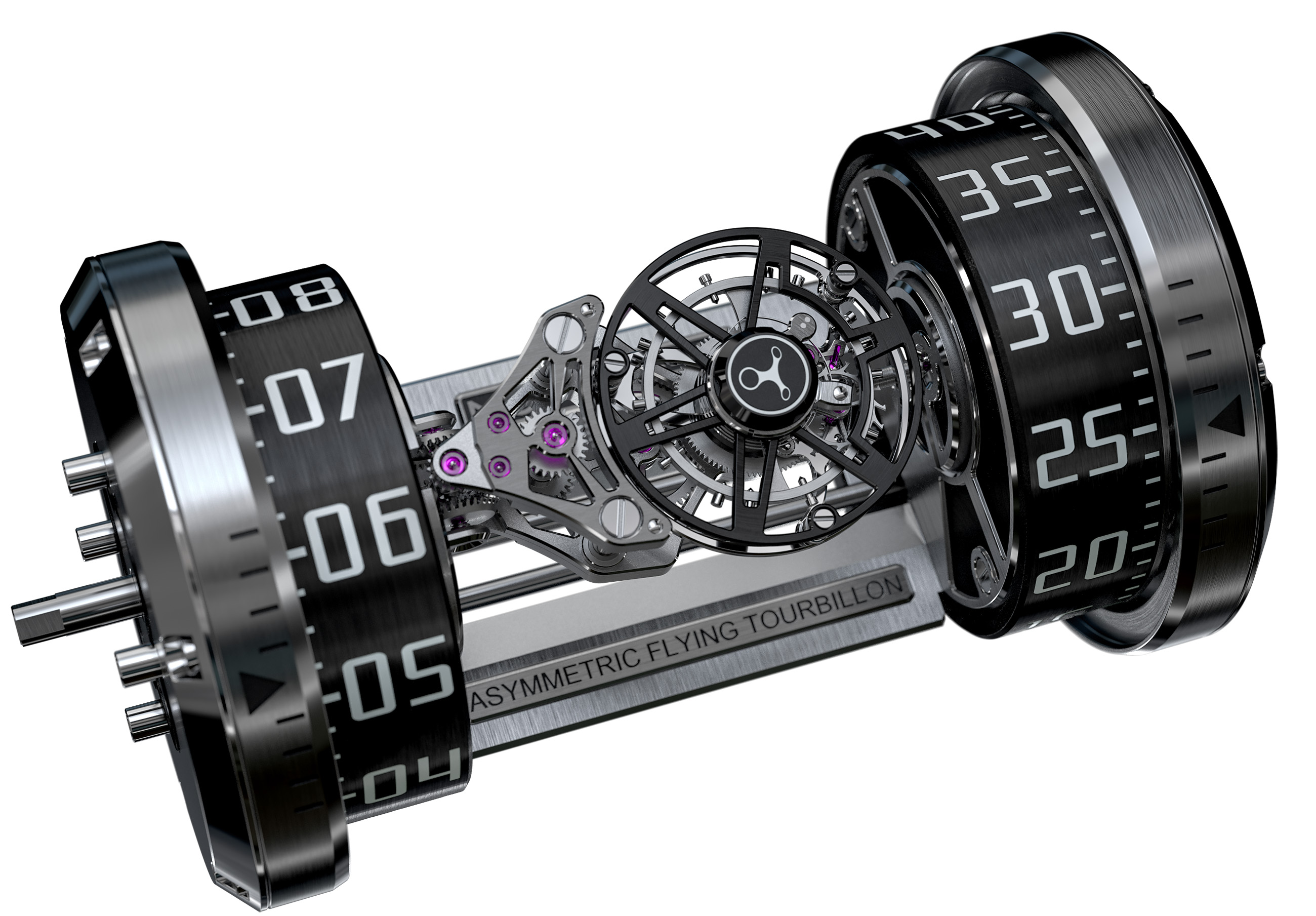 Integrated into the Weap-One are several pieces of racing technology. Like the wheels of a race car, the rollers and tourbillon-mounted plates rotate at varying speeds. To compensate for this difference in speeds, the movement was developed with two differentials modeled after those found in race car suspensions. Ten ball bearings have replaced jewels in this piece for additional reduction in rotational friction as well as radial and axil loads.

Two rollers read the time- hours on the left and minutes on the right. The numbers and indexes are treated with Super-LumiNova® to ensure ease of readability day or night. Finishing the piece is a dual crown system – mounted on either side of the movement and fashioned after wheel nuts – the left sets the time while the right winds the 60-hour power reserve.