Strong showing in black and white

As an extension of the 1815 watch family, A. Lange & Söhne is presenting a further version of the 1815 CHRONOGRAPH with the stopwatch function. It persuasively combines a white-gold case and a black dial with a pulsimeter scale. 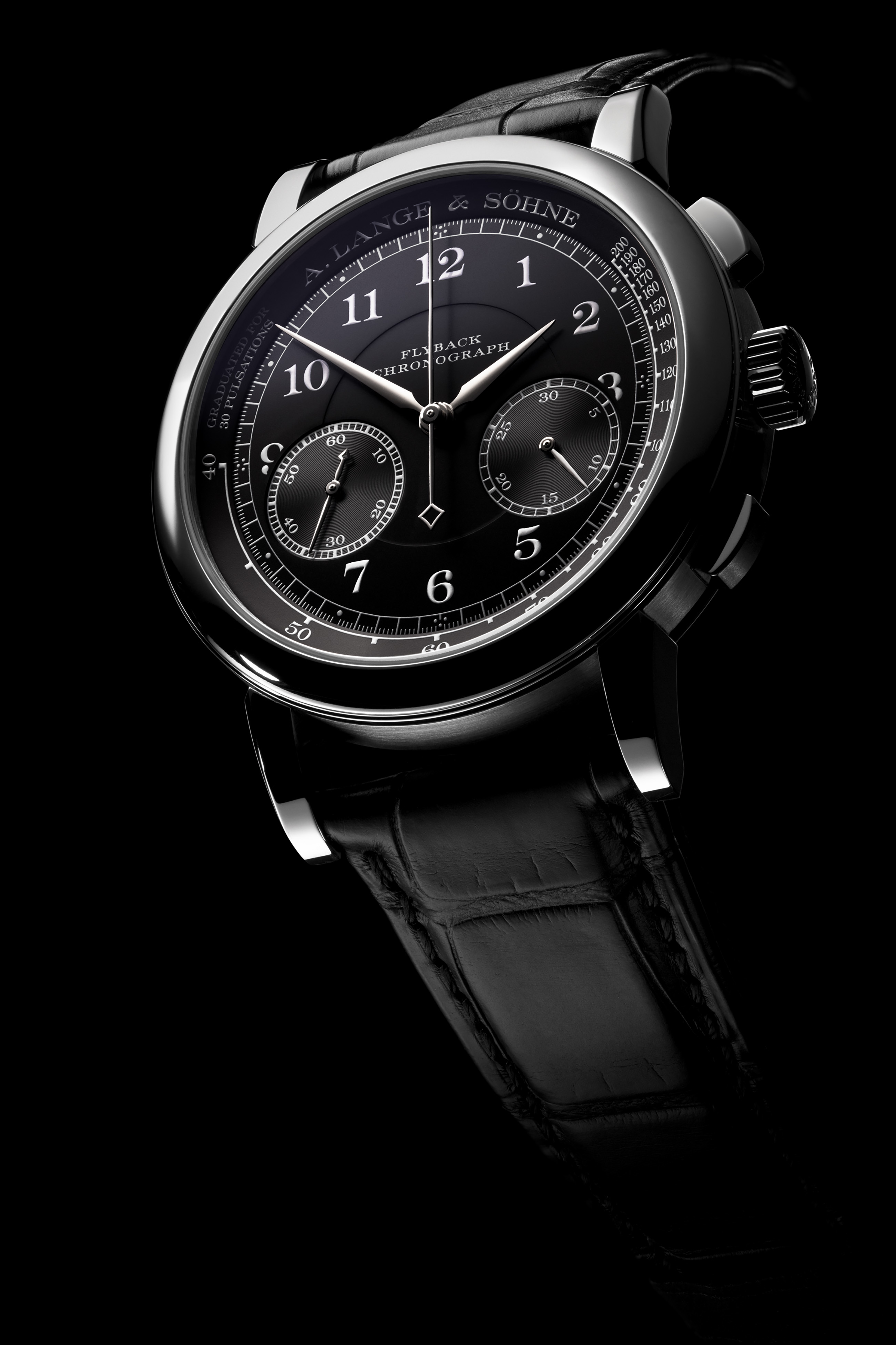 The ability to measure times has always been one of the most useful and exciting functions of a mechanical watch. This applies in particular when the many levers and springs of the chronograph can be observed in action. A. Lange & Söhne has been crafting models with stopwatch functions since 1999 – fitted with sapphire-crystal casebacks like all other Lange watches. 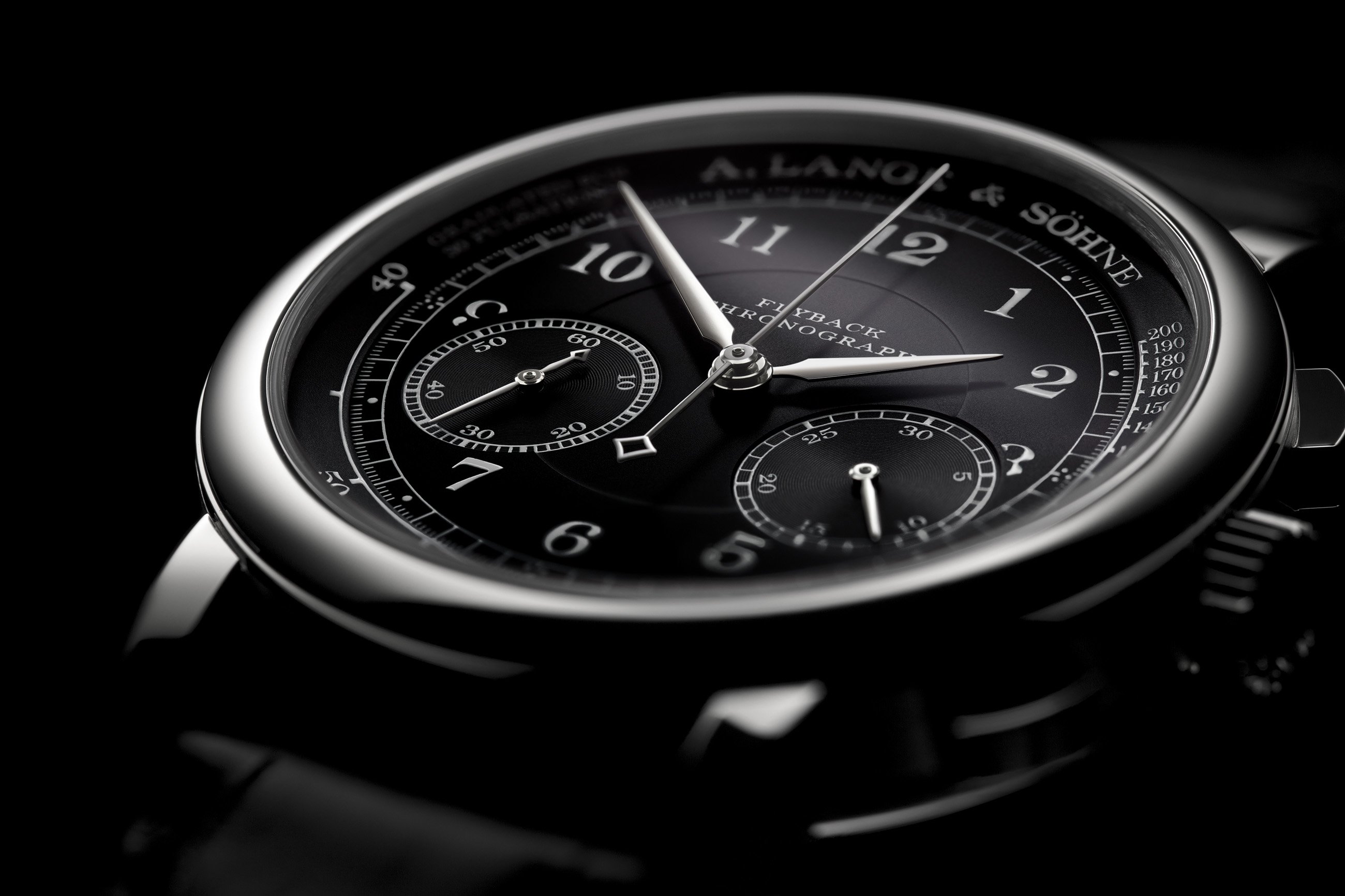 The 1815 CHRONOGRAPH was added to the 1815 family in 2004. It is a paragon of classic design combined with advanced technology. The traditional style elements reminiscent of the pocket-watch era include the railway-track minute scale and the symmetrically arranged subsidiary dials – the subsidiary seconds on the left and the 30-minute counter on the right. They emphasise the balanced proportions of the watch. 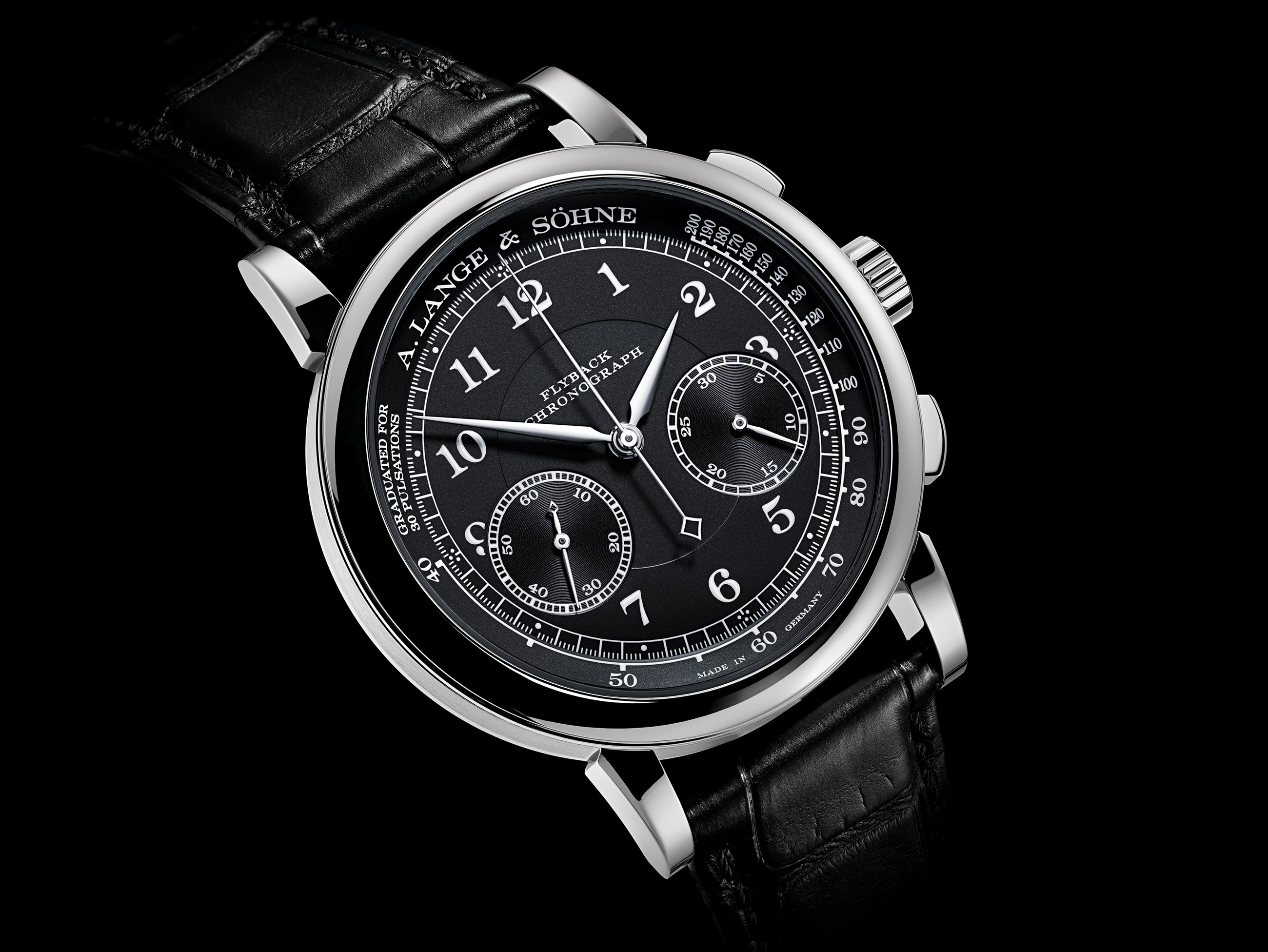 In 2010, the 1815 CHRONOGRAPH was endowed with a new movement. It has a power reserve of 60 hours and features a manufactory-made free-sprung balance spring. Its carefully calibrated interaction with the large, cam-poised balance guarantees excellent rate accuracy. Because it beats at a frequency of 18,000 semi-oscillations per hour (2.5 hertz), the watch can measure times with an accuracy of one fifth of a second. The calibre L951.5 movement also powers the new 1815 CHRONOGRAPH in the 39.5-millimetre white-gold case. The rhodiumed hands ensure superb legibility against the backdrop of a jet-black solid-silver dial. Heart rates can be determined with the pulsimeter scale on the outer ring of the dial. It is graduated from 40 to 200 beats. When the time for 30 beats is measured, the peripheral scale indicates the heart rate per minute. The personality of this new member of the 1815 family, characterised by contrasts between light and dark, is underscored with a black alligator leather strap and a solid white-gold Lange prong buckle.

A sapphire-crystal caseback reveals the sublime architecture and lavish finissage of the chronograph movement. It provides an enlightening glimpse of the complex switching sequences. Among others, it shows the column wheel that controls the chronograph functions, the levers of the flyback mechanism, and the snail of the precisely jumping minute counter. The escapement is readily visible as well. Hallmarks of the Lange style include the whiplash spring of the precision beat-adjustment system on the hand-engraved balance cock. 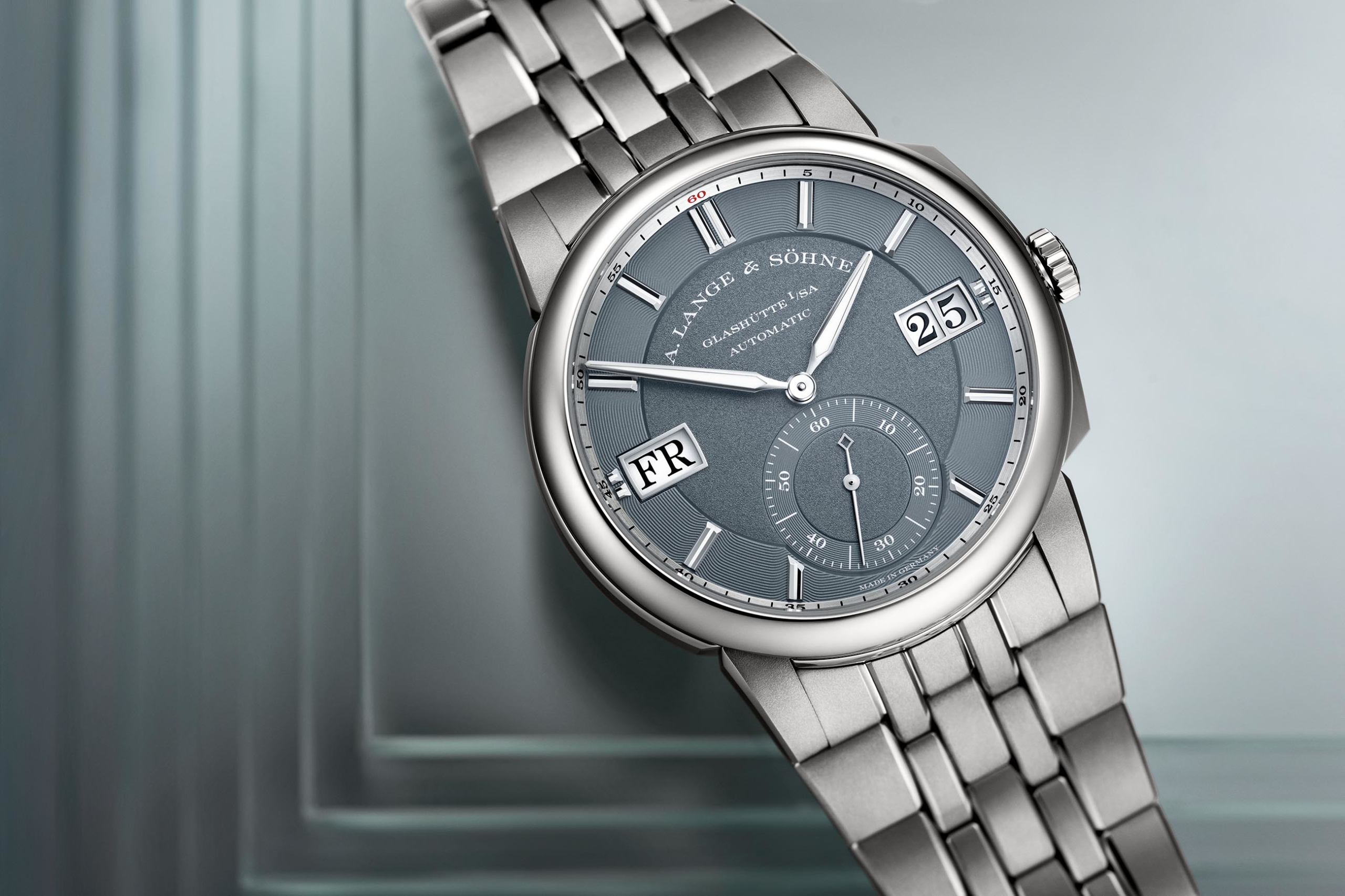 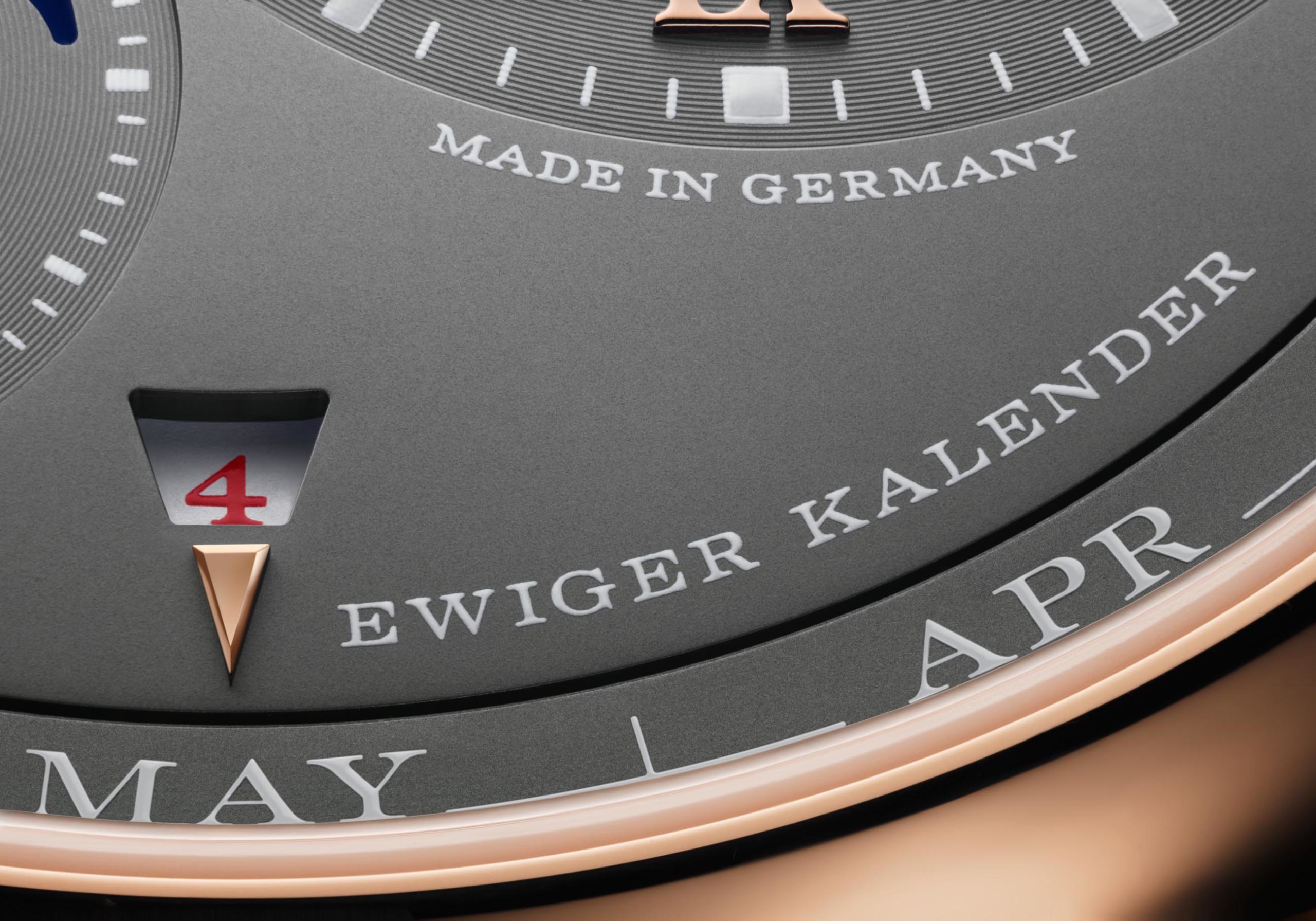 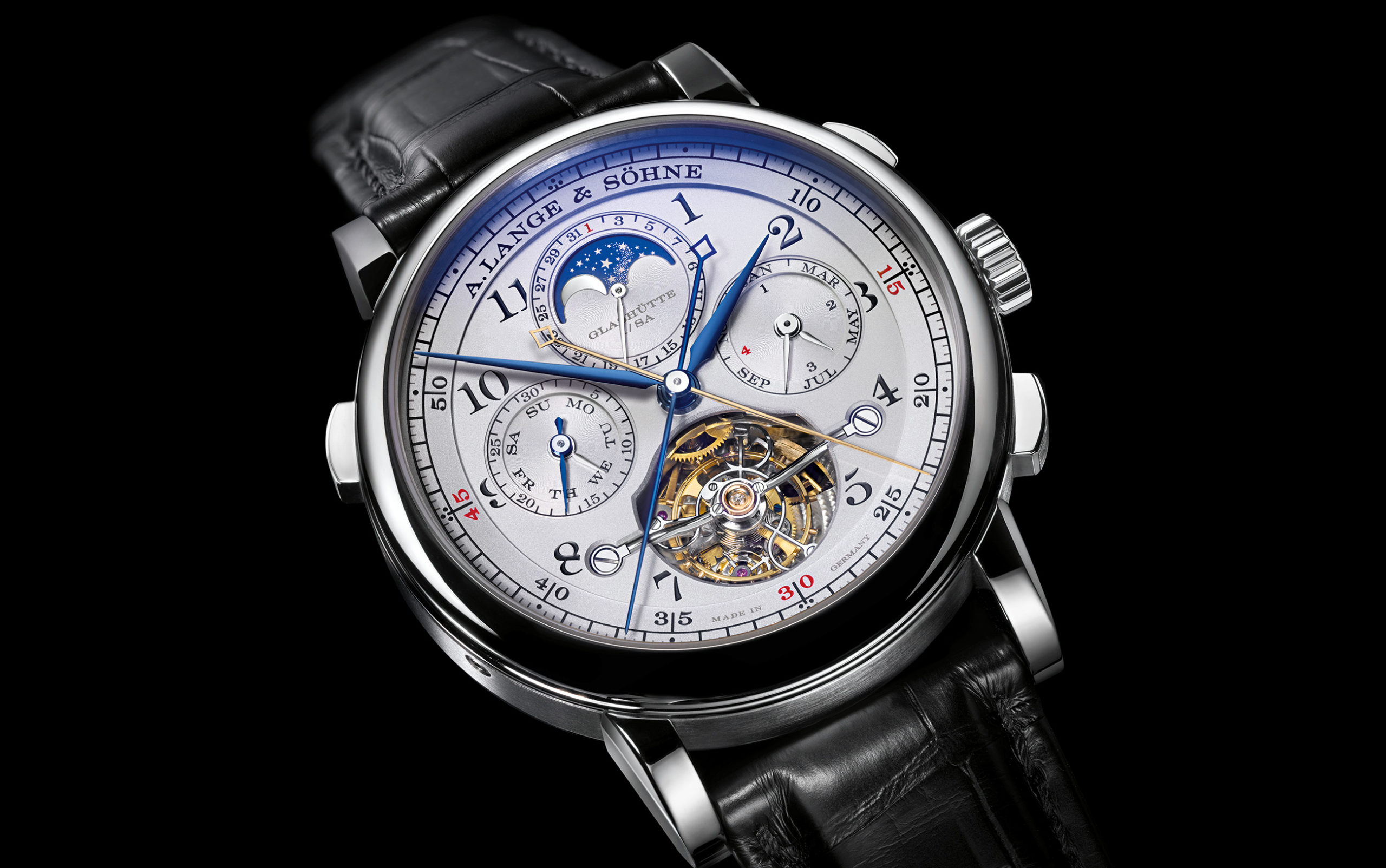