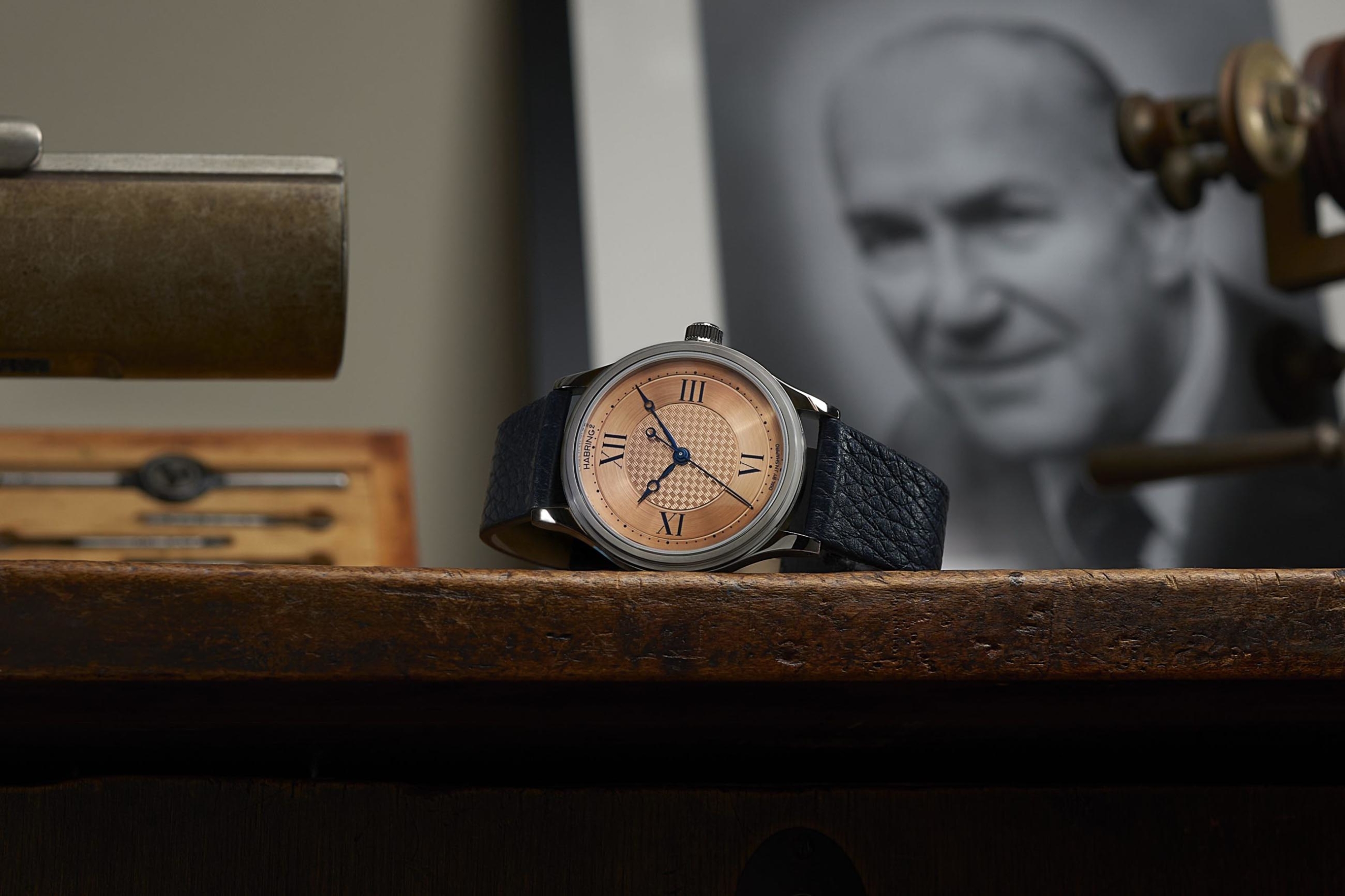 Massena LAB, the timepiece creation studio founded by watch industry veteran William Massena, is proud to announce the release of the Habring2 x Massena LAB ERWIN LAB03, a new timepiece in collaboration with watchmaker Joshua N. Shapiro and certified by the Horological Society of New York. The watch – with its combination of classical design and proportions, skilled craftsmanship, and precise movement – is a testament to the creative watchmaking process and the friendships that are created along the way.

The new Habring2 x Massena LAB ERWIN LAB03 is a continuation of the highly sought after LAB series which started with the ERWIN LAB01, which was a mid-century designed dress watch with a deadbeat second mechanism and bronze case. That was followed by the Habring2 x Massena LAB ERWIN LAB02, a three-hand timepiece with a contrasting silver and rose gold sector dial, reminiscent of the watch design language from the 1930s. This watch, like its predecessors, takes its inspiration from horological history but presents itself in a way that appeals to the modern watch enthusiast. 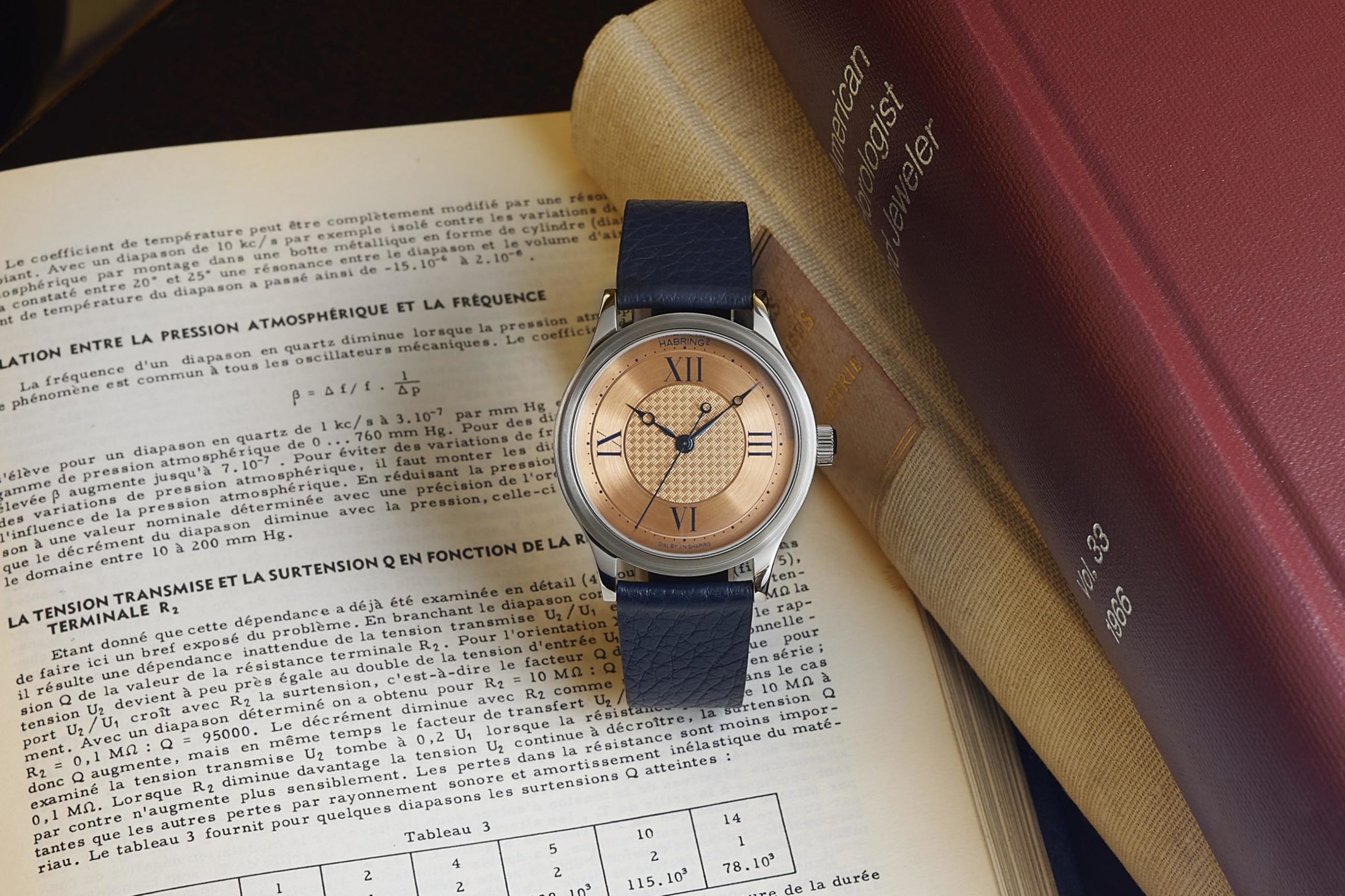 Beginning with the dial, it was designed by William Massena and created by Joshua N. Shapiro in his watchmaking workshop in Los Angeles. One of the first things you will notice about this watch is the salmon dial color. Salmon dials have been in vogue recently, but what separates this dial from others is that it is entirely made of bronze, giving it a natural coloration. Most salmon dials on the market are usually painted copper plated. A watch of many firsts (more to come), this marks the first time that Mr. Shapiro has crafted his intricate designs in bronze.

Next is the unmistakable basketweave pattern, found at the center of the dial. A definitive feature, each dial is engine-tuned individually on an 80-year-old straight-line guilloché machine. The basketweave pattern is such an intricate pattern to craft, there are only a handful of watch companies that have the skill and know-how to successfully implement the design. Of the few companies that use it, only a few make it in the traditional methods that have been around for centuries. This type of old-school craftsmanship is a testament to the skill and artistry that Mr. Shapiro brings to this watch. Further, each dial is grained using a Water of Ayr stone. This stone was traditionally used in the watchmaking world for hundreds of years, but now the stone is mined out and nearly impossible to procure.

The salmon colored dial is complemented by navy indexes around the perimeter as well as navy Roman numerals at the 12, 3, 6, and 9 o’clock positions. The Breguet style hour, minute, and seconds hands are navy blue as well. This overall execution feels like it could have come from the master watchmaker’s workshop itself.

Housed inside the 38.5mm stainless steel case is the Caliber A11MS hand-wound movement. Entirely developed, manufactured, and assembled in-house by Habring2. The key feature of this movement is the patented, deadbeat seconds mechanism, which ticks in one-second steps, driven by a gilded wheel and click spring. A full workings of this movement can be appreciated thanks to the watch’s sapphire caseback. The movement is first plated in rhodium for durability and then in 5N rose-gold, an aesthetic choice that works in harmony with the silver, salmon, and navy color composition of the watch. Additionally, the watch has been hand adjusted to the Horological Society of New York’s new Chronometer Certification Program specifications. 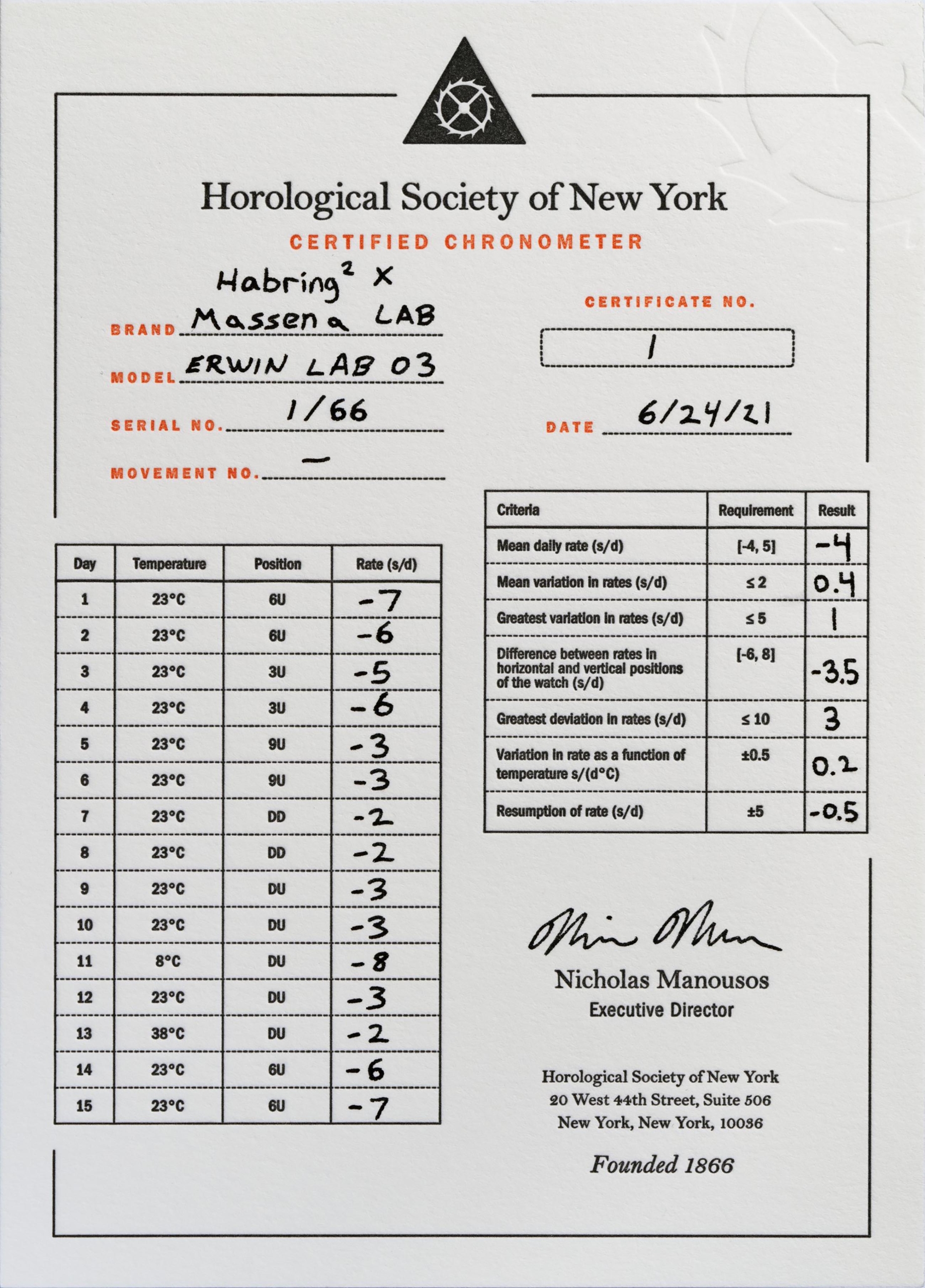 As mentioned earlier, this watch is a first in more than one way. The Horological Society of New York (HSNY) now offers a testing service for watchmakers and watch manufactures that wish to have their watches certified as a chronometer by a third party. HSNY’s rigorous testing protocol exceeds the international standards outlined in ISO 3159, and reflects HSNY’s 150+ years of dedication to advancing the art and science of horology. This new limited edition is the first watch to be officially certified as a chronometer under the standards of HSNY, and celebrates the new paradigm of judging the precision of timepieces. 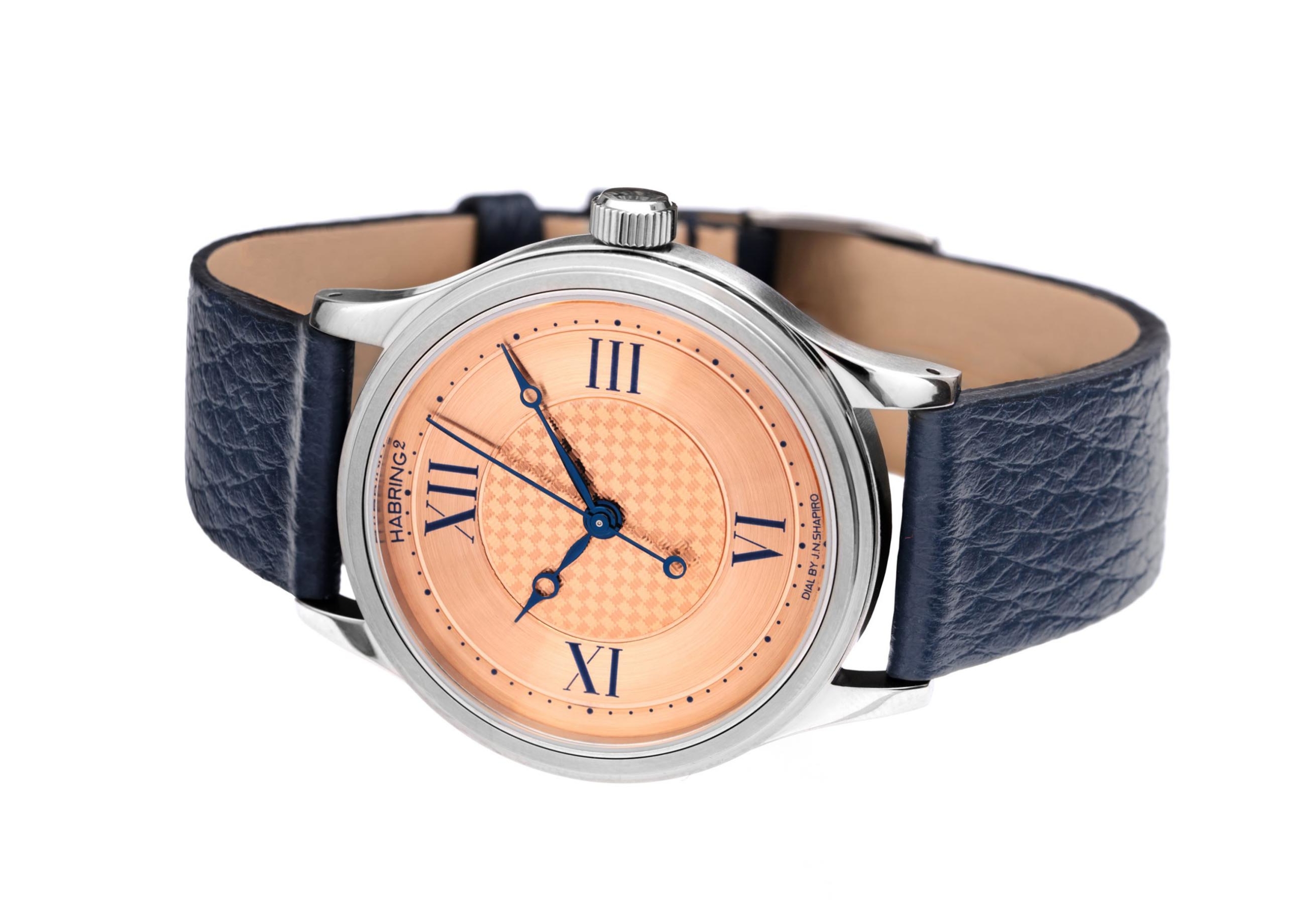 Launching on August 24, 2021, the Habring2 Erwin x Massena LAB LAB03 will retail for $9,450 USD. Limited to 66 examples, the watch will be exclusively for sale at massenalab.com. 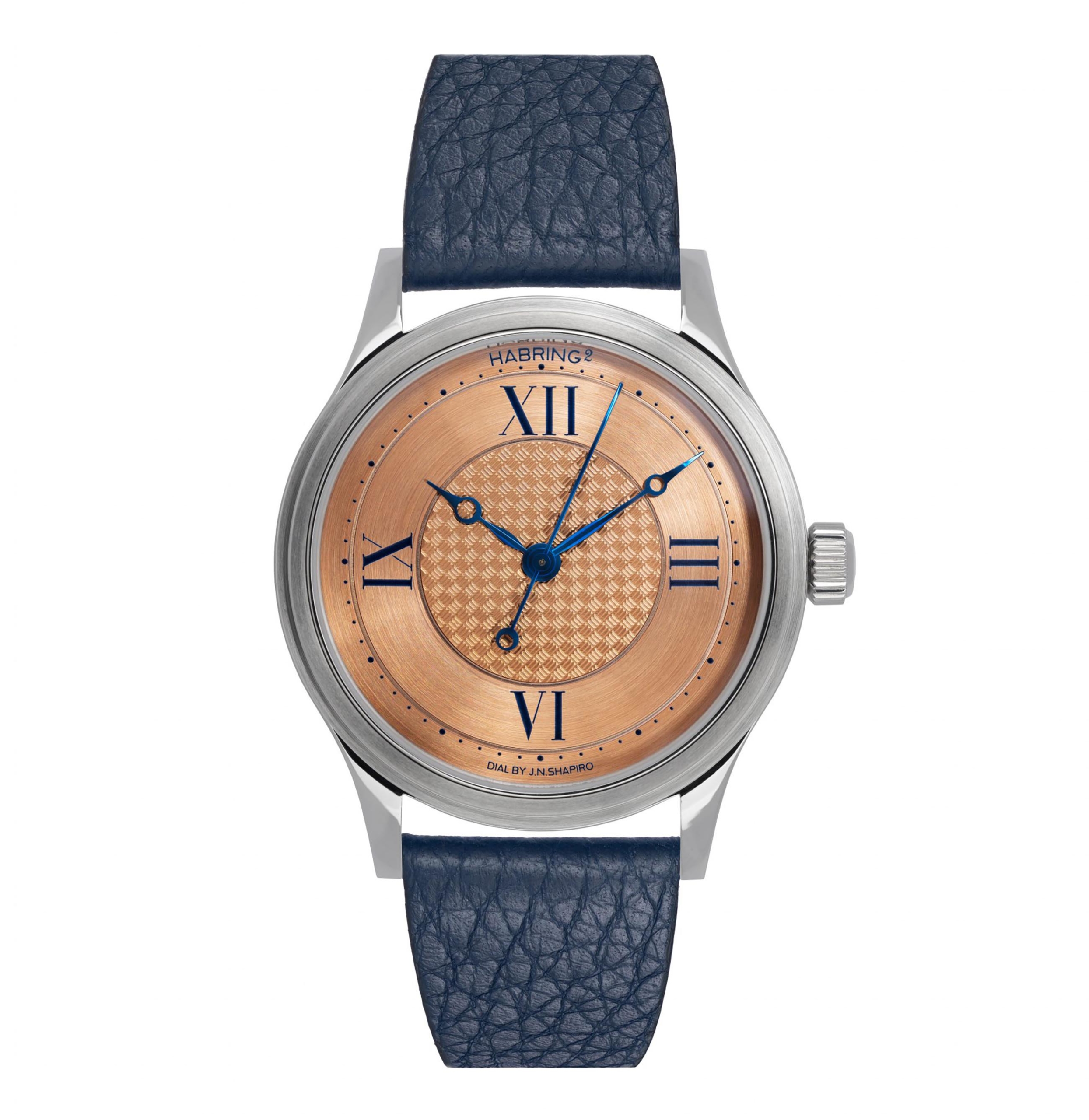 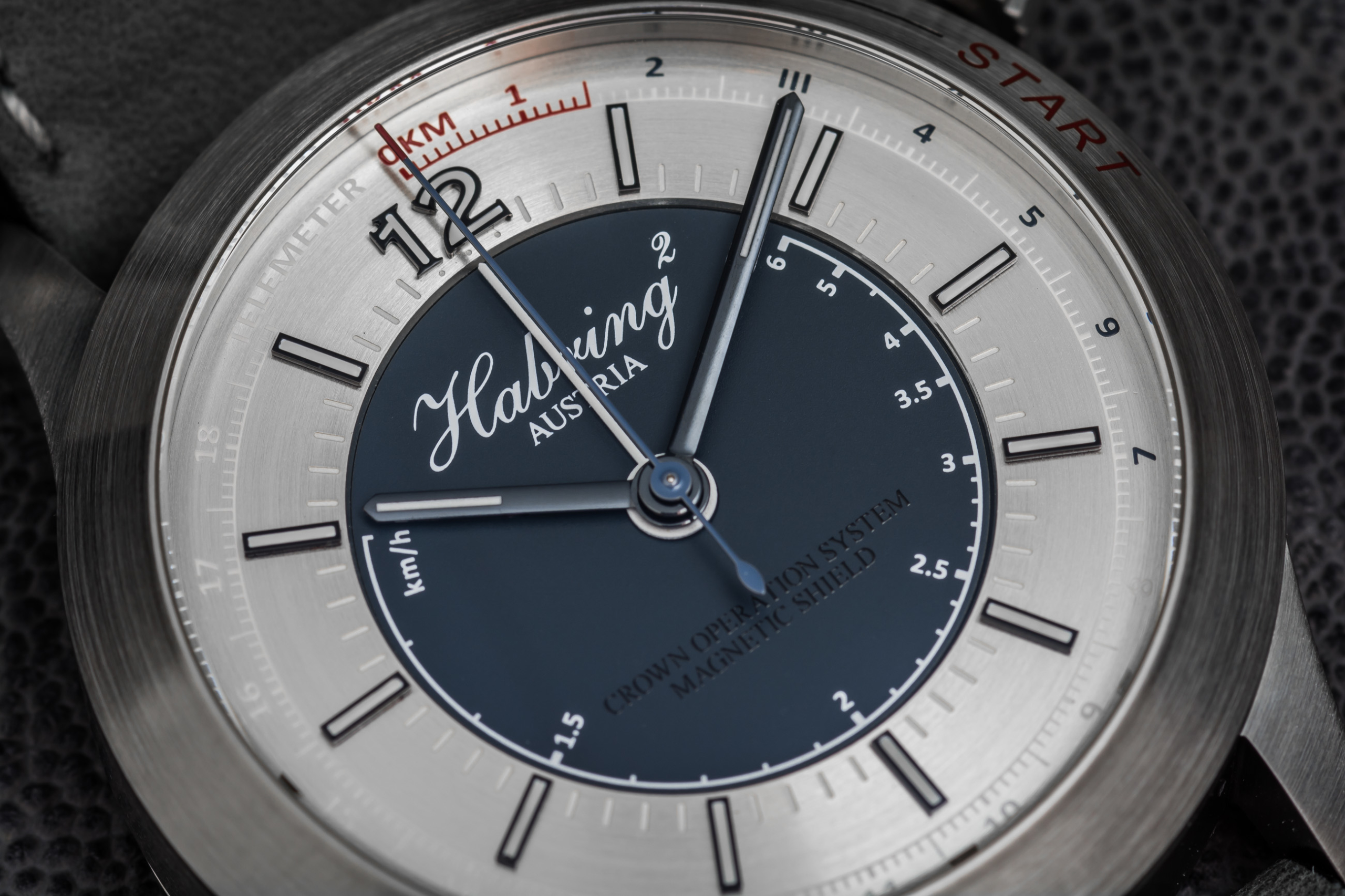 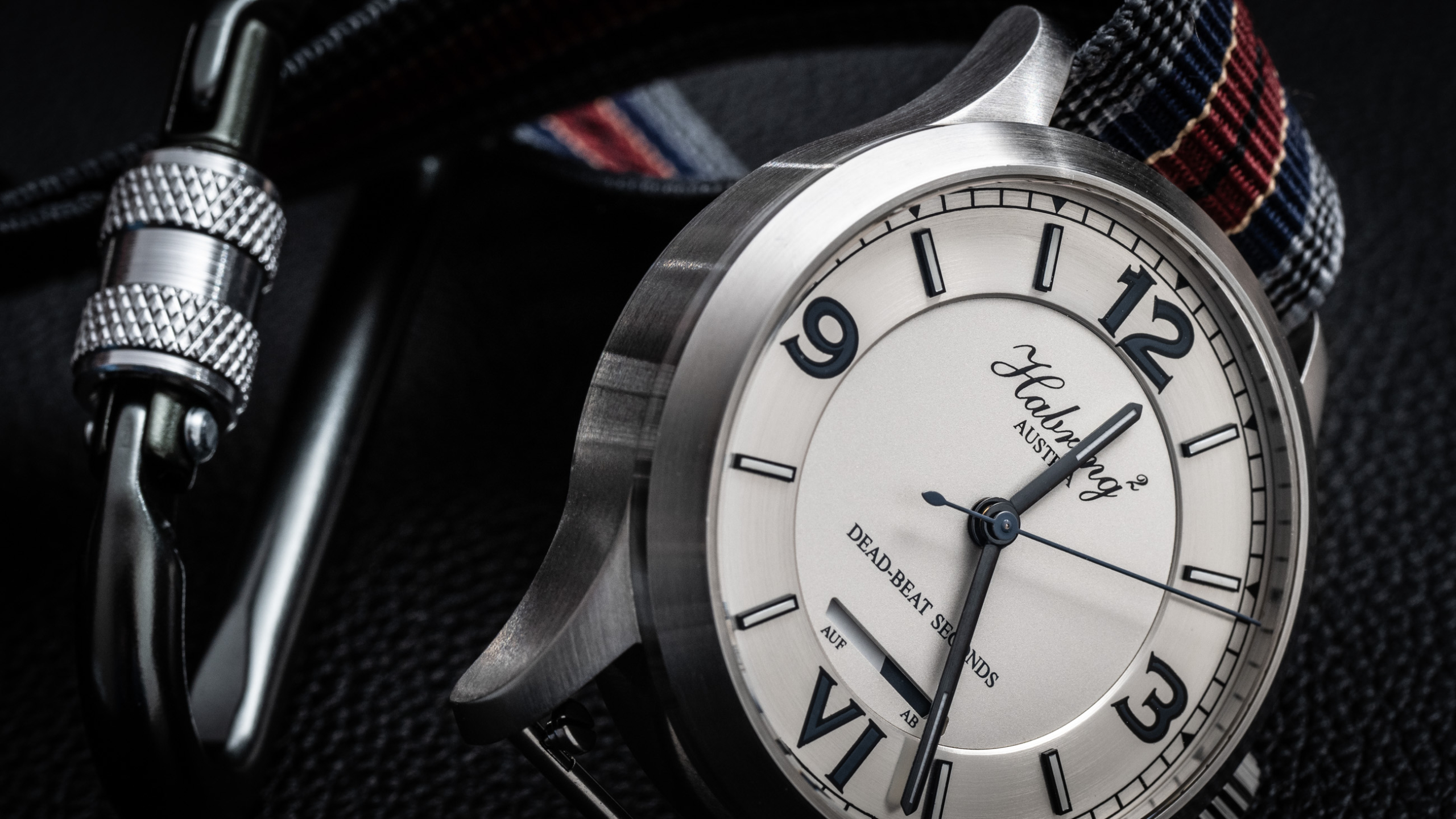 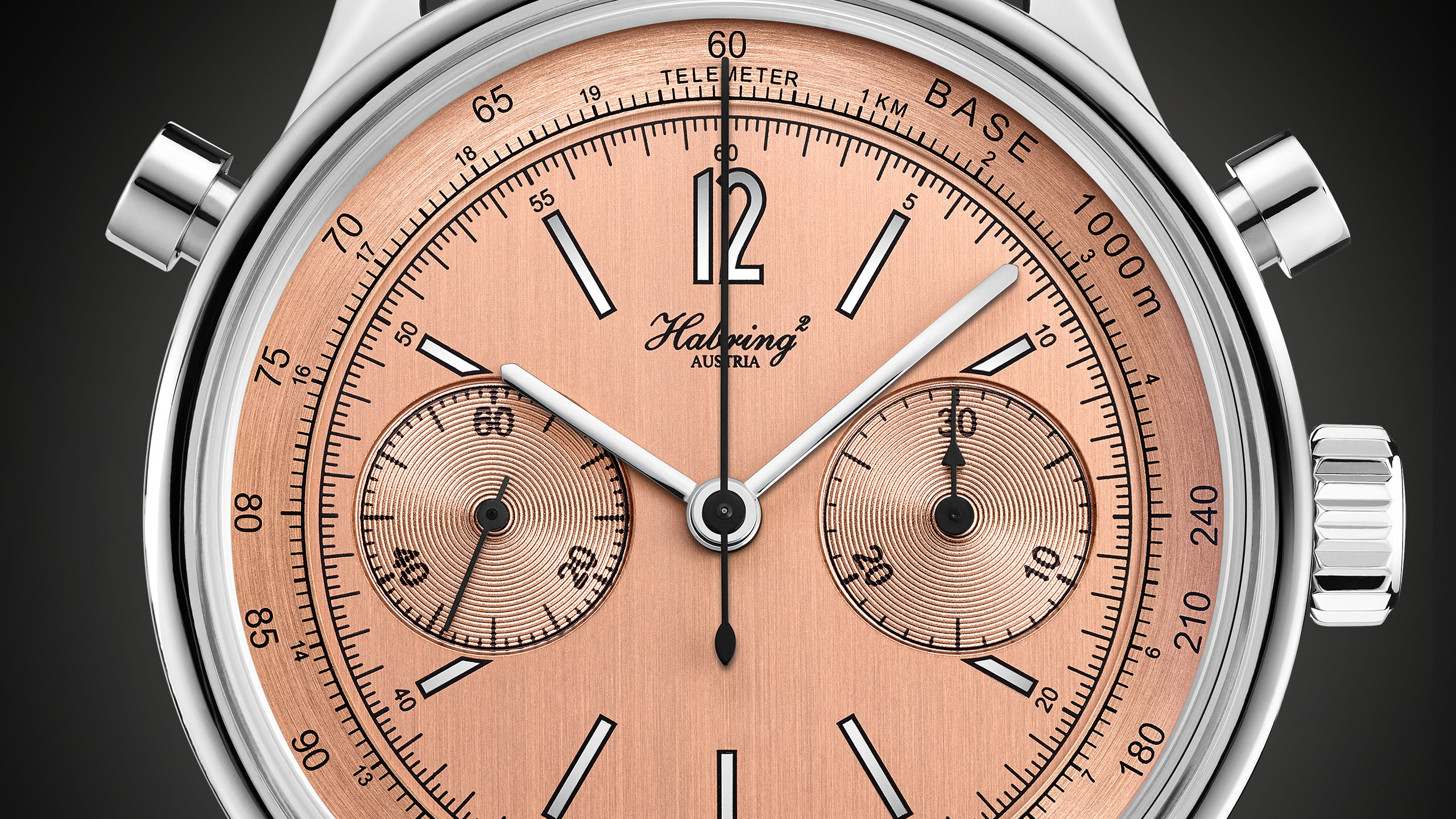