The return of a cult watch initially created in 1985 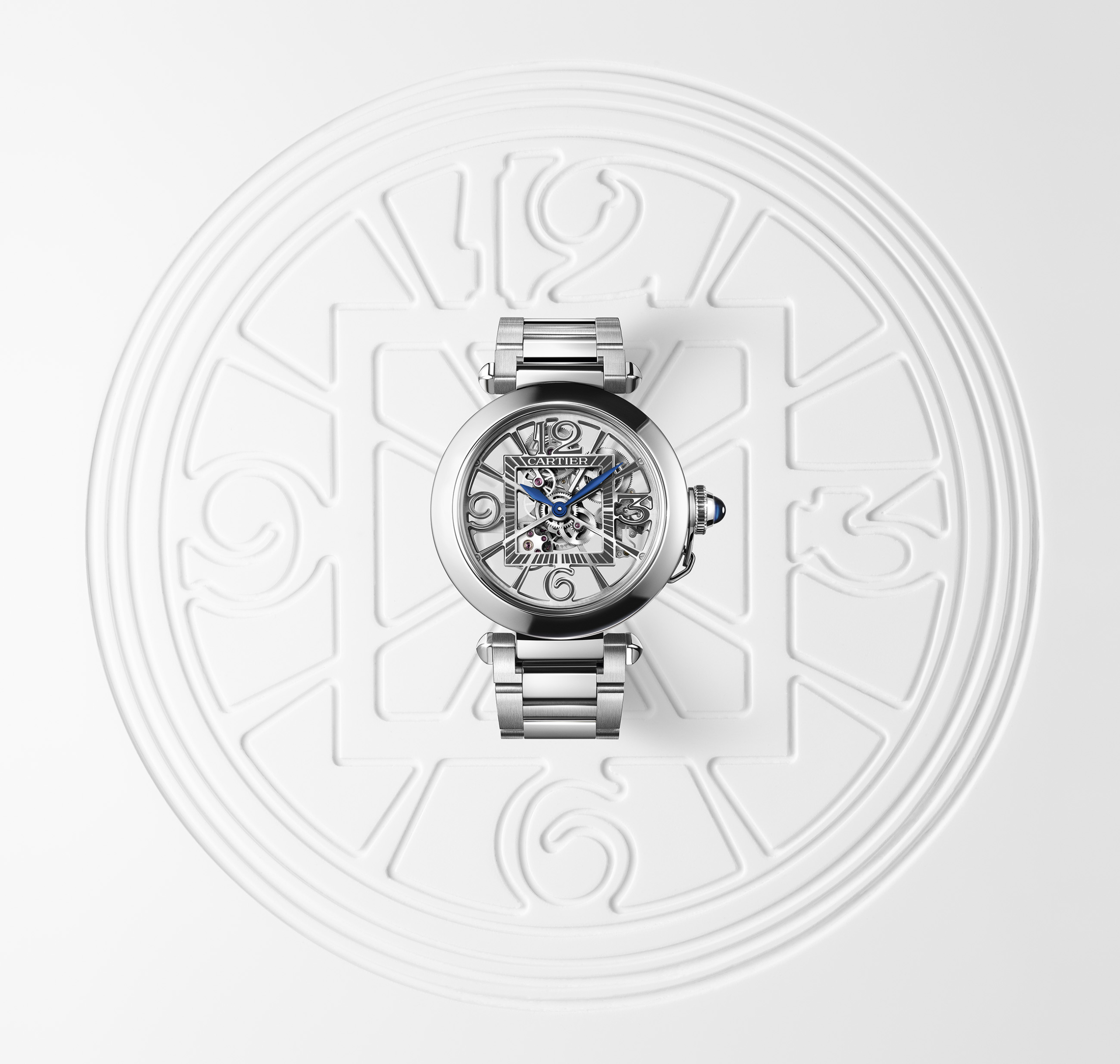 With its distinctive codes and extraordinary design, the Pasha de Cartier watch is for those who think big. A broad worldview which echoes a whole new generation of successful talent. Their success is reflected in new, unique and diverse creative projects being launched in 2020 that set them apart from previous generations.

A community of personalities that positively favour a multidisciplinary approach sharing open-mindedness and strong connections.

Their ambitions are as bold as the Pasha de Cartier watch — an extro- verted watch which steps outside of the box of classic watchmaking, where nothing is off-limits. How? By setting itself apart, embracing an assertive graphic signature. A square filigree rail-track is found in the circle of its dial, imme- diately introducing a nonconformist watch that harmoniously brings opposites together. Four bold Arabic numerals ensure an ultra-con- temporary, oversized appearance.

Its striking design challenges the predominance of round shapes in watchmaking, and amplifies its presence, originality and singulari- ty. The bracelet is accentuated by the clous de Paris whilst its chained crown ensures maximum visibility.

That’s why the Pasha de Cartier has been a cult watch since its crea- tion in 1985. At the time, its power caught the eye of the generations’ opinion leaders. Initially adopted by men; then immediately appropri- ated by women for the power it exudes.

A standout watch that loves light, assumes its excesses and asserts its strength of character. Faithful to the original model but even more sophisticated with its crown featuring a blue spinel or sapphire, interchangeable strap and its multiple possibilities of personalisation, the Pasha de Cartier watch for the 2020s is classic yet contemporary and remains as edgy as ever.

A watch that can be personalised

With the Pasha watch, Cartier is unveiling a new customisable engraving. Carved in the form of ini- tials, the engraving appears under the crown cover, secret and undetectable. Indeed, it is only revealed when the famous chained crown of the Pasha de Cartier watch is unscrewed.

The new Pasha de Cartier watch features an innovative strap in keeping with the spirit of our time. It responds to new lifestyles, supports change and adapts easily to different situa- tions, depending on the colours and materials chosen.

In steel, gold or leather, all versions can be interchanged thanks to an adaptation of the Cartier-developed QuickSwitch system. This invisible mechanism blends into an architecture located under the case and is activated by a single push. 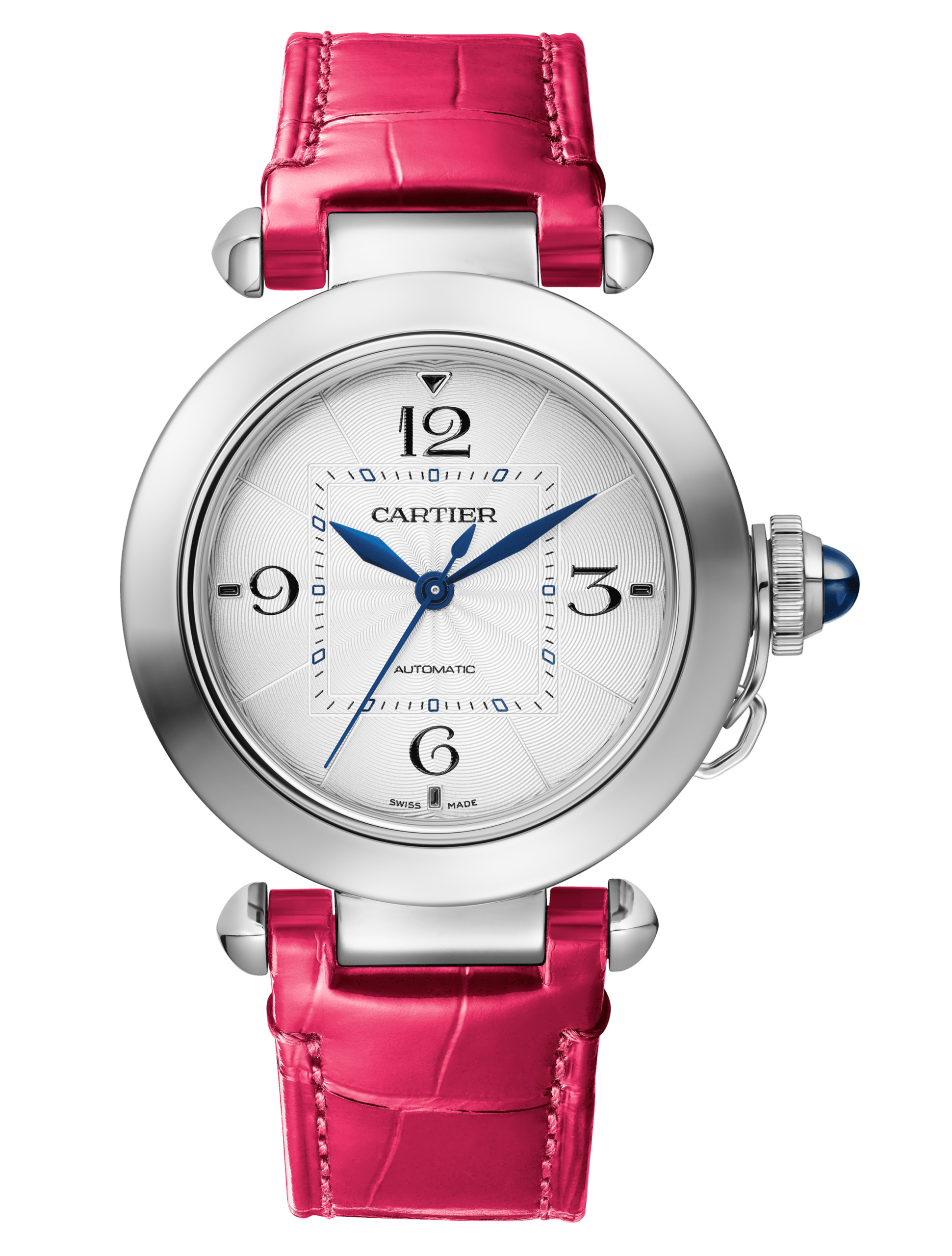 The sizing adjustment of the metal bracelet to the nearest link has been added to this cutting-edge technology. The SmartLink system, which has been registered for a patent, allows the bracelet length to be adjusted by the owner without the use of a tool. Each SmartLink link is equipped with a push button that releases the fixing bar allowing removal or addi- tion of the metal links of the Pasha de Cartier watch. 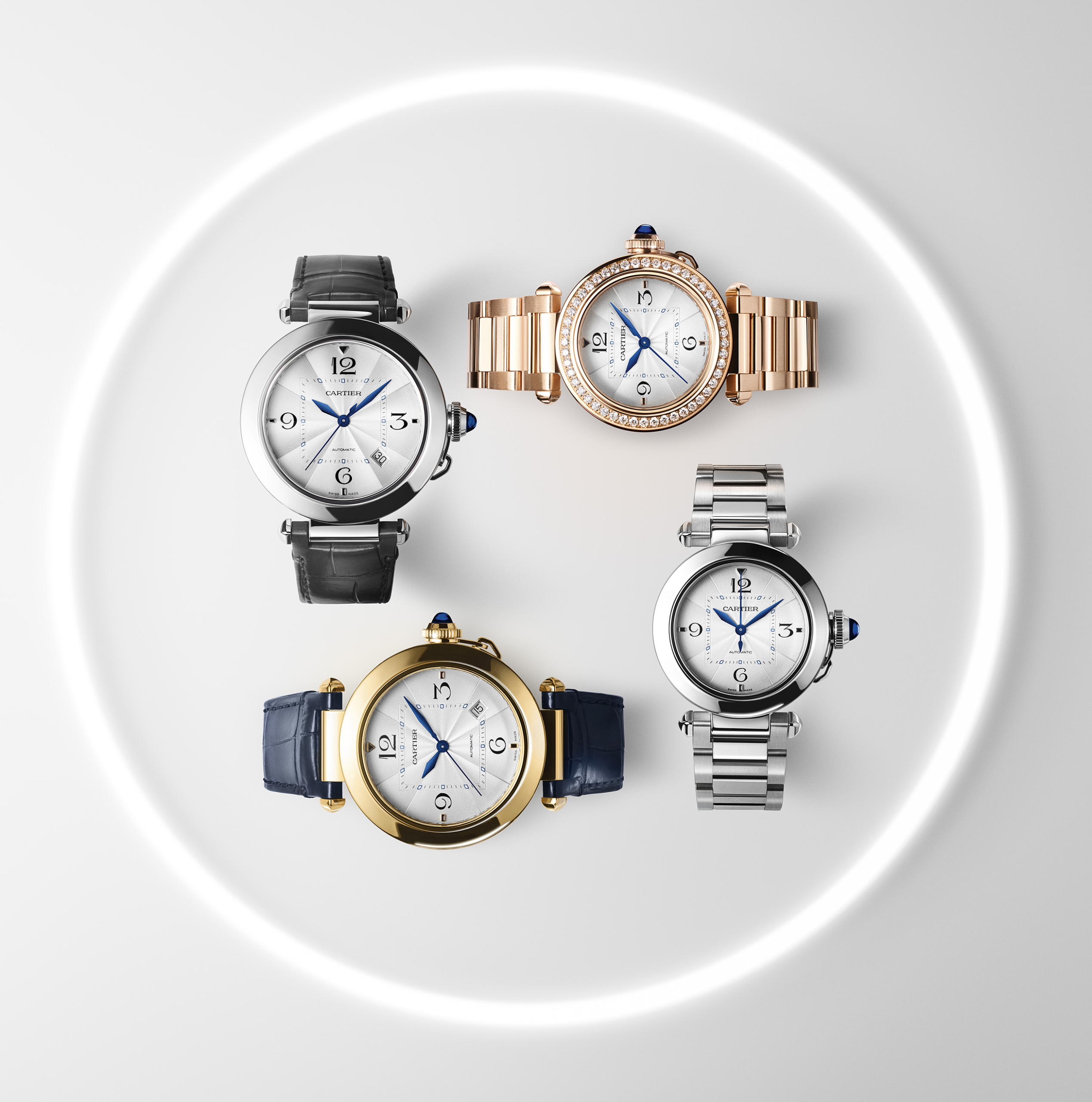 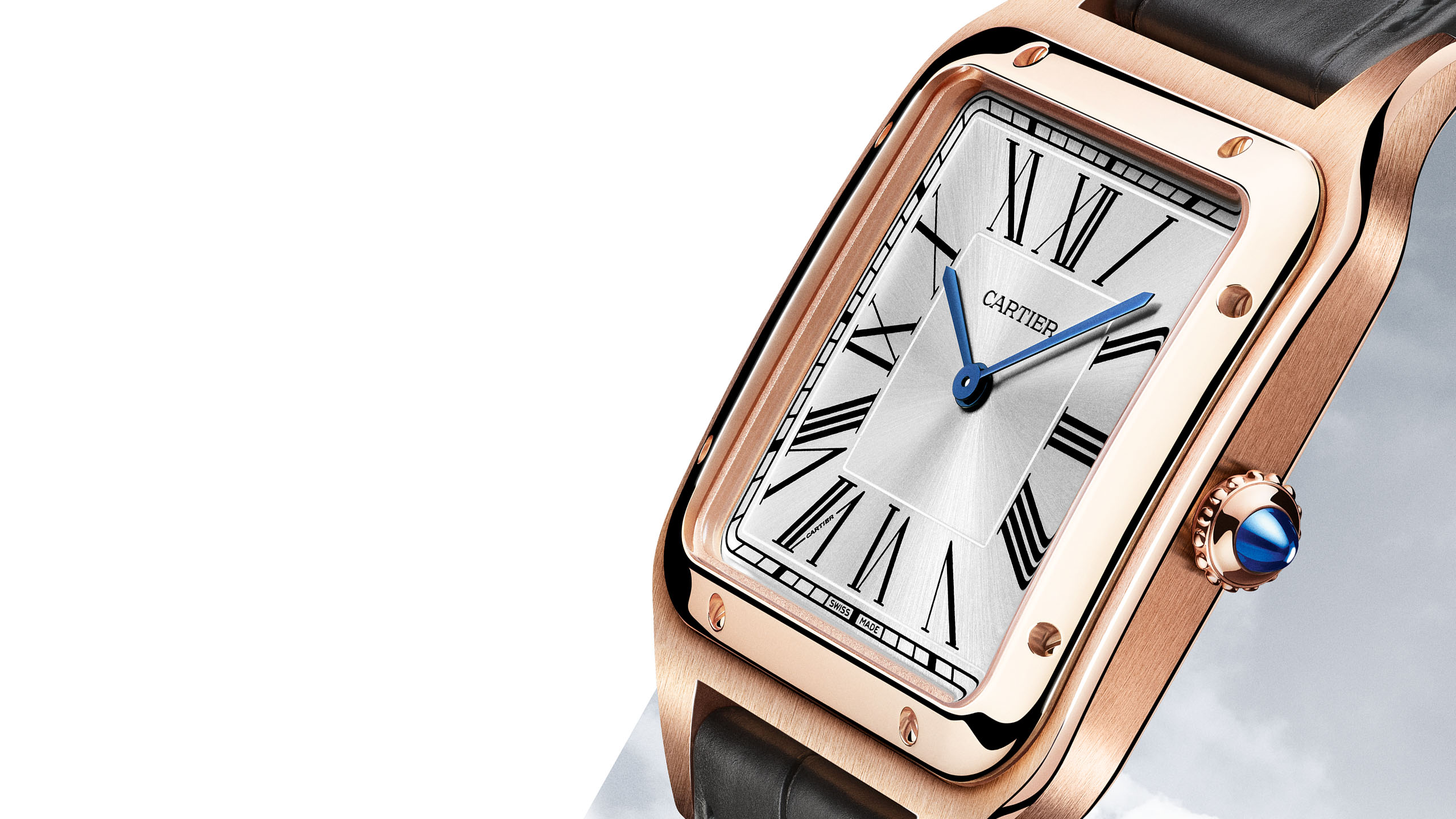 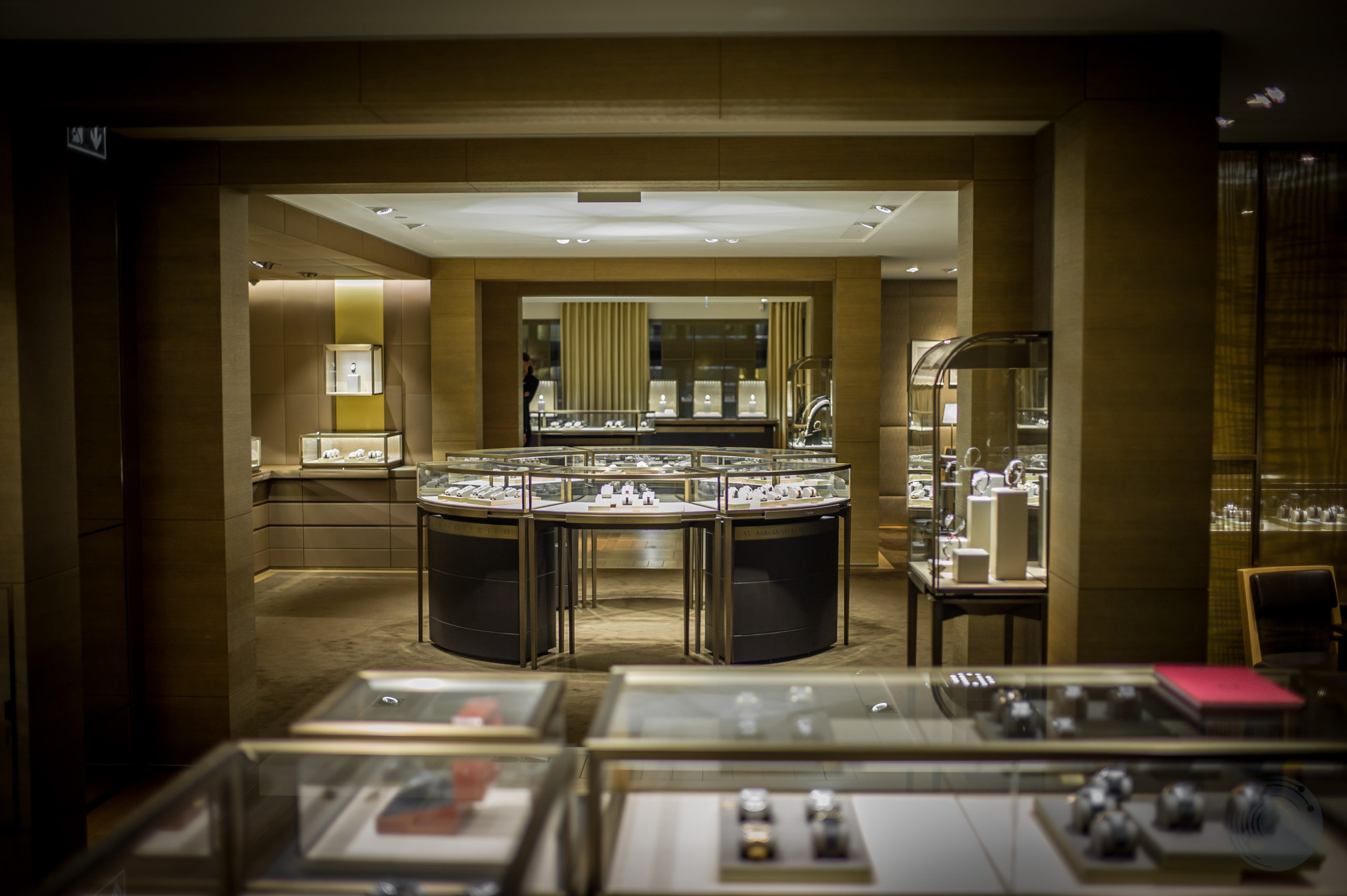