Mr. Chaykin, don’t be so serious!

As a rule – at least we think so – watchmaking has thoughtful and severe face. Sure! Watchmakers work in Universe of strict and definite rules of the game where all impulses, inertia, momentum, gear ratios, amplitudes, lift angles have already and forever been calculated. Everyone is familiar with classical mechanisms and design versions. Konstantin Chaykin offered new – off the beaten track – look on the watch. He decided to invent mechanical watch as a kinematic piece of pop-art. He was courageous enough to release monster from a snuffbox, to create new spirit of high mechanics – always changing, spectacular and provocative… This time the idea came out from comics.

Imagine the creature, irrestrainably laughing and at the same time tragic and – so as to keep the balance (watchmakers try to keep the balance in any situation) – poisonously malicious. What this creature will be? Certainly, Joker! Let’s welcome Joker! First, this is the card in a poker game that is able to knock over the course of a game, that appears for every poker hand to be beaten, that creates special hands or freak hands and provokes courageous and deadly dramatic courses of the game. Who cares if the risk is not 100% guarantee of success? Joker is synonymous to good luck, joker is the cue for how the destiny can turn everything into the joke.

20000 grimaces of high watchmaking art
Watch with a classical dial is truly impressive just for few times a day. Every watch with hands in dial modestly laughs at 10:10 and 13:50, and expresses moderate sadness at 15:40 and 20:20. New ‘Joker’ watch, presented by Konstantin Chaykin in BaselWorld-2017, is fitted with disk hours and minutes indicators as well as moon-phase display. New ‘Joker’ obviously has non-poker face because it is highly emotional and unpredictable – every minute. We counted that human eye will easily recognize more than twenty thousands of various grimaces, from hopelessly moody at full-moon 15:42 to flamy tongue-in-cheek at first quarter of the moon 15:48. Isn’t it amazing that Joker’s mood is manipulated by our nearest space neighbor more than any other creature? Nevertheless, most of the time Joker exhibits devil-may-care feeling, so you just want to say him “Gimme Five!”, as ‘Five of a Kind’ highest poker hand is engraved on the bezel of the watch case. ‘Five of a Kind’ is the highest poker hand, that is impossible to beat, and regarded as the sign of incredible luck.

Especially for ‘Joker’ watch Konstantin Chaykin had developed module with double-disk time indication (hours and minutes as Joker eyes) and moon-phase display (Joker’s recognizable smile). The module has 8 jewels for friction reduction, it is mounted on tried and tested ‘workhorse’ automatic winding Caliber ETA 2824-2. Additional fixed crown set in 9-o’clock position is fitted with recessed corrector provided for correcting the moon-phase display. The new ‘Joker’ watch is available in a stainless steel, the edition is limited to 99 pieces. 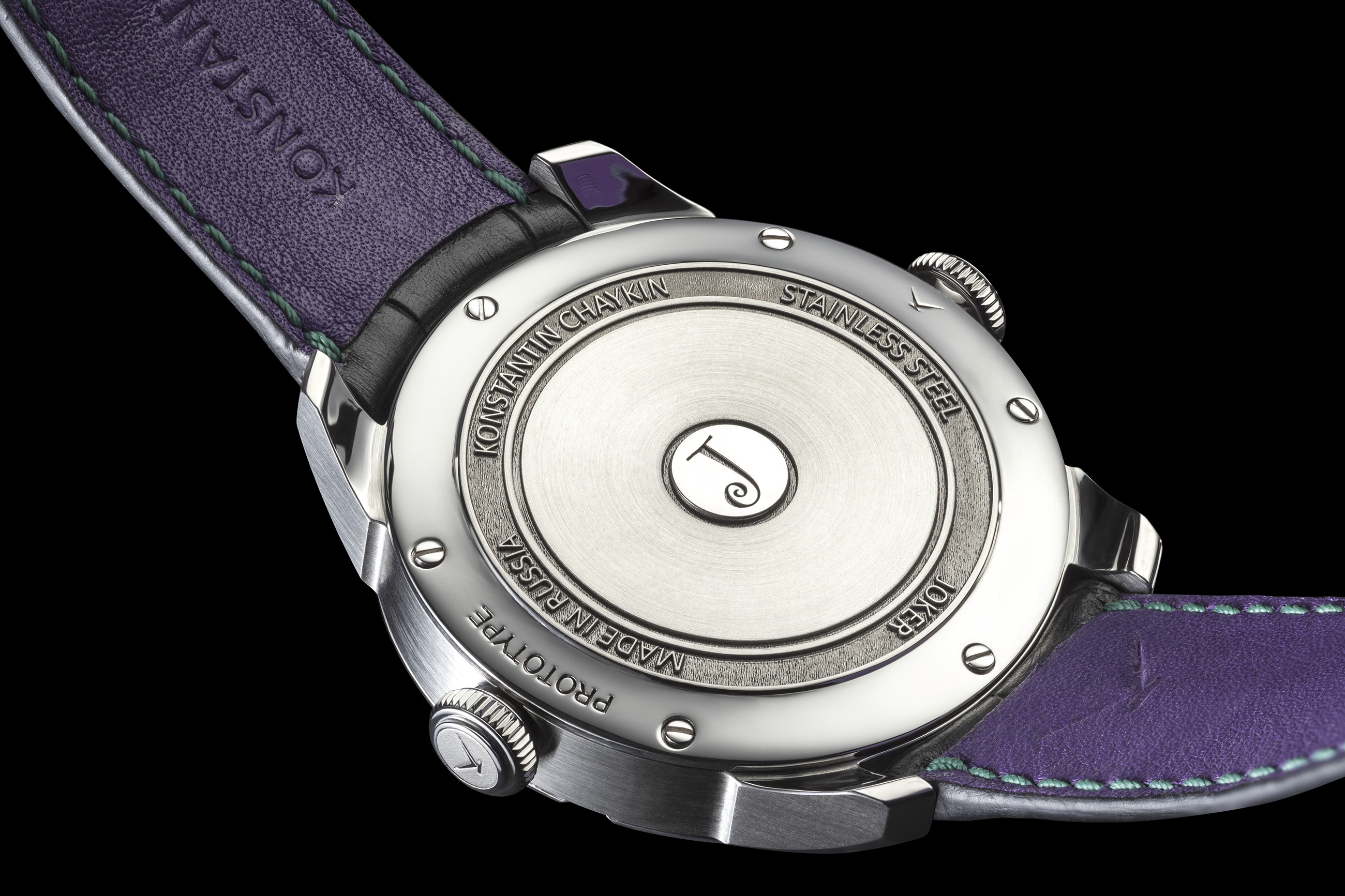 Inventive watchmaker from Russia
Russian inventor and independent watchmaker Konstantin Chaykin is considered to be true master of challenging stereotypes. Were there any tourbillon watches and clocks produced in USSR and Russia since 1917? In 2004 he finished the first table tourbillon clock completely made in Russia. According to European tradition this clock could be considered as apprentice’s masterpiece. Russian watchmaker didn’t manage to get international recognition? In 2010 he was accepted into Academy of independent watchmakers (AHCI, Académie Horlogère des Créateurs Indépendants), based in Switzerland, the world’s cradle of fine watchmaking. The achievements of great Soviet engineering tradition were not embodied in modern watchmaking? In 2011 Konstantin Chaykin launched ‘Lunokhod’ wristwatch, equipped with impressively large spherical 3D moon-phase display, the largest one of all indicators of such type used in wristwatches. He devoted ‘Lunokhod’ to the Soviet space program of remote driving rovers designed for Moon investigations (‘Lunokhod’ means ‘moon walker’ in Russian). It’s impossible to overcome Swiss watchmakers, playing their game? Konstantin Chaykin went to the heart of traditional mechanical watchmaking art of Switzerland and created his own construction of mysterious time indicator that actually was reinvented and optimized by him and used in ‘Levitas’ collection since 2012. Has everything already been invented in watchmaking?

In 2013 Konstantin Chaykin found a way to combine watchmaking and cinema arts, developing ‘Cinema’ watch – the first ever wristwatch equipped with zoopraxіscope, an early mechanical device for displaying motion pictures. Is it much harder to imagine and design watch with the simplest appearance than to make complicated mechanical watch? Konstantin Chaykin disproved that in 2014 by releasing ‘Genius Temporis’ watch equipped with switchable system of single hand used both hours and minutes. Didn’t Russian watchmaker have any chance to be mentioned in watch encyclopedia or in chronology of watchmaking art? In 2007 Konstantin Chaykin entered the small circle of just a few watchmakers who were able to calculate and develop mechanical clock with Computus function, designed to indicate Easter date automatically. Moreover he is the first in creating clock with Computus function for Orthodox Easter date indication. By now he developed the second optimized version of this horological supercomplication.
And still… 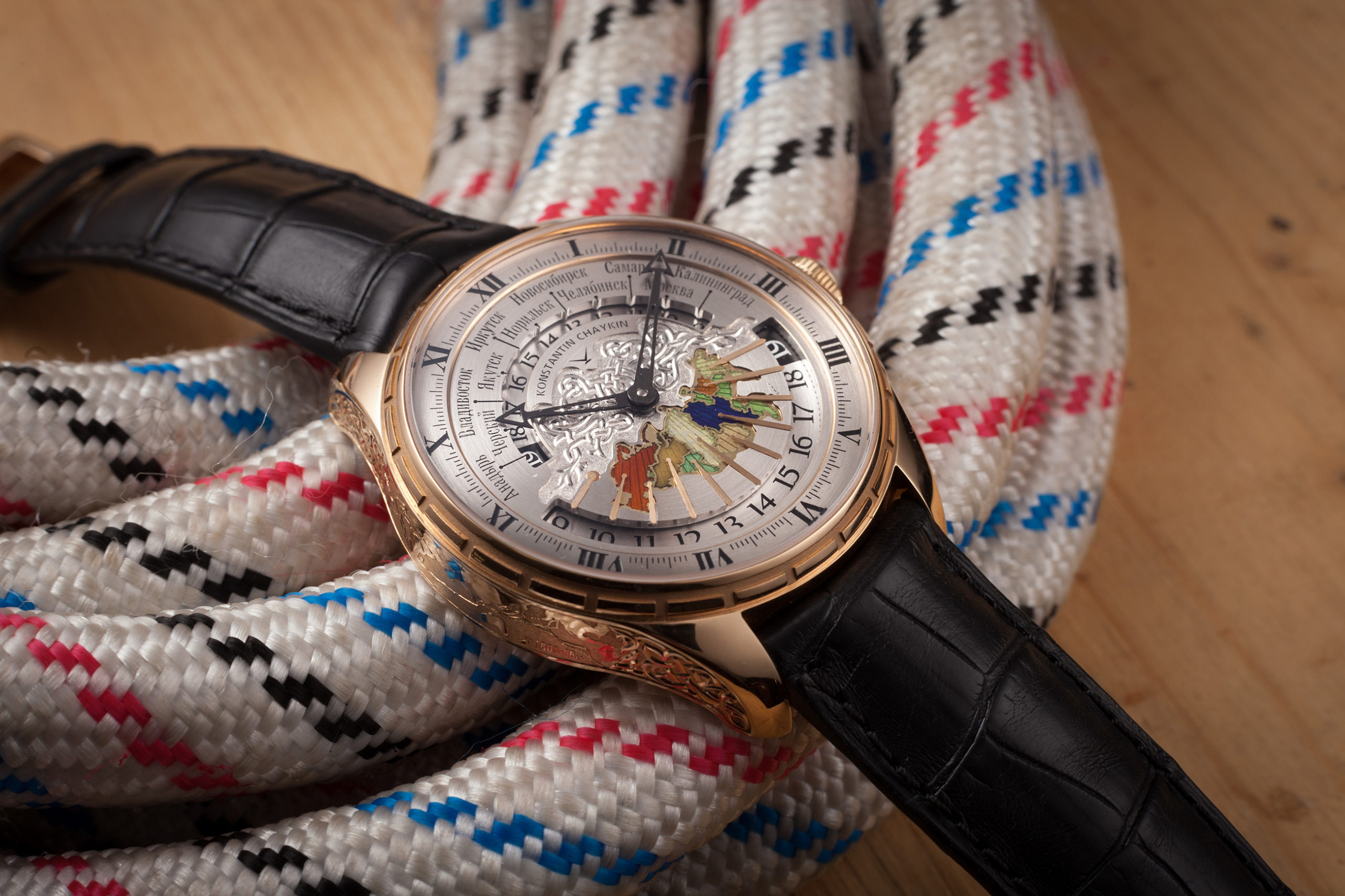 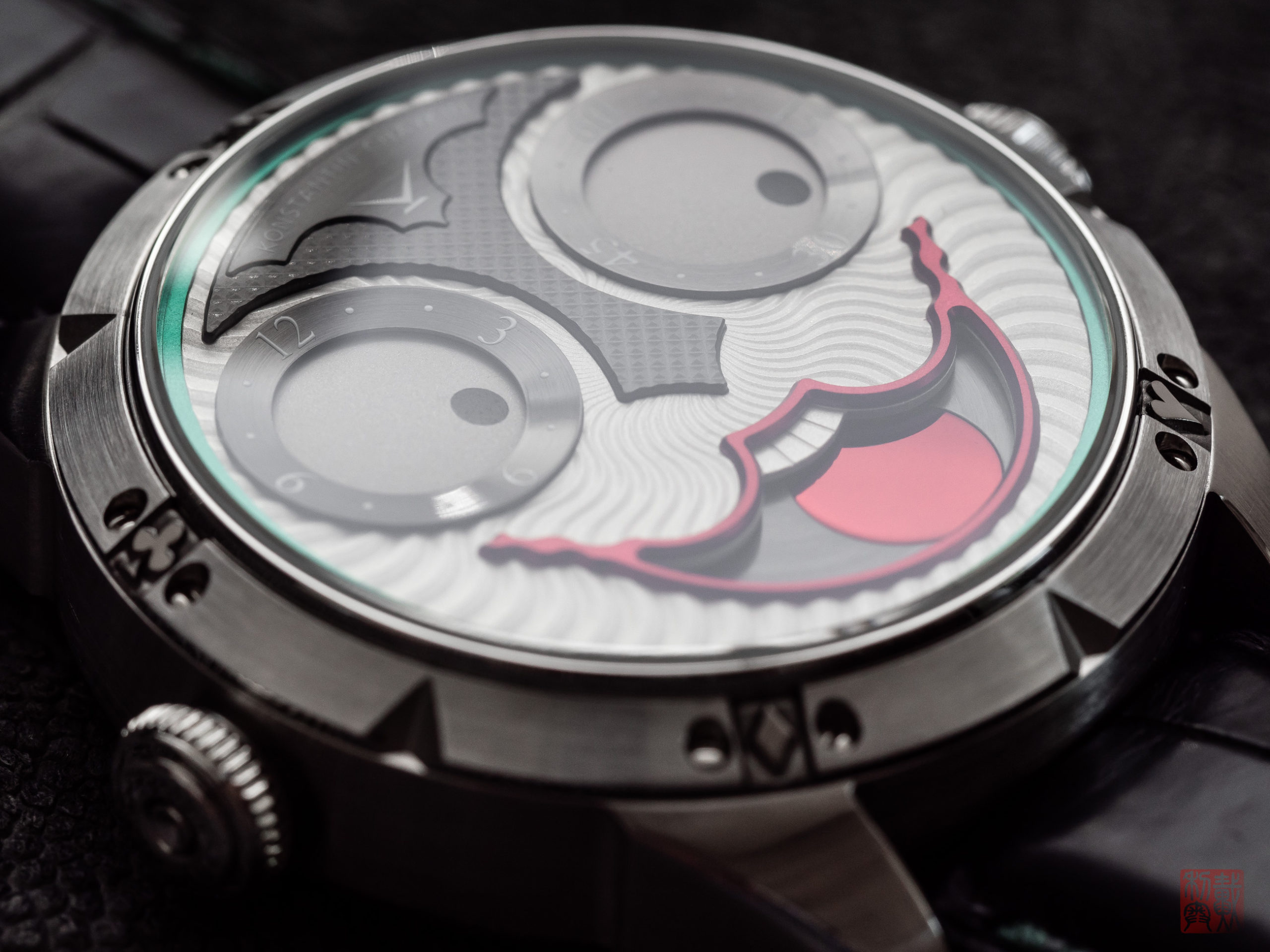