In 2017, this famous aviator’s watch with its distinctive design expresses its trailblazing style in chronograph mode. With its sandblasted black dial and its khaki green oily nubuck leather strap, it showcases a neo-retro look fuelled by an adventurous spirit. Exactly like that of the aviation pioneers that the Manufacture accompanied right from the early days of flight. 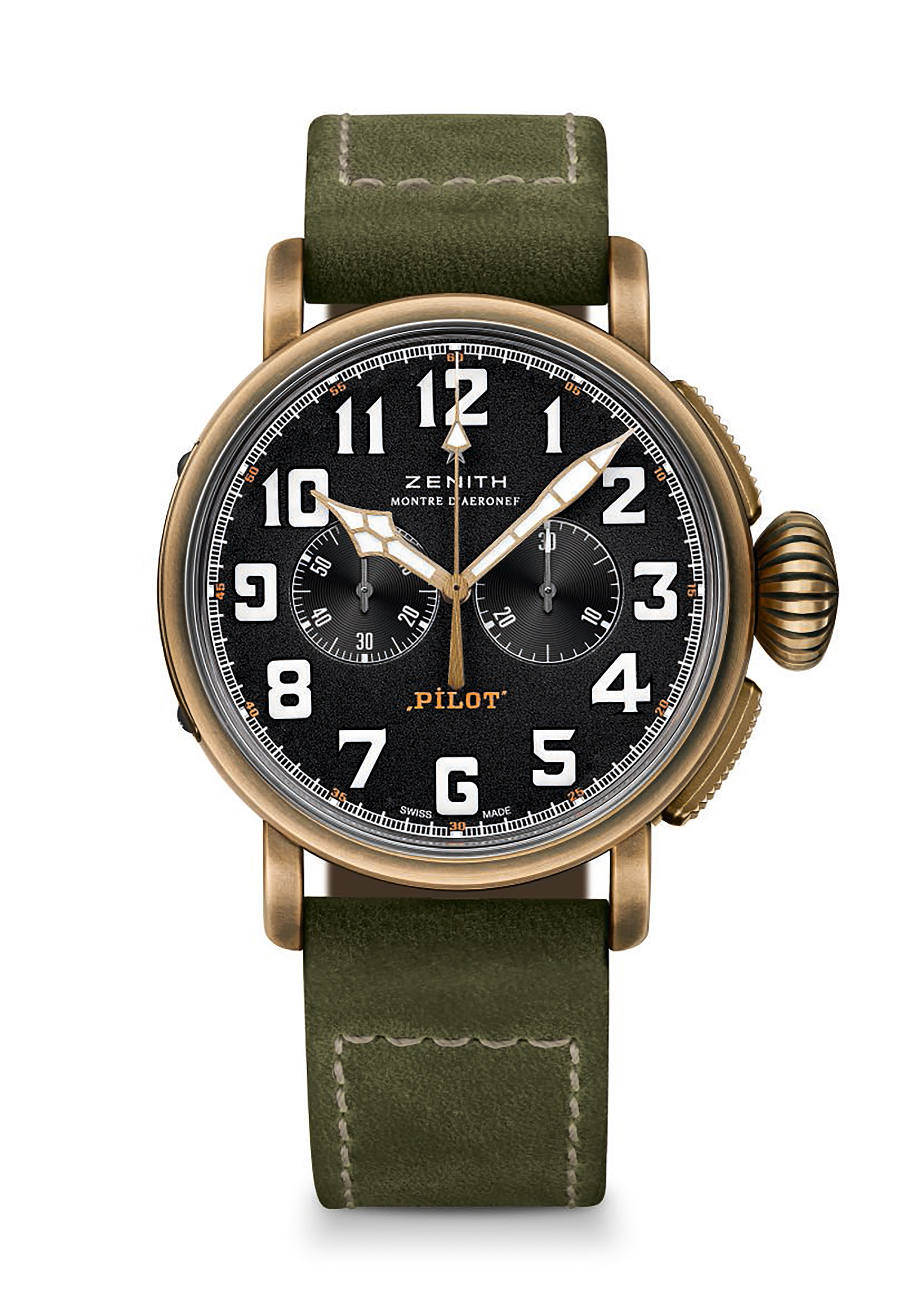 With its noble bearing and vintage patina, the new Pilot Extra Special Chronograph is imbued with the intrepid heritage of high-flying heroes. A natural heir to the onboard instruments developed by Zenith in the early years of aeronautics and known for their precision, sturdiness and outstanding legibility, this chronograph – with its virile bronze case, its high-frequency El Primero ‘engine’ and its black dial bearing green-emission SLN Arabic numerals – sports the vigorous typology of these iconic pilot’s watches.

Topped by a domed sapphire crystal, the new sandblasted black dial picks up the font of the original large Arabic numerals, made from blocks of white (green-emission) Super-LumiNova® SLN C1. The luminescent facetted hands sweep over this distinctive watch face, also punctuated by two counters and a railway-type minutes track. The inscriptions “Montre d’Aéronef” and “Pilot” are a reminder that the Manufacture was one of the first producers of altimeters and cockpit watches at the dawn of military and civil aviation. 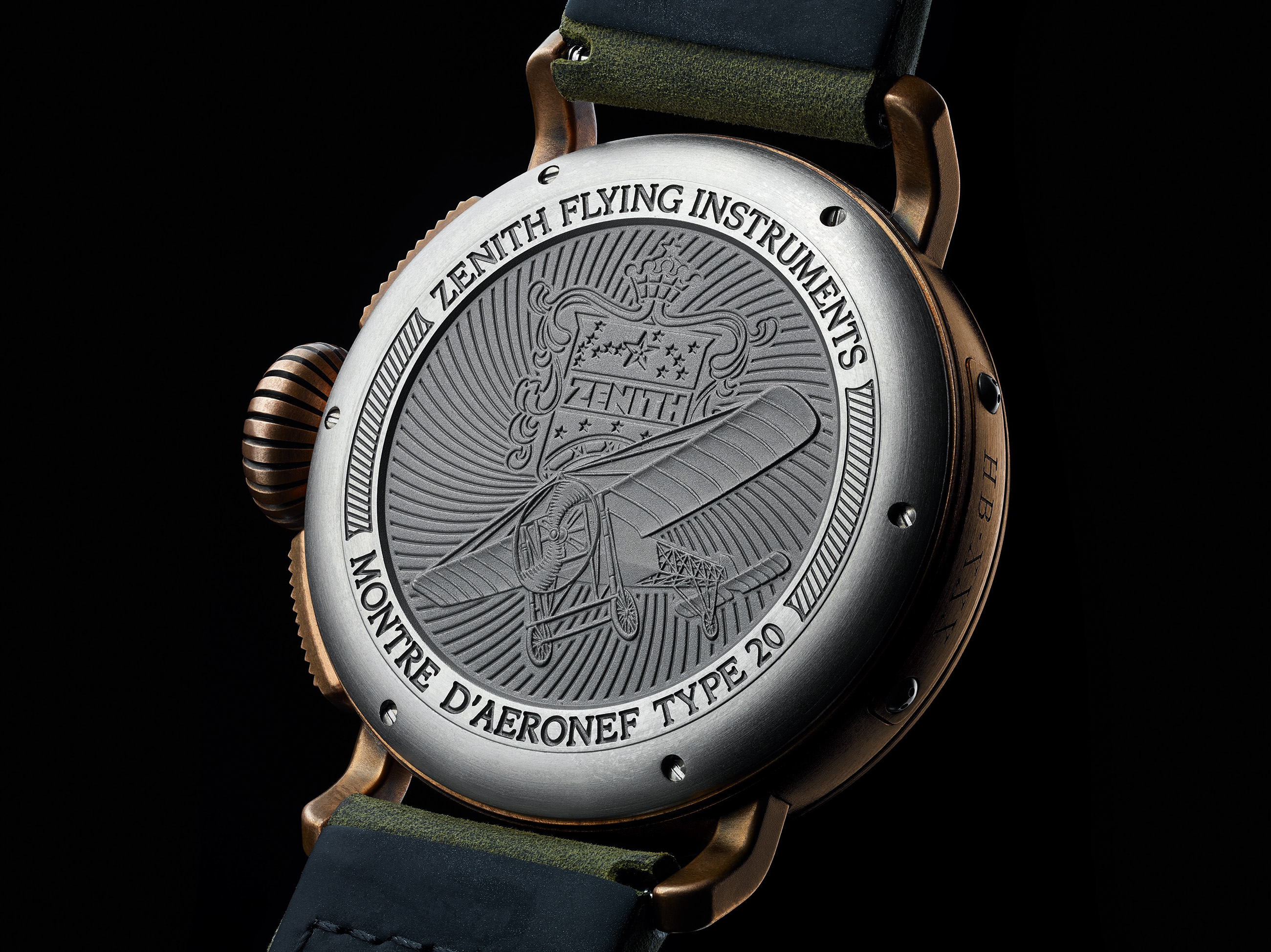 Dizzying mechanism
At the heart of its 100-metre case hums an ‘engine’ known for its legendary precision: El Primero Calibre 4069. This high-frequency column-wheel chronograph movement is a descendant of the world’s most accurate series-made chronograph, developed by Zenith and presented in 1969. Beating at a rate of 5Hz enabling a tenth-of-a-second display, it drives the central hours and minutes, small seconds and chronograph functions, while ensuring a 50-hour power reserve.
In a nod to its aviation origins, the solid titanium case-back depicts the plane flown by Louis Blériot when he crossed the Channel in 1909 with a Zenith on his wrist, along with the Zenith flight instruments logo, complemented by a motif inspired by the fuselage of the legendary French pilot’s aircraft. Built for exploring far horizons, this Pilot Extra Special is harnessed to the wrist by a khaki green oily nubuck leather strap with beige stitching, rubber-lined and secured by a titanium pin buckle. 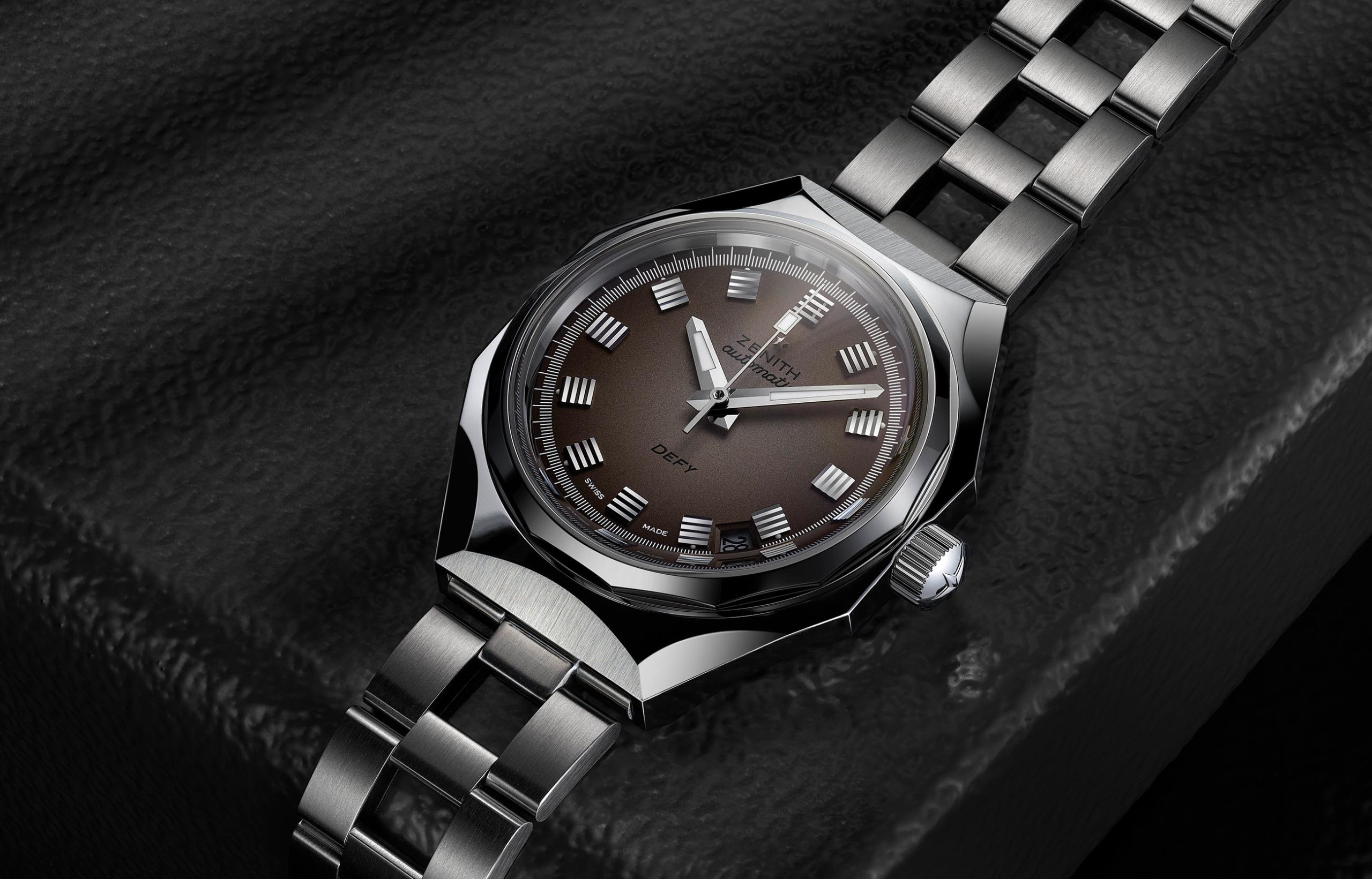 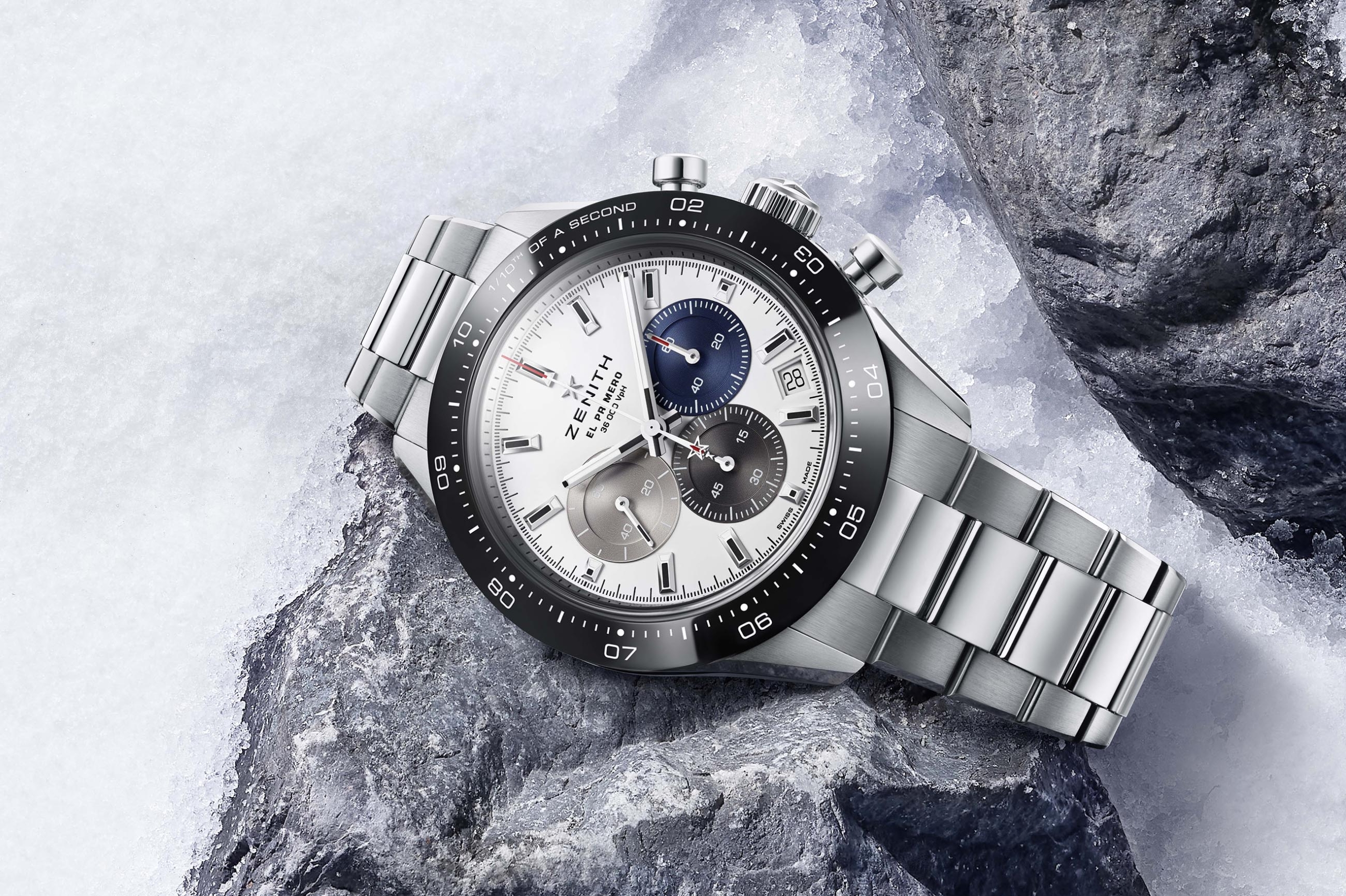 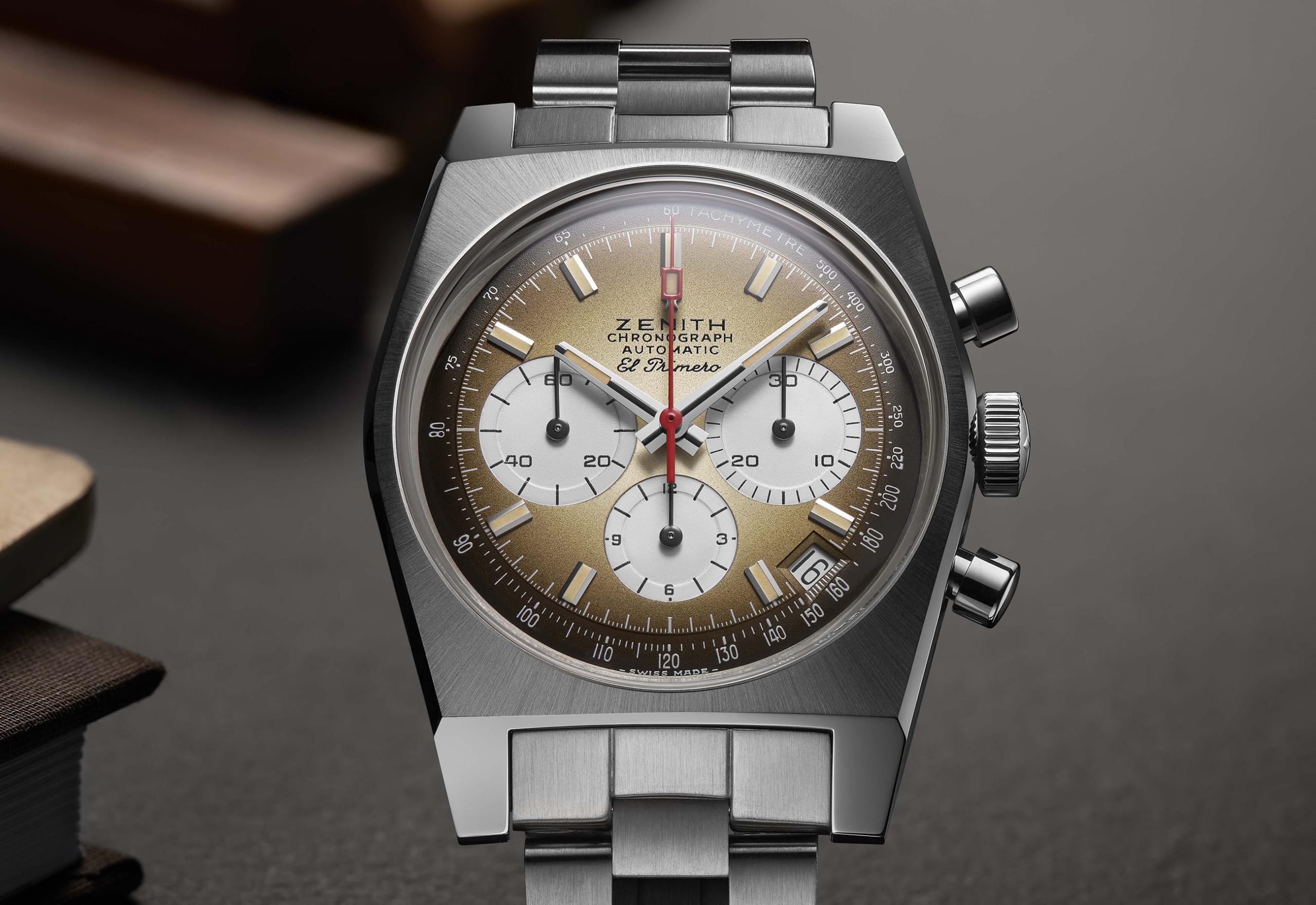